Ruth Langsford, 60, and her Loose Women colleagues looked back on their memories of Lynda, who passed away almost six years ago after a battle with cancer. The mother-of-two was one of the ITV panel show’s biggest and most beloved stars, and to mark the anniversary of her death, her former co-stars played a number of clips from her days sat alongside them. Following the tribute to the late broadcaster, the This Morning host admitted the montage was “hard to watch” as she remembered her friend before talking with Lynda’s son via video link.

Lynda served as a panellist on the show for six years and made a final appearance as a guest in 2014 shortly before she passed away in the October of said year.

In tribute to his mother, the broadcaster’s son Michael joined Ruth and her fellow presenters to speak of his own memories of the late actress.

Beginning the interview with her friend’s eldest child, the host said: “It’s quite hard watching that because we were all friends with your mum.”

Commenting on the touching montage, Michael explained “it was very emotional” and “very sad to see” six years after his mother’s passing.

Taking to Twitter, viewers also spoke of their memories of Lynda and how much they missed the mother-of-two on-screen. 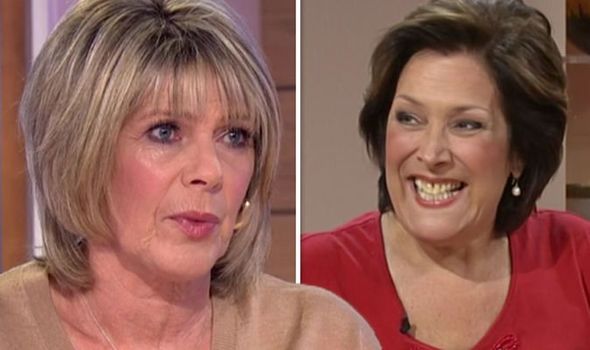 One viewer wrote: “Ahh, I still miss Bellers. Lynda Bellingham was an amazing lady, she was honest, funny and outrageous but always warm and kind. Still sadly missed. #loosewomen.” (sic)

“As a Father of many, I am sure Lynda Bellingham would be extremely proud of both her sons! A lovely piece for a change. @loosewomen #LooseWomen,” a third posted.