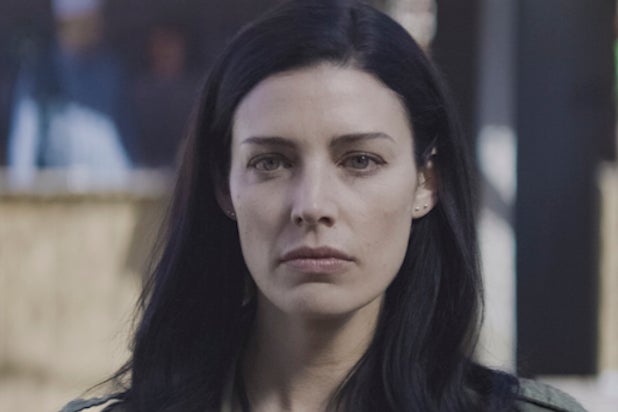 (Warning: This post contains spoilers for the Season 4 premiere of “SEAL Team.”)

Toward the end of the two-hour Season 4 premiere of CBS’ “SEAL Team,” Mandy Ellis (Jessica Paré) tells her dear friend and teammate Jason Hayes (David Boreanaz) that she’s made the difficult decision to leave her life of service. And with Mandy’s exit from the Navy SEALs team comes Paré’s departure from “SEAL Team.”

Following Wednesday’s premiere, CBS revealed Paré will no longer be a series regular on the drama, but will return later in the season to make her directorial debut with an upcoming episode.

“Our show strives to be as authentic as possible to the experiences of our service members, and similar to real life, SEAL Team units change and evolve so in our show some of the characters move on as well,” showrunner Spencer Hudnut said in a statement. “Over the last 3 seasons, we’ve seen how war takes a toll not just physically but mentally and emotionally. In this new 4th season, many of our characters will be at a crossroads and confronting tough decisions in their careers. For Mandy’s story arc, it was finally time for her to retire and leave this life of service, but this does not mean we won’t potentially see her again later.”

Hudnut continued, “On a personal level, we love Jessica and she has and will always be an integral part of the SEAL Team family. And we are excited to announce that she will actually be coming back behind the camera as a director for an upcoming episode this season, and this will be her directorial debut.”

Paré has been with “SEAL Team” since the series premiered in 2017. Along with Boreanaz, the show’s other series regulars include Max Thieriot, Neil Brown Jr., AJ Buckley and Toni Trucks.