What a life. Sidonie-Gabrielle Colette grew up in the country, the daughter of a free-thinking mother and a war-hero father, where she could run wild in a way that girls born in 1873 were rarely expected to do. At 20, she married a Parisian publisher, writer, raconteur and notorious libertine who went by the very apposite pen-name of Willy; at his urging, she wrote a novel based on her own youth. Claudine became a rage among teenage girls. It even sparked a "Claudine" preppy fashion among the fans.

Colette, as she was known, went on to take lovers both male and female, sparked a riot at the Moulin Rouge when she kissed her female lover on stage, then, having divorced Willy, married a man and had an affair with his 16-year-old son. Meanwhile, she kept writing elegant, witty novels; in middle age she was nominated for the Nobel Prize. When she died in 1954, she was given a state funeral – the first woman of letters to be so honoured – having been refused a church service because, apart from everything else, she was twice divorced. 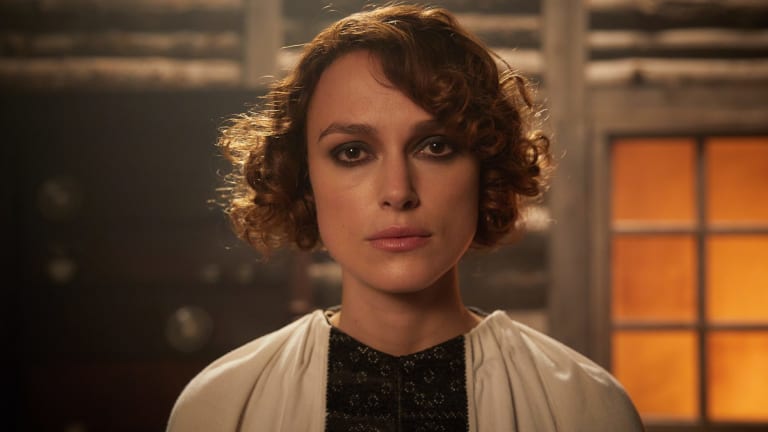 Colette was, in short, everything English-speaking people used to imagine the French to be: artistic, intellectual and fabulously immoral. You feel that fizz of scandalised attraction at every turn of Wash Westmoreland's Colette, which stars Keira Knightley as the tearaway writer making her way through parties and assignations while steadily trying to extract herself from Willy's increasingly exploitative clutches. Dominic West plays Willy, who publishes all his jobbing scribblers' work under his own name. He soon realises he has hit paydirt with his young wife; the last thing he intends to do is allow her to put her own name on his company's newfound golden eggs. After all, he has a complicated lifestyle to finance.

Knightley says she recognised Willy as soon as she read the script. "I know a lot of men who are magnetic but I wouldn't want to be in a f—ing relationship with them," she says. "What I loved about the whole story was that yes, he is the villain, but you understand why they were together. I think he was probably the person who was the most fun at a party. He was the person you wanted to go on a night out with because, like, where would it end? 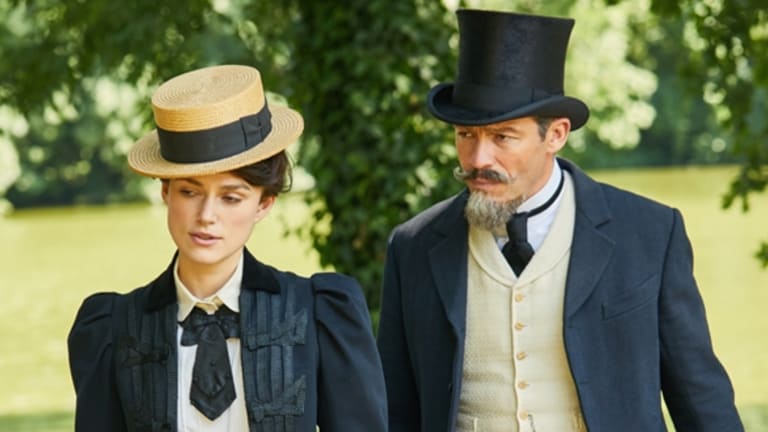 Keira Knightley and Dominic West in Colette: ”He wasn’t allowing her to have her own identity,” says Knightley.

"But then obviously he was taking her voice away; he wasn't allowing her to have her own identity. And at the point where she is about to become a victim, she moves on. That's what I loved about it, that she doesn't become that. I love that strength of character."

Willy is not quite a villain, in fact. Dominic West, who is best known for playing Jimmy McNulty in The Wire, says he imagined Willy to be a little like Orson Welles, albeit without his talent.

"In every scene in the film I'm eating or I've got something in my mouth," he says. "Willy is not great like Welles, but he does have a voracious appetite for food and sex and life and money and I think Welles is a good reference for that."

West looked for things to like in Willy; he even found him poignant. "He's very much a Salieri figure: someone who had been a huge star and famous for something he wasn't any good at. Because the fact is that he was a massive star – 3000 people came to his funeral 20 years after this film ends – but I think fame makes it even worse when you're a fraud. It compounds the feelings of being an imposter." 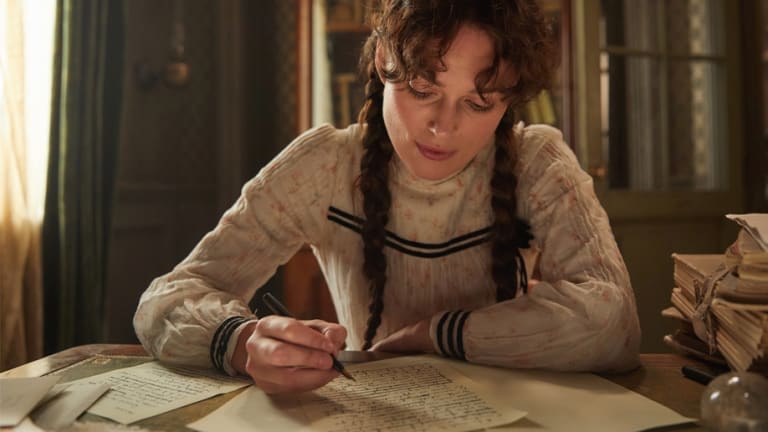 Many critics rates Colette’s literary talents above those of Proust.

Colette has been a long time in the works. Westmoreland wrote the script with his late husband, Richard Glatzer, in 2001. "It took so long to push it forward," he says. "We must have gone through 15 drafts. There were three title changes." In the meantime, they directed four other features including Still Alice (2014), in which Julianne Moore gave an Oscar-winning performance as a woman sliding into early dementia.

Glatzer, who lived with motor neurone disease, died in 2015. He was the initial Colette fan – "His birthday was the same day as Colette's and he spoke fluent French and was a complete Francophile" – but Westmoreland was an immediate and enthusiastic convert. 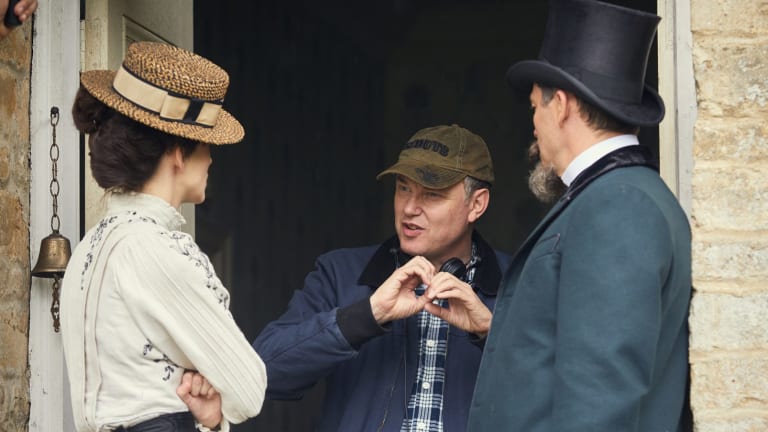 Keira Knightley with director Wash Westmoreland and Dominic West on the set of Colette.

"Reading her books, you come into contact with this tremendous personality you just feel very drawn to," he says. "As a gay man growing up in the closet in the north of England, I often thought 'How am I going to live my life? How am I going to break through and do something in the world?'. And Colette sets a great example. In a way, she came out. She just went with her inner compass rather than what people were telling her, breaking ground before the words lesbian, bisexual or gay were even coined."

Knightley ably embodies this rebellious vitality. If there is rather less sense in the film of what a literary titan Colette was, perhaps the life will entice readers to the work. Many critics rate her above Proust; she was considerably more serious than the Claudine craze or the huge, Oscar-scooping success of Gigi, the 1958 musical adaptation of her 1944 novel, might suggest.

What Westmoreland does conjure is a sense of time and place. "Cinema is the closest we'll get to experiencing another time," he says. "So we really wanted to get the palette right, the music right, the sense of aristocracy meeting artists; Paris was the cultural capital of Europe at the time."

Colette was shot in Budapest, partly for budgetary reasons but also because it was modelled on Paris and remained largely intact through the communist years. Budapest even has a Moulin Rouge nightclub that, says the director, is more like the original than the Moulin Rouge in Montmartre, which has been extended "and is now more like a Las Vegas nightclub".

But it is the hum of the city – that French feeling – that makes Paris a character in its own right. "If you compare it to Victorian London, that was so much more uptight," says Westmoreland. "There were no major wars in Europe between the Franco-Prussian War and World War I. When societies are at peace they have more time to explore the human condition. France was moving away from the teachings of the church, so people were challenging a lot of conventional mores. A lot of Colette's core beliefs come from that change." She was a great enthusiast for exercise, for example, at a time when girls' schools were just beginning to introduce sport.

And, of course, it was naughty. Across the Channel, they spoke of French knickers, French letters, French kisses. The French were just being enviably French. "I suppose the impression I got – and maybe this is another English fantasy – was that the reason Paris was the most interesting place to be was because it had a permissiveness, a tolerance that Berlin had in the '20s but London didn't have and I don't think has now," West says.

There is still a rigidity around gender and sexuality in Anglo societies, he believes, even though the goalposts have shifted. "With most period films I have done, what I have found is that we condescend towards the past. We think that we are so much more evolved now. What this film shows is that we're still worrying about the same stuff."