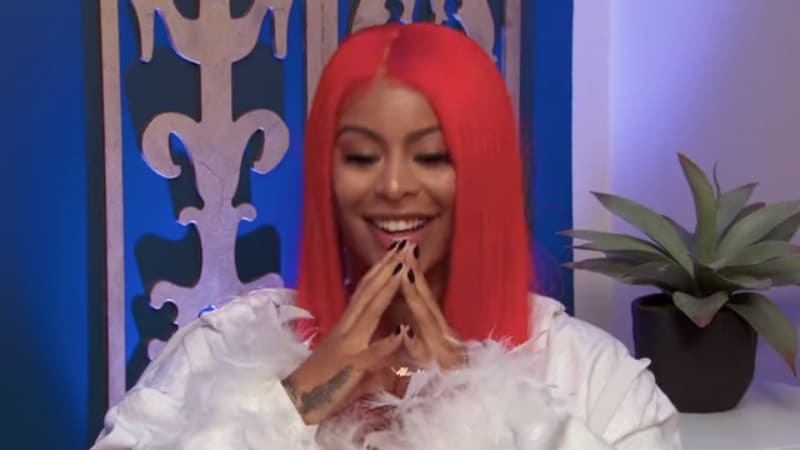 Alexis Skyy has been heavily featured as Season 9 of Love & Hip Hop: New York kicks off. However, something she said on the most recent episode of the VH1 series about her daughter Alaiya’s paternity set off her old LHHH co-star Solo Lucci and now the two are trading barbs on social media.

It all went down when Alexis was talking about why Fetty Wap refused to take a paternity test. She brought up an old Love & Hip Hop: Hollywood rumor that Solo Lucci was claiming Alaiya as his own as one of the reasons that Fetty didn’t want to claim her.

#PressPlay: This is what caused #SoloLucci to call out #AlexisSkyy!! (view earlier post)—(?: @vh1)

That didn’t sit well with Solo Lucci, who was clearly paying attention to the show. He quickly jumped on Instagram, releasing more than one video addressing the Alexis Skyy situation.

Lucci made it clear that he hasn’t stopped talking about Alexis and baby Alaiya because he’s not completely sure that she’s not his baby. He called the situation “sad” and blasted Alexis for claiming that he keeps bringing up the baby because he’s trying to stay in the headlines.

According to Alexis, Solo Lucci can’t possibly be Alaiya’s father. She says they stopped sleeping together months before she was even conceived.

Knowing that a DNA test would prove her right, Alexis has even said that she contacted Solo Lucci privately to take a test and confirm whether or not he fathered the baby girl. However, Alexis also claims that Lucci isn’t interested in doing any of this privately.

Instead, Alexis said he wants to take the paternity test on Love & Hip Hop in an effort to draw better ratings for himself.

Taking further shows at Solo Lucci, Alexis seemingly responded to the Love & Hip Hop: Hollywood star’s paternity claims by posting a picture of Fetty Wap with Alaiya. Clearly, Alexis’ move to New York has helped her in her goal to at least get Fetty to spend some time with his child.

#AlexisSkyy responds to #SoloLucci by sharing a photo of #FettyWap and baby #Alaiya!! (view previous posts)

The photo is no longer posted on Alexis Skyy’s Instagram The Shade Room shared a screenshot and Fetty looks enamored with the baby girl.

Following the social media spat between Alexis Skyy and Solo Lucci, another TV show is getting involved. The Maury Show commented on Alexis’ post and wanted to know why Lucci would want to prove paternity on Love & Hip Hop. After all, the Maury Show is known for this type of paternity testing and they made it clear that she is welcome to come on the show and prove for good who is the father of Alaiya.