All the TV and film references from Stranger Things season 3

Episode 1: Suzie, Do You Copy?

Popeye: Robin (played by Maya Hawke) calls Steve (Joe Keery) “Popeye” in episode one due to the nautical uniform he has to wear for his job at Scoops Ahoy.

Ghostbusters: Robin’s uniform, meanwhile is reminiscent of that worn by the Stay Puft Marshmallow Man in Ghostbusters, continuing the series’ love of dressing its characters as characters from the 1984 film.

In fact, we get a flashback to the gang’s Ghostbusters looks in episode three of the series

Cheers: In the first episode, Joyce Byers (Winona Ryder) watches an episode of the popular US comedy, which causes her to reminisce about watching the series with Bob Newby (Sean Astin)

One Million Years BC: Eleven (Millie Bobby Brown) has a poster of a dinosaur in her room which seems to be a still from the Bo Derek-starring prehistoric drama.

Godzilla: King of the Monsters: Other have noted how the dinosaur and moth posters on Eleven’s wall may be a reference to Millie Bobby Brown’s appearance in the recent monster movie starring Godzilla and Mothra.

Day of the Dead: At the cinema in Starcourt Mall, the George Romero film Day of the Dead is playing, which is referenced again when Nancy Wheeler (Natalia Dyer) and Jonathan Byers (Charlie Heaton) fight a man zombified possessed by the Mind Flayer.

Day of the Dead sees a group of survivors battling zombies in a shopping mall, so it is very pertinent to Stranger Things season three.

Gremlins: Actress Phoebe Capes, who had starred in Gremlins the previous year, is named a number of times as the perfect woman.

Later, in episode seven, a child wins a toy Mogwai from one of the fair stalls

Nancy Drew: Throughout her time in the newspaper office, Nancy is repeatedly compared to her teen detective namesake

The Evil Dead: Will (Noah Schnapp) has a poster for the Sam Raimi horror film in his bedroom

Star Wars: Dustin says “Gold leader returning to base”, a reference to an obscure Star Wars character, and has an R2D2 toy

Charlie’s Angels: Dustin defends himself with a can of Farrah Fawcett hair spray

WHO IS PHOEBE CATES? 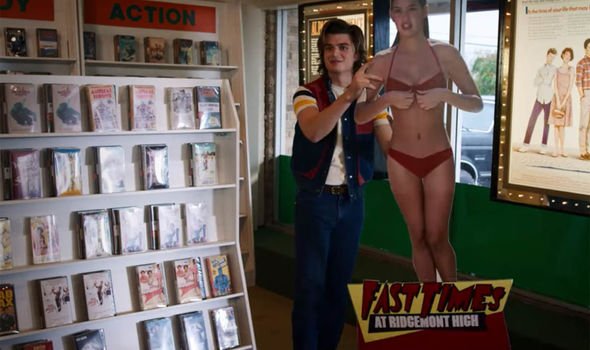 Mallrats: The title of the episode is a pun on Mallrats, the 1995 Kevin Smith film

The Thing (1951 and 1982): A poster for the classic 1982 horror film is briefly glimpsed in episode two, while Lucas (Caleb McLaughlin) compares the 1951 original and the remake in a speech in episode seven

Invasion of the Body Snatchers: The Mind Flayer’s MO of taking over bodies is straight from the 1956 original and 1978 remake

Jaws: Hopper’s line “I can do anything I want, I’m the chief of police” is from the Steven Spielberg classic

Episode 3: The Case of the Missing Lifeguard

The Terminator: In episode three, we first meet the mysterious character known to fans as the ‘Russian Terminator’ due to his similarity to the Arnold Schwarzenegger character

WHAT HAPPENED IN THE LAST SERIES OF STRANGER THINGS? 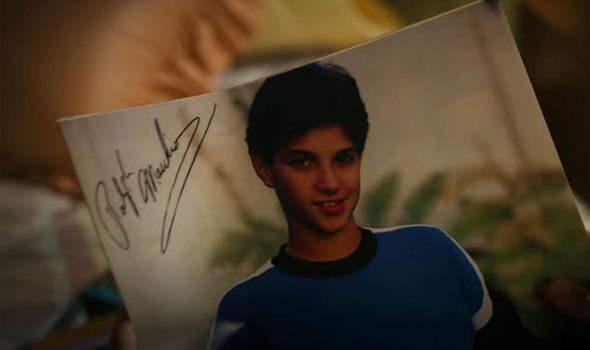 The Endless Summer: Max has a poster for the classic 1966 surf movie in her bedroom

Gumby: Due to his lack of collarbones, Dustin is compared to Gumby, an American claymation character similar to the British Morph who appeared on a number of TV shows and in his own movie in 1995.

Doctor Strangelove: We’ll Meet Again plays in this episode, an odd choice for a 1980s-inspired series until you realise it is the song from the Stanley Kubrick masterpiece

WHO IS IN THE CAST OF STRANGER THINGS? 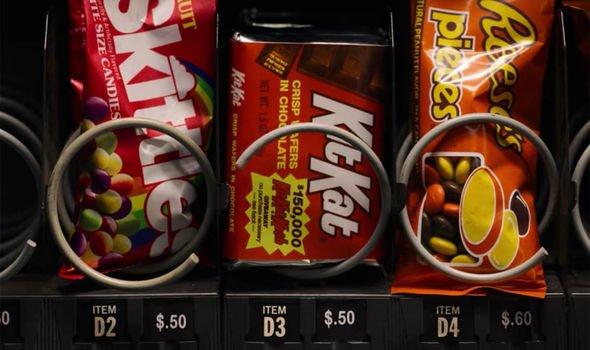 Raiders of the Lost Ark: The scene where the gang use a vial of green goo to prop open a door mirrors the scene in the first Indiana Jones film where Indy does the same with his hat

ET: The Extra-Terrestrial: Stranger Things references a familiar piece of trivia about the Steven Spielberg classic.

As the gang get sweets out of a vending machine, the camera is on a bag of Reese’s Pieces, the candy that features in the film.

However, they actually order M&Ms, the candy that famously turned down the chance to appear in the movie.

Heathers: The gang break into Heather’s (Francesa Reale) house and reference drinking chemicals – which is how the first Heather dies in the film starring Stranger Things’ Winona Ryder

The Blob: Humans turning to blobs which merge to form a larger monster is straight from the classic B-movie

HOW MANY EPISODES ARE IN STRANGER THINGS SEASON 3? 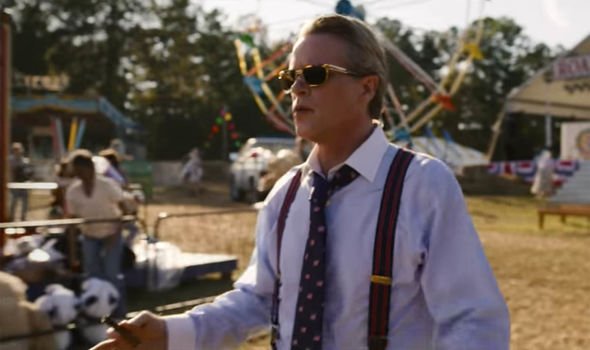 Alien 3: The Mind Flayer gets on top of Nancy in a scene meant to mimic the encounter between Ripley and the Alien Queen in Alien 3

First Blood: The Russians call Hopper “fat Rambo”, a reference to the lead character of First Blood and Rambo: First Blood Part II, which came out in 1985

Interstellar: Alexei demonstrates how the gate works by stabbing a straw through a burger wrapper, referencing Matthew McConaughey’s demonstration of wormhole travel in Interstellar by putting a pen through a piece of paper

WHERE IS STRANGER THINGS FILMED? 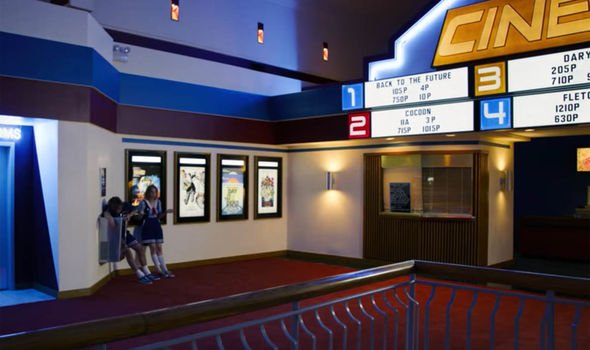 Numerous films: Later in the episode, we see outside of the cinema, where we get posters some of the biggest films of 1985: Back to the Future, Pee-Wee’s Big Adventure, Dawn of the Dead and The Black Cauldron.

Meanwhile, we see that the cinema is also showing Cocoon, Fletch, D.A.R.Y.L., Return to Oz and The Stuff.

The Smurfs/GI Joe: We get glimpses of the tie-in cereals of both of these cartoons

Magnum PI: Hopper is called ‘Magnum’ by a ride attendant in reference to his moustache and its similarity to that of Tom Selleck (Hopper was also seen watching Magnum PI in episode one).

Man with the Golden Gun: As Hopper enters the hall of mirrors to fight the Russian Terminator, we get a chase very reminiscent of that between Roger Moore and Christopher Lee in the 1974 Bond film

Batman Forever: In the fair’s funhouse, there is a repeated clown noise identical to that made by The Riddler’s clown mascot in the 1995 Batman film

IS SEASON 3 THE FINAL SEASON OF STRANGER THINGS? 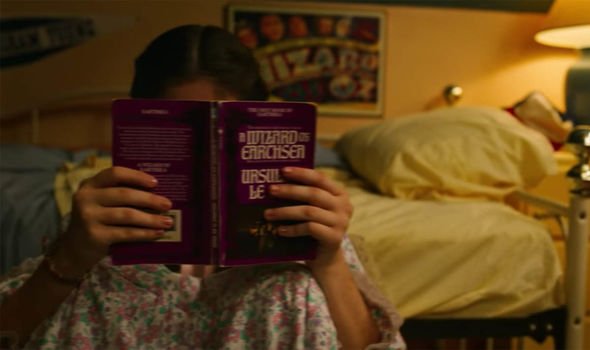 Episode 8: The Battle of Starcourt

Alien: Eleven pulls a Mind Flayer blob out of her leg in a scene framed to match the chestbuster scene from Alien

Scarface: Hopper takes out some Russian guards with a sub-machine gun in full Al Pacino mode. There is also a Scarface poster in the video store

Nation Lampoon’s Vacation: The call sign for the station wagon is Griswold Family, a reference to the characters at the heart of the National Lampoon series of films

Wizard of Oz: Suzie (Gabriella Pizzolo) has a Wizard of Oz poster in her room

The Muppet Movie: Suzie has another poster that we don’t see the title of, but we do see the tagline “More entertaining than humanly possible,” which is from the first Muppet film

Firestarter/Sixteen Candles: The video store Steve and Robin apply to for jobs features a poster to the Drew Barrymore horror as well as one for the John Hughes movie

Numerous films: Among the films we see on the video store shelves are The Man with Two Brains, Trading Places, 48 Hours, Mad Max and Car Wash.

The Never-Ending Story: Dustin and Suzie sing the theme from the fantasy film

Numerous films: Steve reference Animal House, Return of the Jedi and Back to the Future, while Robin references The Apartment, The Hidden Fortress and Children of Paradise

Fast Times in Ridgemont High: Phoebe Cates is referenced again in a cardboard cutout to her other big film