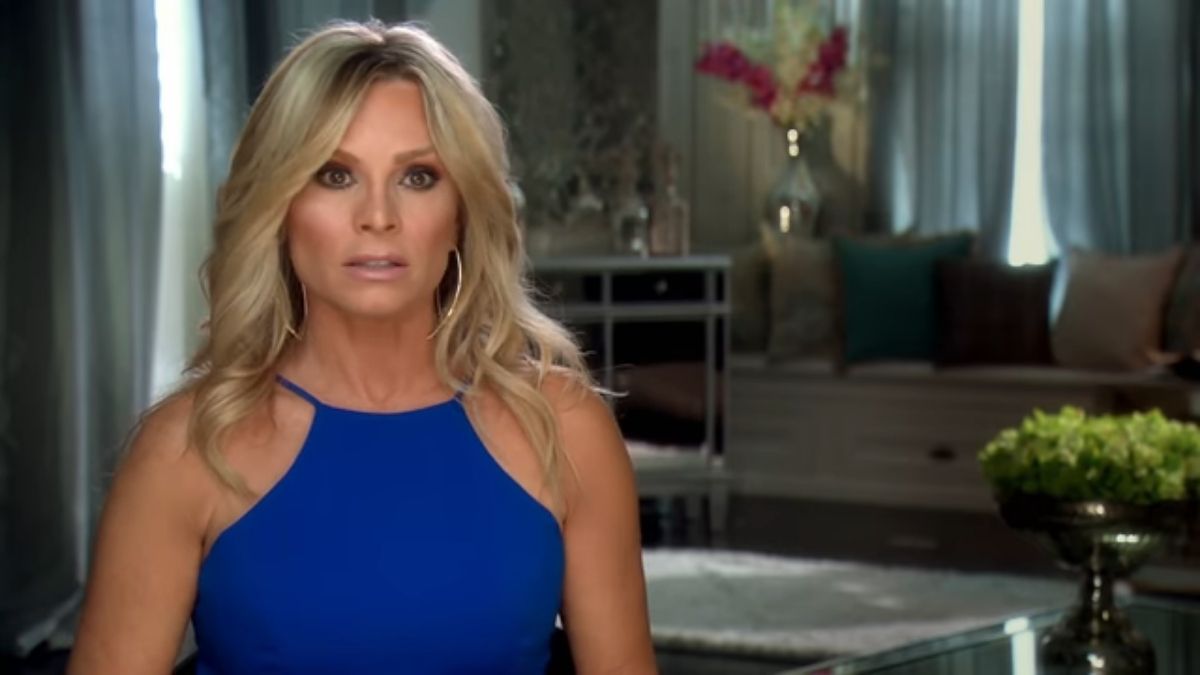 Stepping away from the RHOC has been a challenge and has been disappointing for fans, which resulted in lower ratings for the Season 15 premiere.

And although she’s got plenty of drama with fellow castmates, including Shannon Beador, Tamra is prioritizing herself these days.

The 53-year-old received what’s called a “CO2” or a “partially ablative laser” treatment.

The procedure is both cosmetic and medical

According to Tamra’s post, the treatment “can be used to remove cancerous, precancerous & non melanoma lesions.”

She explained further that, “By vaporizing the top layers of skin…oh and it helps with fine lines, acne scars, age spots, wrinkles and promotes collagen.”

In a video, Tamra and her doctor point out several spots on her chest that will also receive the treatment since she has precancerous tissue.

The laser is in action as it scans across Tamra’s face.

“Oh, it smells lovely,” she comments with sarcasm.

The effects of the procedure seemed to show right away, as Tamra posted a selfie while still in the medical center. 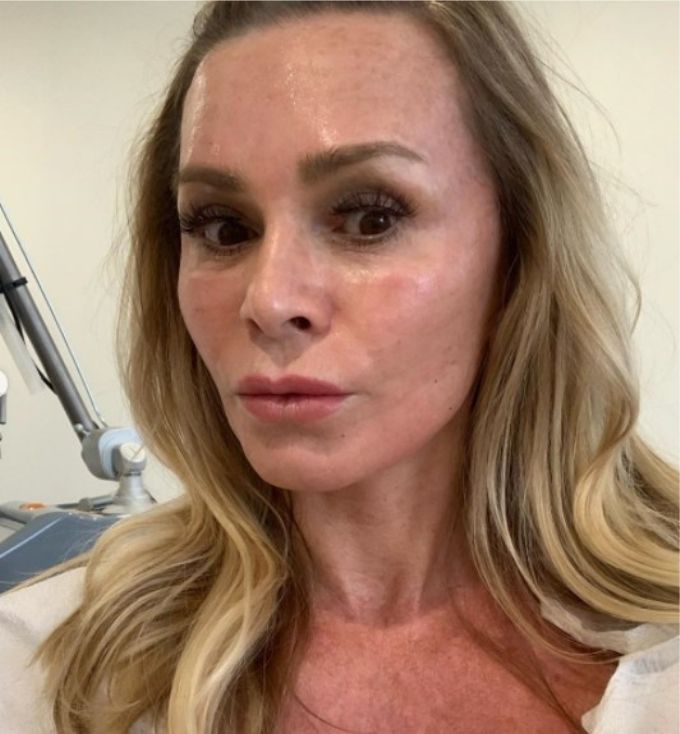 Fans were left with plenty of questions

“Please post updates. Which technology was it? Do you know the name of the laser that was used?” asked one follower.

Other followers threw shade at the star for having the treatment done and claiming that it was for medical reasons.

“Did you get your lips done?” asked one comment.

“You don’t really believe the collagen part do you?” said another follower. “The thinnest skin on your face is your eye lids & also neck. Less you do to those areas the better. How many layers of skin do you think you have???” 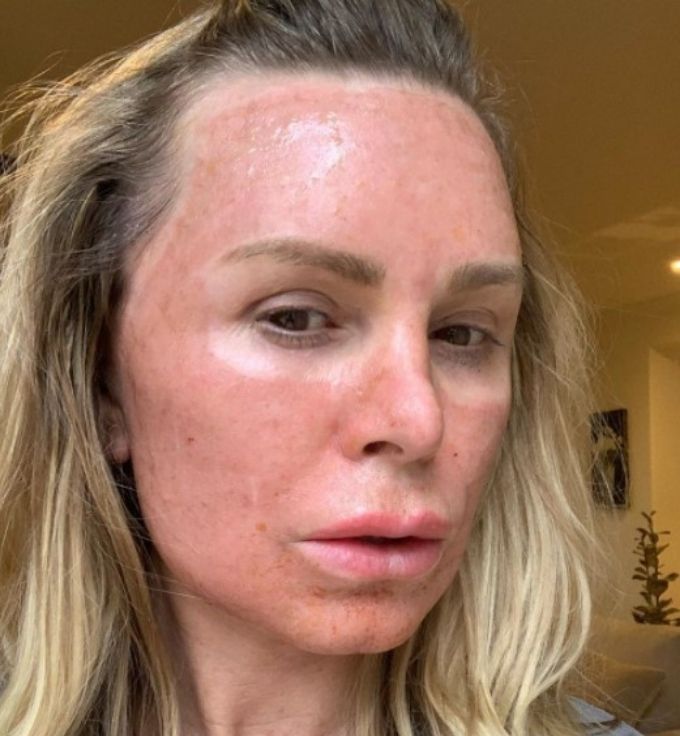 Tamra posts an update after laser treatment and it looks painful

Tamra then took to her Instagram stories to share an update with followers. The update comes just four days after the procedure and the marks on Tamra’s healing skin are highly visible. 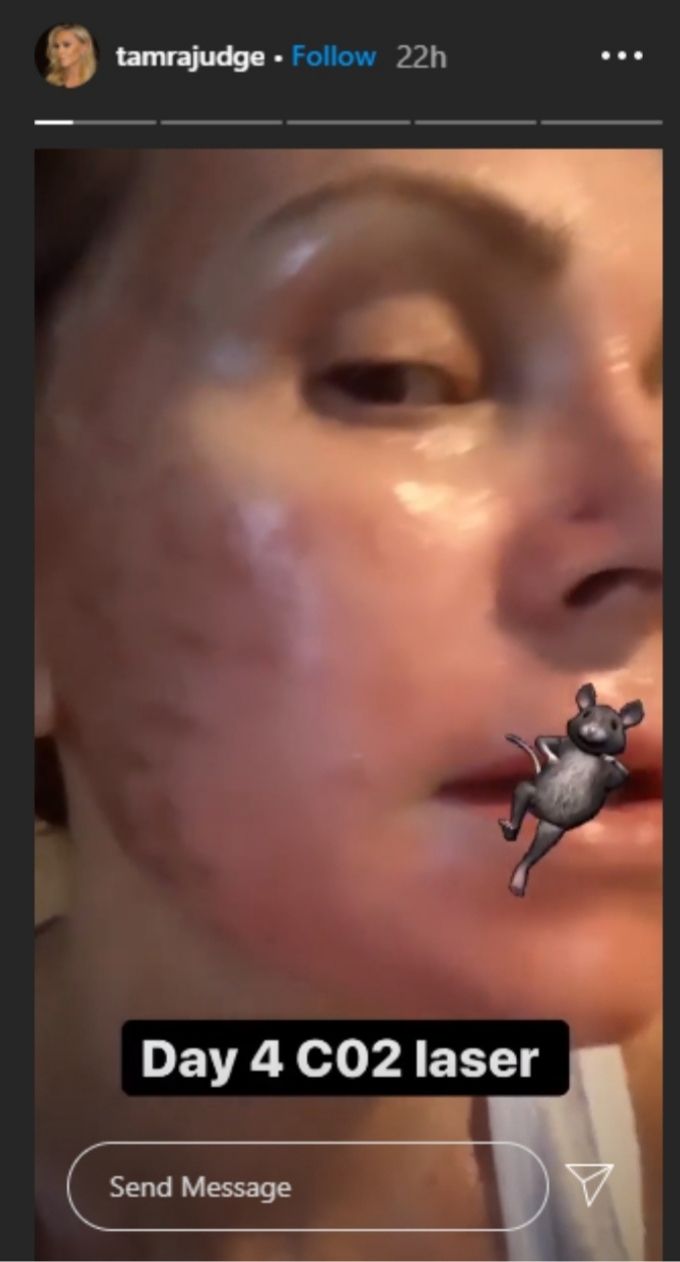 Her skin looks sore and swollen, which makes sense given the fact that the laser stripped her top layer of skin.

The Real Housewives of Orange County airs Wednesdays at 9/8c on Bravo.