Joel and Ethan Coen are back in theaters and on Netflix this year with their acclaimed Western anthology film “The Ballad of Buster Scruggs,” but that’s not the only reason 2018 is a great one for fans of the legendary directing duo. This year marks the 20th anniversary of “The Big Lebowski,” the 1998 crime comedy turned cult classic starring Jeff Bridges, John Goodman, Julianne Moore, Steve Buscemi, and John Turturro. Mondo is celebrating the anniversary by bringing the film’s incredible soundtrack to vinyl this month.

The Mondo “Big Lebowski” vinyl goes on sale Wednesday, December 5 (purchase a copy on the Mondo official website here) and features songs by Bob Dylan, Elvis Costello, Nina Simone, The Gipsy Kings, and Townes Van Zandt, among others. The most iconic song from the film, Kenny Rogers & The First Edition’s “Just Dropped In,” is included as well. The package features all new artwork by Paul Mann. The soundtrack is pressed on 180 Gram White Russian Vinyl and is also available on 180 Gram Black. The collection costs $25.

Check out the complete track listing below, plus the exclusive debut of the vinyl’s artwork.

Side A
1. “The Man In Me”
Performed by Bob Dylan

2. “Her Eyes Are A Blue Million Miles”
Performed by Captain Beefheart

6. “I Got It Bad and That Ain’t Good”
Performed by Nina Simone

Side B
1. “Just Dropped In (To See What Condition My Condition Is In)”
Performed by Kenny Rogers & The First Edition 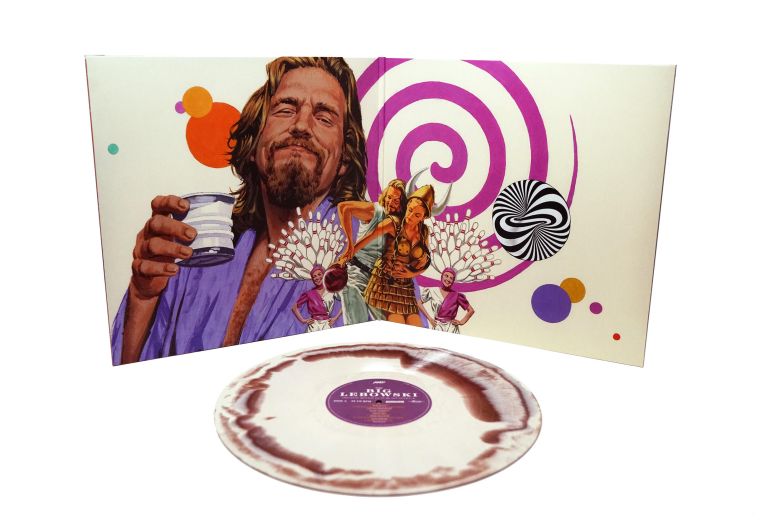 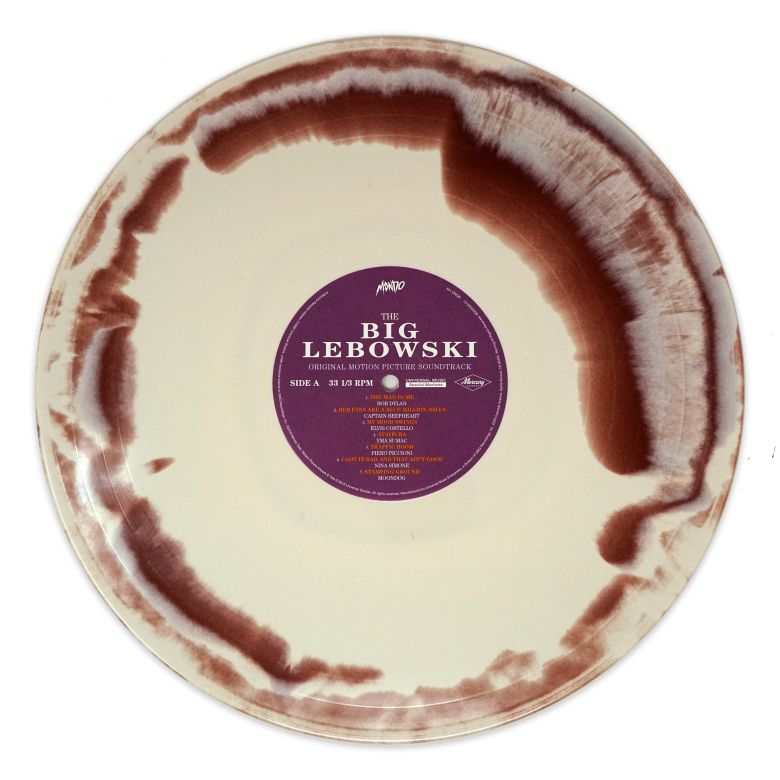 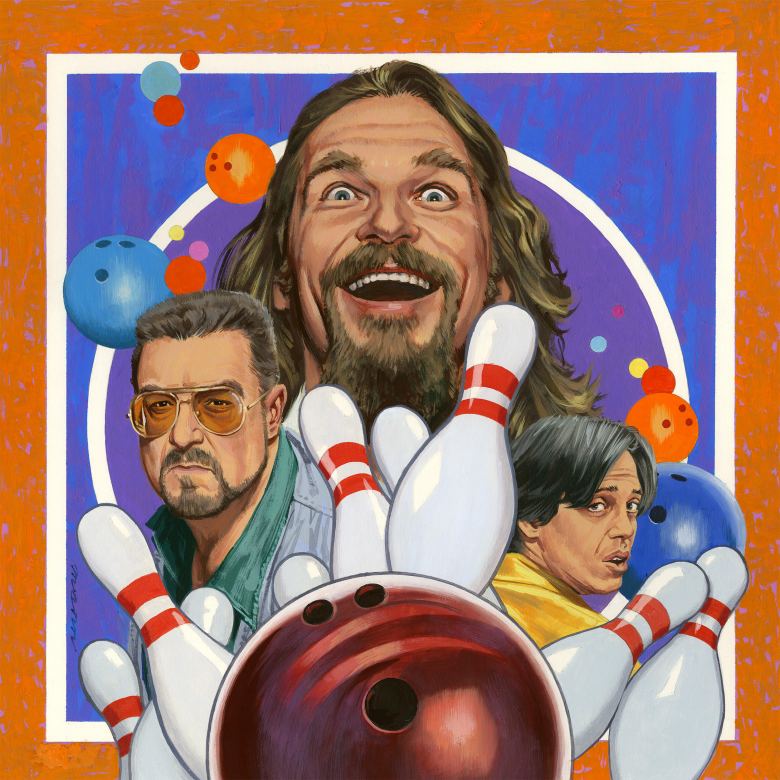