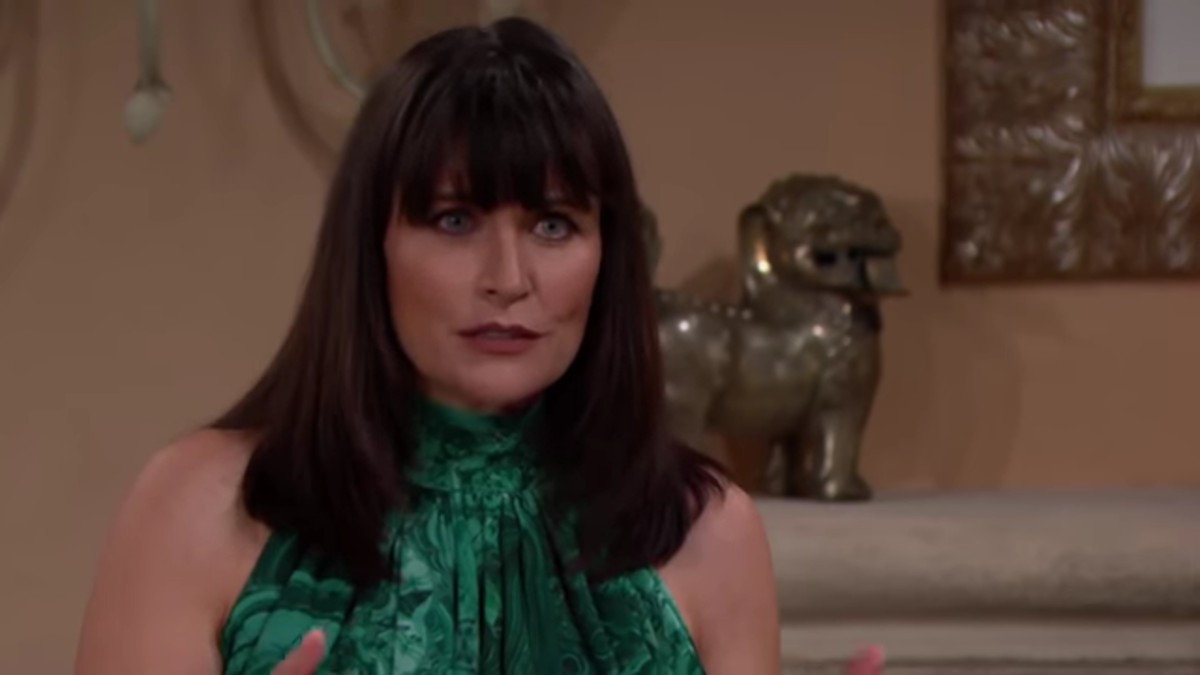 The Bold and the Beautiful spoilers for next week’s episode of the CBS soap promise that one leading lady is going to get a large dose of karma.

It will be a busy week in Los Angeles for the Forrester crew, but don’t count the Logans out. A lot is going to happen as another week of roller-coaster antics continue to wreak havoc.

Quinn sits in the hot seat

Spoilers for next week reveal that shocking details will come to light at the wedding.

Quinn has been thrilled that Brooke (Katherine Kelly Lang) will be forced to sit and watch as Ridge marries Shauna — again. The two women faced off again this week, but next week, the blonde will have the upper hand.

What karma will be served to Quinn as the wedding takes place? She has been openly talking about what she and Shauna did to deceive Ridge.

Someone will catch wind of what has happened because Quinn talks without knowing who is around.

Everyone who attends will get a show, and it looks like it won’t end well for Mrs. Eric Forrester. Speculation is that the deception Quinn pulled would be enough for Eric (John McCook) to kick her to the curb.

After several years away, Zende Forrester (Delon De Metz) returns home. While there isn’t a clear storyline for him now, there will be in the future.

Zoe (Kiara Barnes) and Carter (Lawrence Saint-Victor) are heating up, and with her sister coming to the show, a love triangle situation might be what The Bold and the Beautiful writers have in mind.

With news that something derails Shauna and Ridge’s wedding, it looks like Bridge may be a thing again.

Their love has been touted as the real deal, with Eric and company pushing for them to reunite. Brooke knows that things aren’t as they seem, and once Quinn is exposed, there will be no reason for Ridge to remain married to Shauna.

After weeks of deception, Brooke and Ridge can work toward healing and repairing their relationship. Their divorce was completed because of impersonation, so he and Shauna are legally married.

That will have to be rectified before anything else can happen.

Be sure to tune in all next week to keep up with what is happening with the Forresters and Logans.

The Bold and the Beautiful airs weekdays on CBS.