The Handmaid’s Tale season four is on its way to screens but fans of the show are already looking forward to how the characters are going to progress in episodes to come. Despite this, the show’s main antagonist was originally supposed to be very different.

Serena Joy (played by Yvonne Strahovski) has brought a sinister outlook to the show since the first episode.

While she was taking on June (Elisabeth Moss) alongside her husband, she also worked with her.

Although a huge rivalry was quickly built between Serena and June, it was not a vicious in the Margaret Atwood source material.

And, in fact, Serena looked very different in the book as well – she was a lot older. 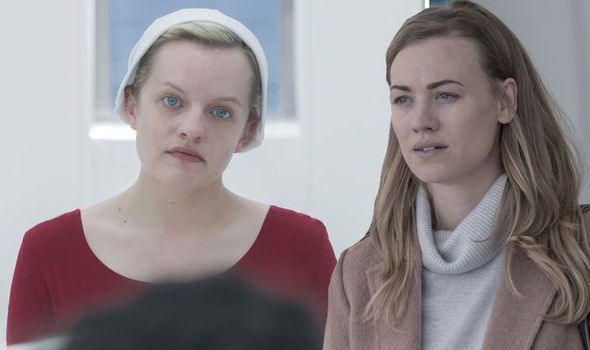 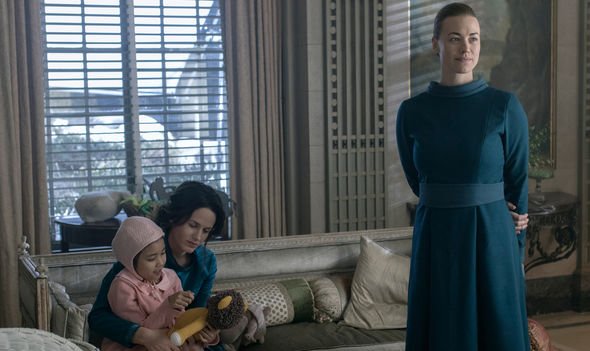 This version of Serena was also shown off in the 1990 film of the same name, which also told June’s story.

The Handmaid’s Tale fan Thomas Hamilton recently spoke out on Twitter to expand on the differences between page Serena and screen Serena.

He explained: “In the original book/90’s film they were much older (Fay Dunaway was the original Serena Joy).

“But you can tell that they wanted the younger/hotter version for the TV series. 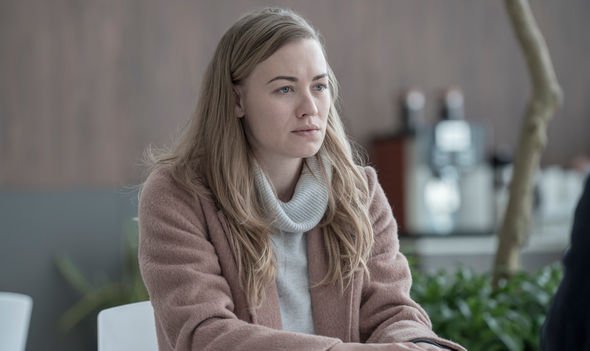 “(Especially to heighten the tension between them and June).”

The change in age would, as Thomas has pointed out, create a rivalry as the two women attempt to grab the attention of Fred Waterford (Joseph Fiennes).

This change also creates more of a direct parallel between two similar women who went in vastly different directions.

Meanwhile, fans of the show have become a little angry the show will be coming out later than usual this year.

In a recent interview with TV Guide, executive producer Warren Littlefield explained the show would not arrive in the spring or summer as it usually does.

He said: “We’ll start with principal photography March 2, and we’ll be on in the fall.”

But viewers couldn’t handle the news, with one saying on Twitter: “Nah I can’t wait this long for The Handmaid’s Tale.”

Another exclaimed: “How am I supposed to patiently wait for season 4 of The Handmaids Tale?”

A third added: “Season 4 of the handmaids tale hurry”

Although the delay is disappointing for viewers, it may be needed to create an even better season than last.

But will these new episodes eventually tie up The Handmaid’s Tale story once and for all?

The Handmaid’s Tale season three is now available to stream on Hulu.