Off-beat superhero series The Umbrella Academy was released on Netflix last month (February 15) to middling reviews. Boasting a large cast of quirky characters, the series is from the comic series by My Chemical Romance’s Gerard Way. A stand out figure is Number Five who is played the by up-and-coming teen actor Aidan Gallagher and his unusual love interest, Dolores. Fans are hoping the series will be renewed for a second season as the drama currently holds a 76 percent rating on Rotten Tomatoes.

Who is Dolores in The Umbrella Academy?

WARNING: This article contains spoilers for The Umbrella Academy

Dolores is Number Five’s love interest in The Umbrella Academy but she is actually a mannequin.

Five is one of the Hargreeves siblings who was never given a name and is simply referred to by his number.

His power is to move through time. At the age of 13 he disappeared by travelling 50 years into the future and was unable to return.

In the future, Five witnessed the apocalypse and aged at a normal pace. 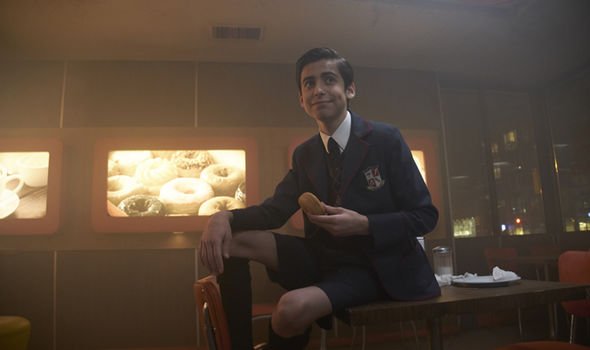 Upon returning to the present during an electrical storm, he is physically aged 13 again but has the consciousness of a 58-year-old.

When Five was isolated in the post-apocalyptic wasteland in the future he developed an emotional connection with a mannequin named Dolores – think Wilson in Cast Away.

Five dragged the mannequin around everywhere, spoke to it and is looking to reconnect with it when he arrived back in the present.

Speaking about this aspect of the role, Gallagher told Entertainment Weekly: “It was definitely one of the things I looked forward to because I had a feeling they might expand on it, and I wanted to play around with how his trauma would affect the relationship between the two of them.

“If I were to do a scene with her, I would make dialogue for her. He would be having a real interaction with her, a real conversation, and for that he needs a real character.

WILL THERE BE ANOTHER SERIES OF THE UMBRELLA ACADEMY? 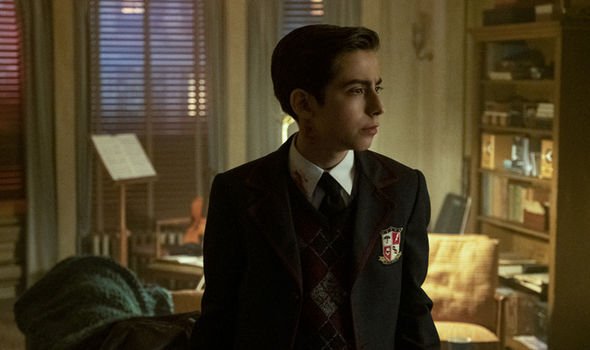 “So Five is playing the part of Dolores. That is a fun dynamic that I was definitely looking forward to shooting.”

Actress Emmy Raver-Lampman who plays Number Three The Rumor aka Allison Hargreeves spoke about Dolores in an interview with Bustle.

“There’s a whole romantic relationship between a 14-year-old boy and a mannequin!” she said.

“It is so brilliantly written, just his side of the conversation, that I feel the love and the heartbreak.

“Talk about wacky, we have a talking chimp and a mannequin as a love interest. It’s so bizarre.” 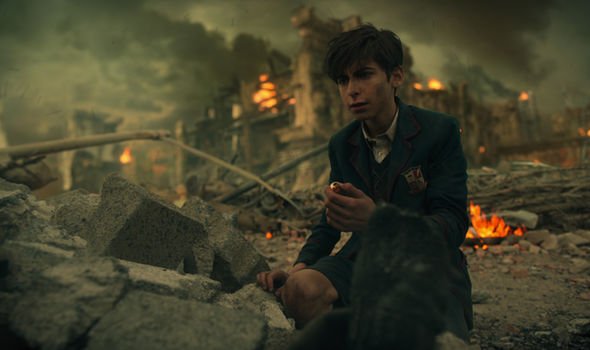 Tom Hopper who plays Number One Spaceboy aka Luther Hargreaves added: “I think Dolores is going to be the favourite. People are going to be talking about her.”

In the same interview, Gallagher added: “Five spent 45 years in the apocalypse.

“He has a genius-level intellect, that ability to time travel, and has now become a little bit insane. He has such a unique kind of trauma.

“You’ll see hints of that as the show goes on.”

Another interesting character fans have been asking about is Mom (played by Jordan Claire Robbins) and her backstory.

The series has also been praised for its epic soundtrack.

The Umbrella Academy is currently streaming on Netflix