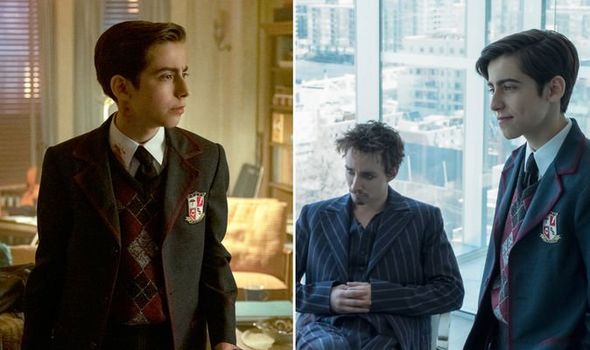 Number Five (played by Aidan Gallagher) is back again in season two of The Umbrella Academy, which is now streaming on Netflix. After initially turning up in episode one of the Netflix series, it’s only halfway through the first season that we finally get this backstory and learn about his real age. Here’s everything you need to know about Number Five and his real age.

How old is Number 5 in The Umbrella Academy?

WARNING: This article contains major spoilers from The Umbrella Academy

Number Five is trapped in the body of a 13-year-old boy and basically looks the same as he did when he sprinted into the future against the wishes of his adoptive father Reginald Hargreeves (Colm Feore).

However, he’s often referenced his age in the show and is actually in his fifties – around 58.

Nevertheless, he ends up going through a form of adolescence again when he gets drunk while on a mission to stop the end of the world.

The fifth episode of The Umbrella Academy is aptly titled Number Five and delves into the superhero’s backstory. 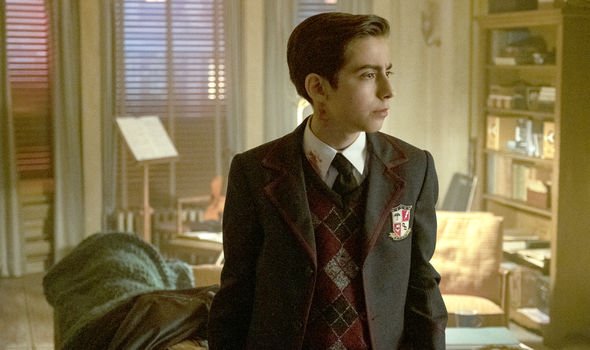 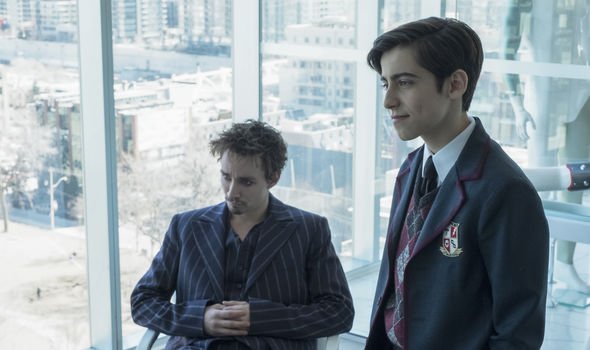 After Number Five leapt through time, he got stuck in the future and survived for years by himself in the post-apocalyptic wastelands of Earth by himself for decades.

During this time, Number Five survived on a diet of cockroaches, scraps and whatever else he could find and aged.

Number Five retained his sanity by starting a relationship with a mannequin called Delores.

When The Handler (Kate Walsh) turned up and offered Number Five a job working for the Commission and bumping off people, he was seen to have become a wizened old man with a grizzly beard.

HOW DID BEN DIE IN THE UMBRELLA ACADEMY?

So, Number Five did age significantly but the process of travelling through time has left him stuck perhaps permanently as a teen.

However, as season one drew to a close it almost looked like the characters could age again as we saw them apparently regressing to their teenage incarnations.

Speaking about portraying such a memorable character, Gallagher said: “I get to play a 58-year-old time-traveling assassin.

“The role had a lot of layers to it that I knew would be fun to break down and figure out the motives behind.

“But also I had been this huge fan of the entire world that Gerard and Gabriel were able to create through the first two graphic novels. So for me, it was a dream project.”

WHAT ARE NUMBER 7’S POWERS? 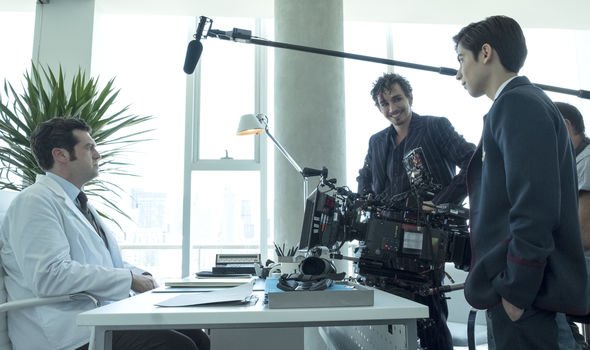 He went on to explain to Vulture how he got under the skin of the character, saying: “The 58-year-old part is definitely an interesting detail, but I’ve always approached it as a regular character.

“You get familiar with how he reacts to certain things, and what the dynamics are between characters.

“The writing was very good — very authentic to what Gerard was able to do with Five in the comics.”

Gallagher continued: “As far as what part of myself I brought to Five, I’ve always considered myself not really my age. I don’t know that I would say I’ve felt like a 58-year-old, but I’ve never felt exactly my age, or in the right place. So I could relate to him in that sense.”

The Umbrella Academy season 2 is available on Netflix now