The tenth season of The Walking Dead will see Michonne follow in the footsteps of Rick Grimes (played by Andrew Lincoln) and Maggie Rhee (Lauren Cohan) and leave the survivors.

It’s not yet known exactly how Michonne will leave the AMC show and actress Danai doesn’t seem keen to give any secrets away.

However, the star did reveal she is about to step back on set to film her final scenes.

Speaking to NET-A-PORTER’s digital magazine, PorterEdit, she teased: “We start shooting soon, so I’ll have to start fitting in my workouts.”

Danai will only appear as Michonne in a handful of episodes but it’s clear she will miss her co-stars.

She went on to add to the publication: “I have a really beautiful family in The Walking Dead.

“We have pot luck dinners. We go to each other’s homes. We check in with each other.”

But while fans will mourn the loss of Michonne, many will be thrilled to learn Maggie will make a return to the show.

Actress Lauren has told fans her return is “very exciting” as he character’s story is far from finished.

Will Maggie return to help the Survivors in their fight against The Whisperers and their leader Alpha (Samantha Morton)? 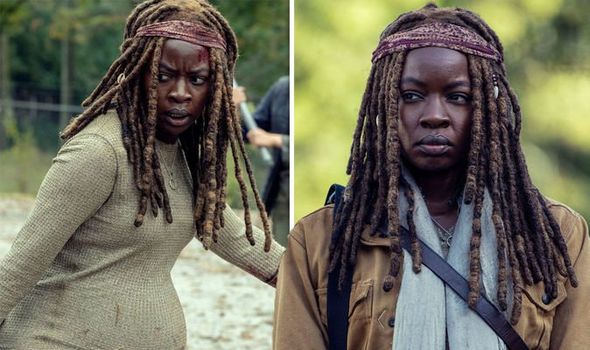 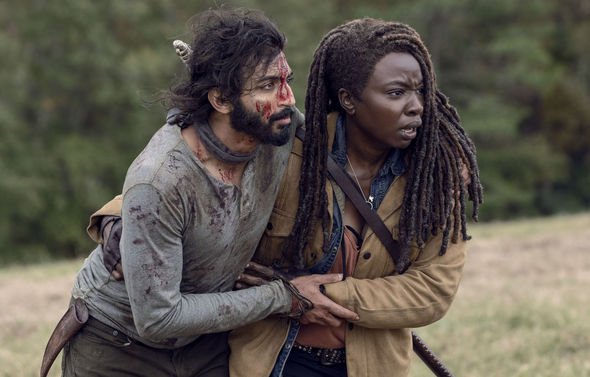 Meanwhile, it has been reported Carol Peletier (Melissa McBride) could be involved in a dark storyline when season 10 returns.

After Alpha murdered 10 of the survivors including her daughter Lydia’s (Cassady McClincy) boyfriend Henry (Matt Lintz), she almost took her own life.

She struggled to think of how she could live in a post-apocalyptic world after her mother’s actions and came close to putting herself in the way of a walker.

Fortunately, she changed her mind at the last moment but she was watched by Carol, who carries out the storyline in the graphic novels the show is based on. 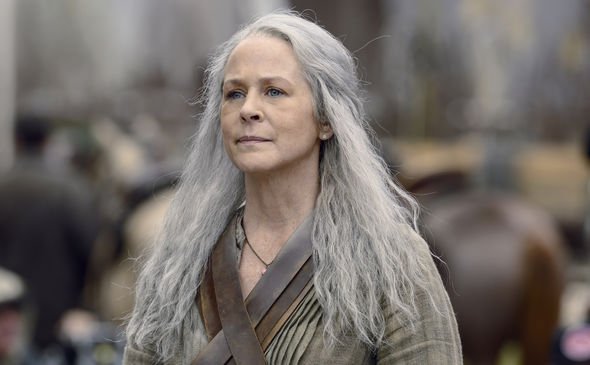 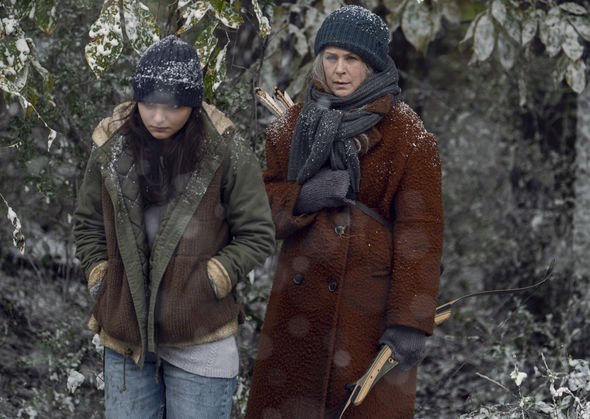 Now, showrunner Angela Kang has teased the moment will have an impact on Carol.

She told Entertainment Weekly: “We came at it from a perspective of Carol has had these chapters in her life.

“In a lot of ways, when Sophia died, that catapulted her into another chapter of her life. She had to question this abusive relationship she had, her feelings of inadequacy, her feelings of weakness.

“And eventually she became the badass, you can’t mess with me Carol that we know and love. But that all came at a cost.

The Walking Dead season 10 will air on AMC later this year.