Creator Dan Fogelman promised answers are coming to This Is Us' latest parental mystery. 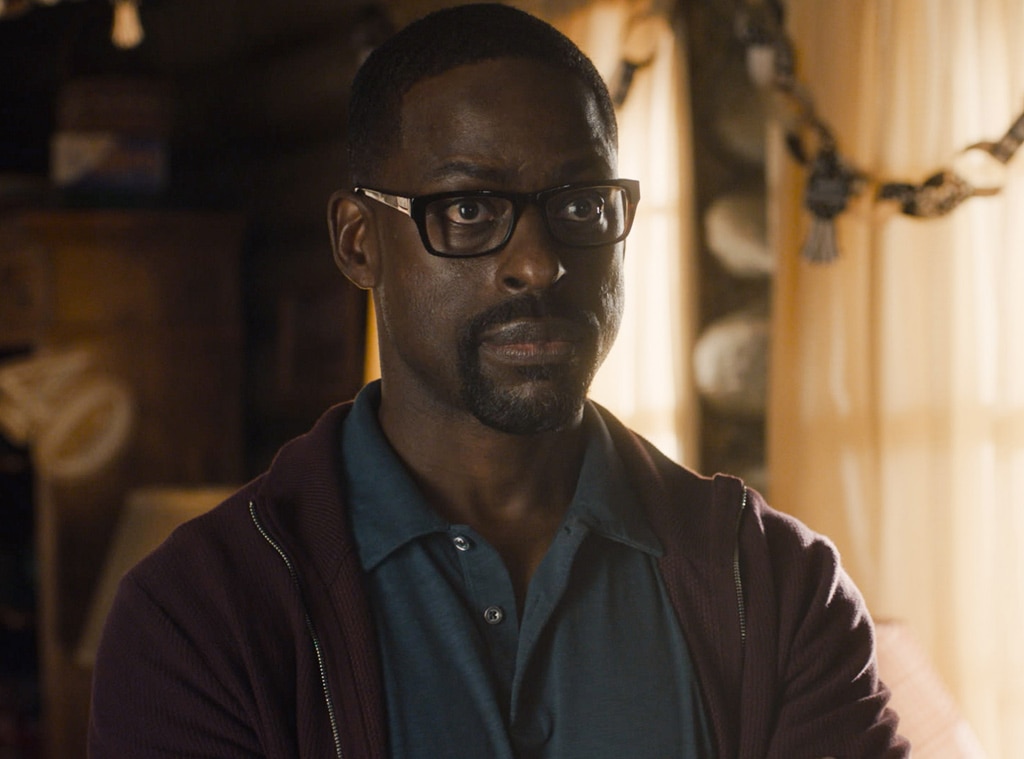 We did not know how much we missed This Is Us until we had it in our arms again.

Basically, Randall (Sterling K. Brown) spent the entire episode having an entirely understandable identity crisis. He and the rest of his family are barely speaking thanks to his fight with Kevin (Justin Hartley). He's absolutely devastated by the death of George Floyd and so many other Black men and women throughout his life and knows that white mother and siblings will never understand. He's also celebrating his 40th birthday on a day he can't even be sure is his actual birthday, since he was left at a fire station as a newborn.

Flashbacks followed young William (Jermel Nakia) and Laurel (Jennifer C. Holmes) just before Randall's birth. She was trying to stay clean and was dreaming of a new job and a new apartment, but after he was born at home, she took some narcotics for the pain. William then discovered that she wasn't responding, so paramedics came and everyone thought she was dead. William ran off with the baby, and apparently missed the moment where Laurel gasped for breath.

Randall's birth mom is alive! After all that!

On a conference call with reporters, creator Dan Fogelman was cagey about what exactly is going on here, but he did promise that the mystery won't last forever.

"I think there's there's obviously a story to tell, continuing onward, from that moment," he said. "Answers will be gotten pretty quickly—without spoiling too much—I think well within the first half of our season. We're not going to kind of drag out a mystery like that one over multiple seasons, or anything. So there's a pretty quick answer and I think it will be found to be elegantly done."

Fogelman explained that Randall's "big picture" story was always about identity, and his birth mother is a big part of that identity, even if he hasn't acknowledged her all that much over the years.

"I think for Randall, for that character, until he can get some answers there, and some kind of closure, it will be a final step in him coming to terms with some of his own questions about his identity," Fogelman said. "It's something if you look back on the series that we've kind of always [layered] in, talk of 'Where's your mother? Why is your mother birth mother not a part of this narrative of your life? She's this character who died in childbirth and you've never really looked into it.' So this first half of the season is our opportunity to do this and it kind of sticks with a plan of the when and the how and the why in terms of Randall's big picture arc."

Kylie Jenner Admits It's "Sad" She Hides Her "True Personality"

Gwen Stefani & Blake Shelton Are Engaged: All the Details on Her Ring

Many questions will be answered.

"There's definitely answers as to is she still alive in the present day, and definitely answers as to kind of what happened after this and before," Fogelman promised. "Who was this woman well before this moment, well before she met William. Where is she from? This woman who was Randall's birth mother and hasn't played a prominent part in our story thus far—who is she, where is she from, what is her story? That's a big part of Randall's journey this season."

Beyond that big reveal in the final moments of the premiere, there was a lot of ground to cover. We saw all of the Pearsons learn to deal with coronavirus, and it turns out they've all been taking it very seriously. Rebecca's (Mandy Moore) controversial clinical trial was postponed, so she and Miguel (Jon Huertas) have been staying in the family cabin, eventually joined by Kevin, Madison (Caitlin Thompson), Kate (Chrissy Metz) and Toby (Chris Sullivan).

Rebecca had an episode (the one where she gets lost on her way to find a birthday cake) which turned out to be caused by mixing her medication with an antihistamine, Kate and Toby learned that their adoption is going through, and Kevin kinda sorta proposed to Madison.

It all felt incredibly grounded and relatably both heavy and sometimes hilarious, right up until Laurel took that surprise breath back in 1980. We're not mad and we're fully here to watch that story play out, but we are also sort of giggling a little bit. This crazy show!

(E! and NBC are both part of the NBCUniversal family.)