THE Only Way Is Essex girls got a mouthful as they cooled down with ice lollies by the pool while filming sizzling scenes for the new series.

The reality stars made the most of the 34 degree heatwave by stripping down to their bikinis and swimming costumes to soak up the sun. 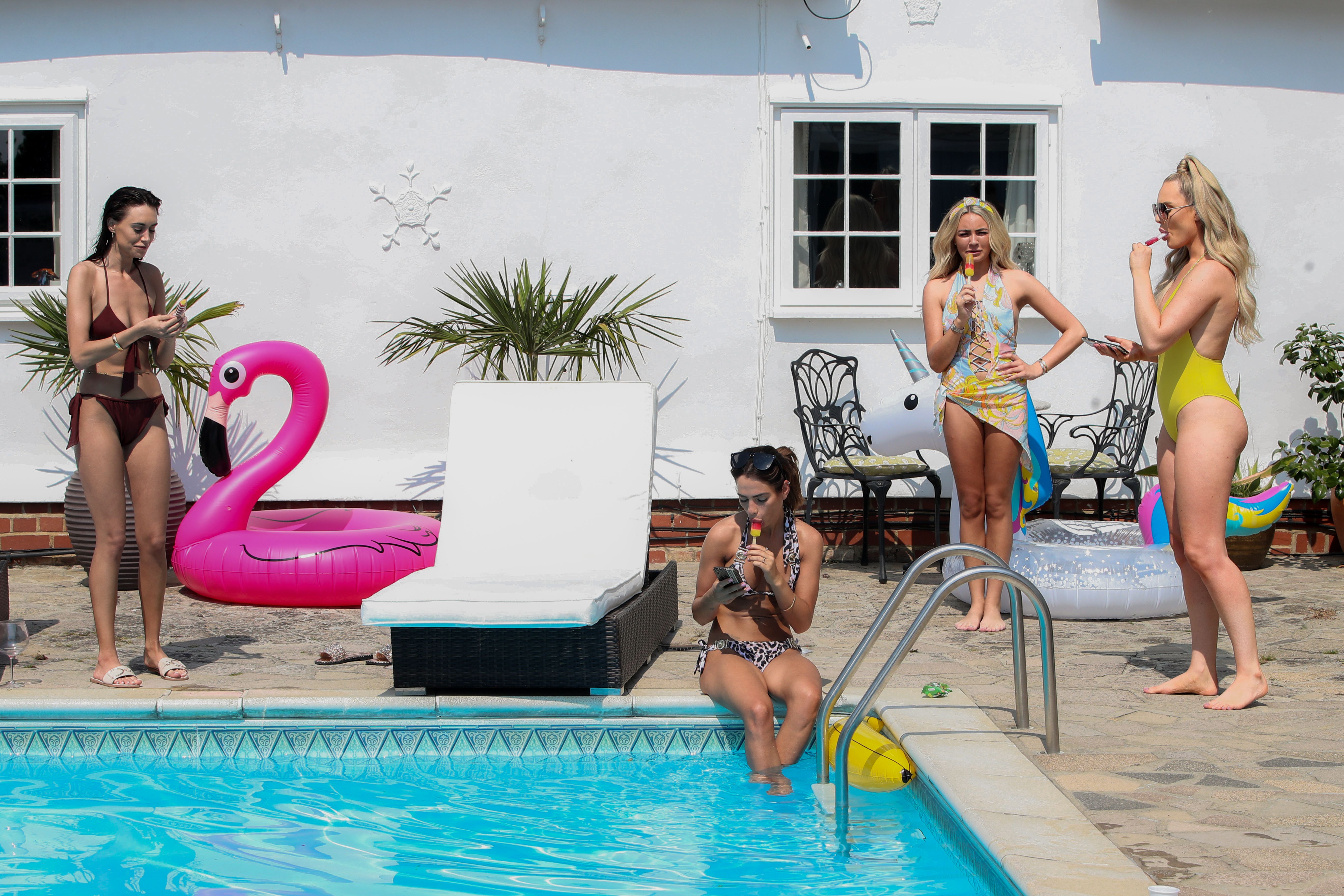 Ella Rae Wise led the way in the summer looks with her multicoloured costume.

She held onto the railings of the pool as her blonde hair fell down her back. Ella's ice lolly of choice was the Refresher.

On a similar theme was Nicole Bass, opting for the same lolly but wearing a pink leopard print bikini instead.

She wore huge sunglasses and her hair tied in a ponytail as she wolfed down the cooling treat. 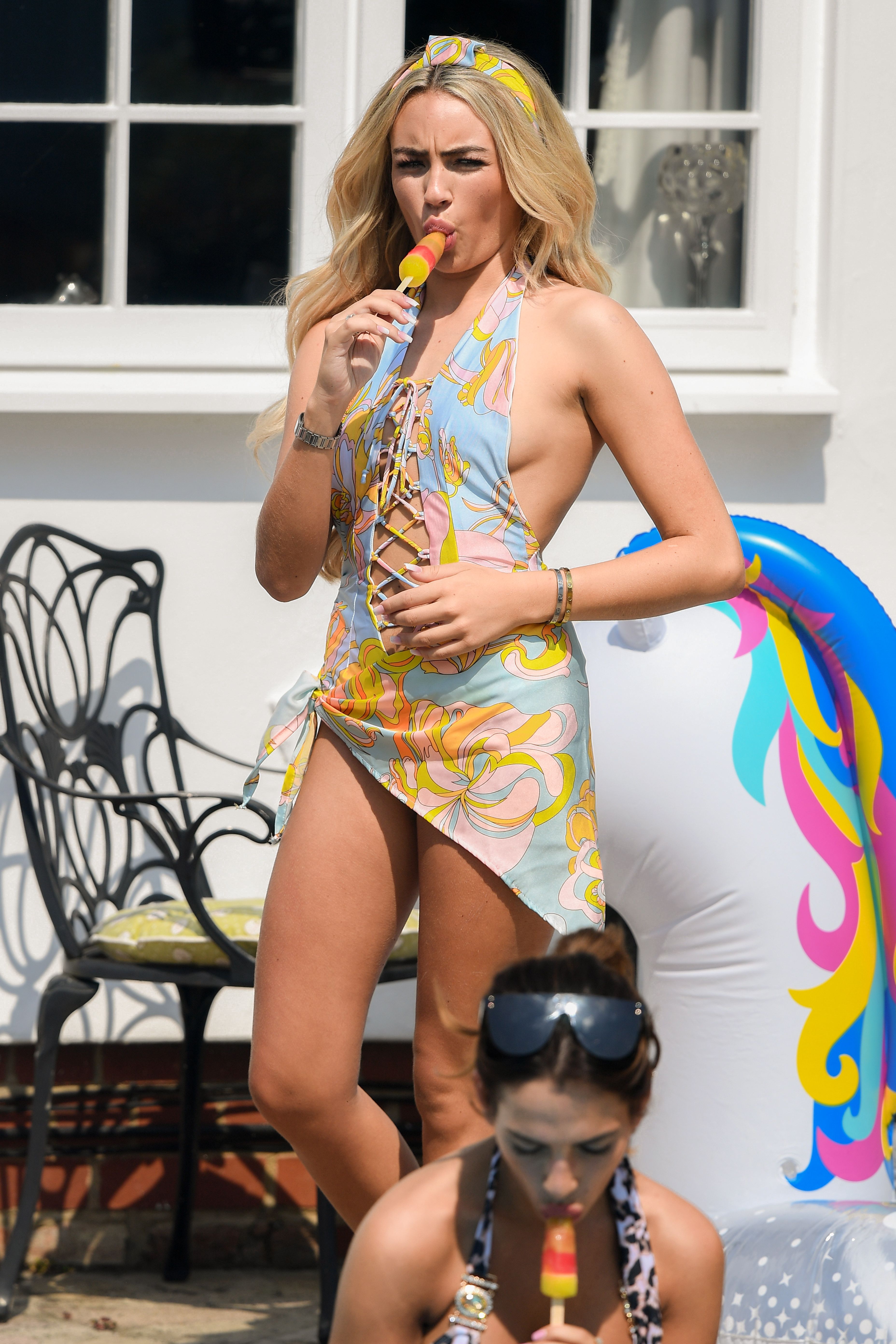 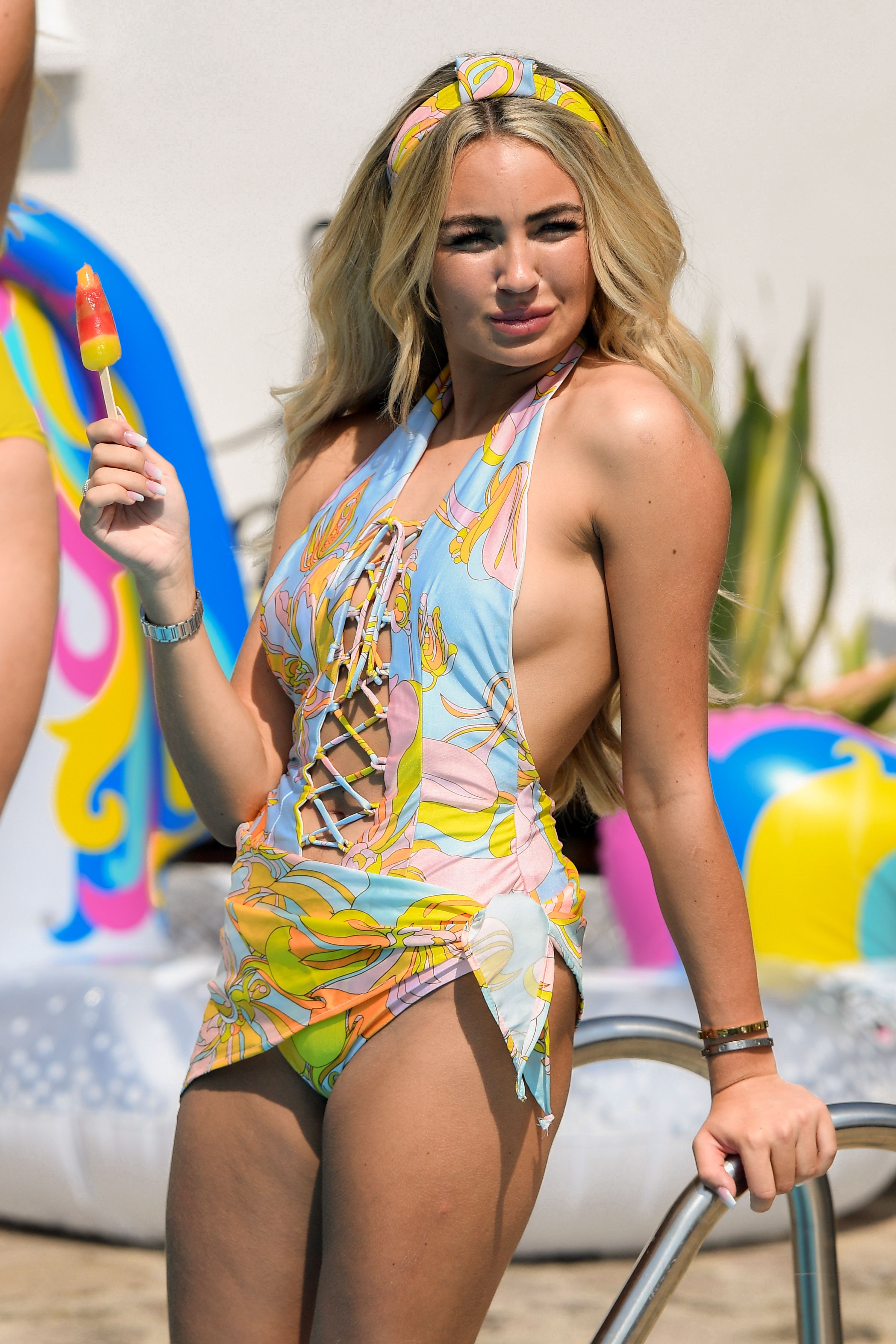 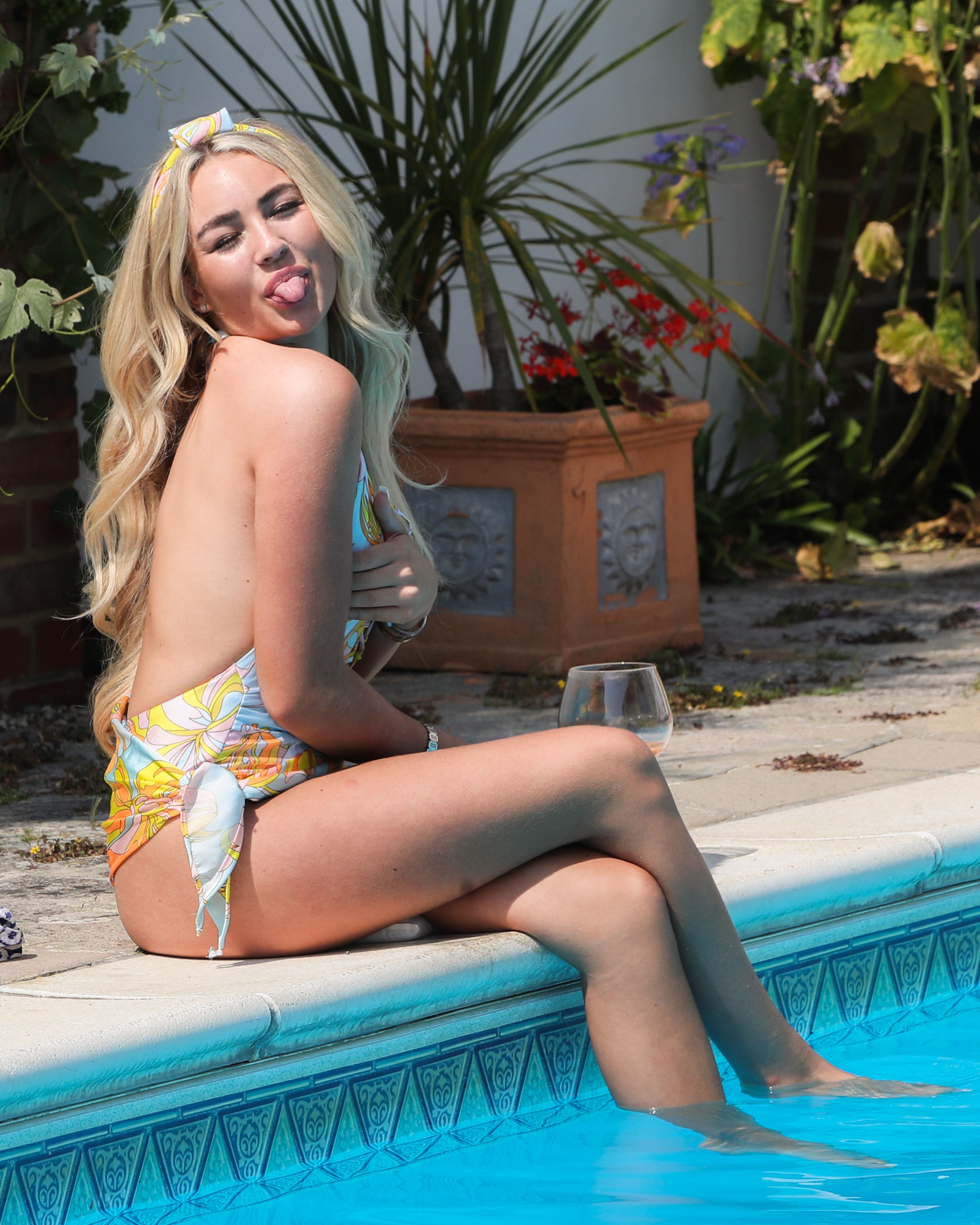 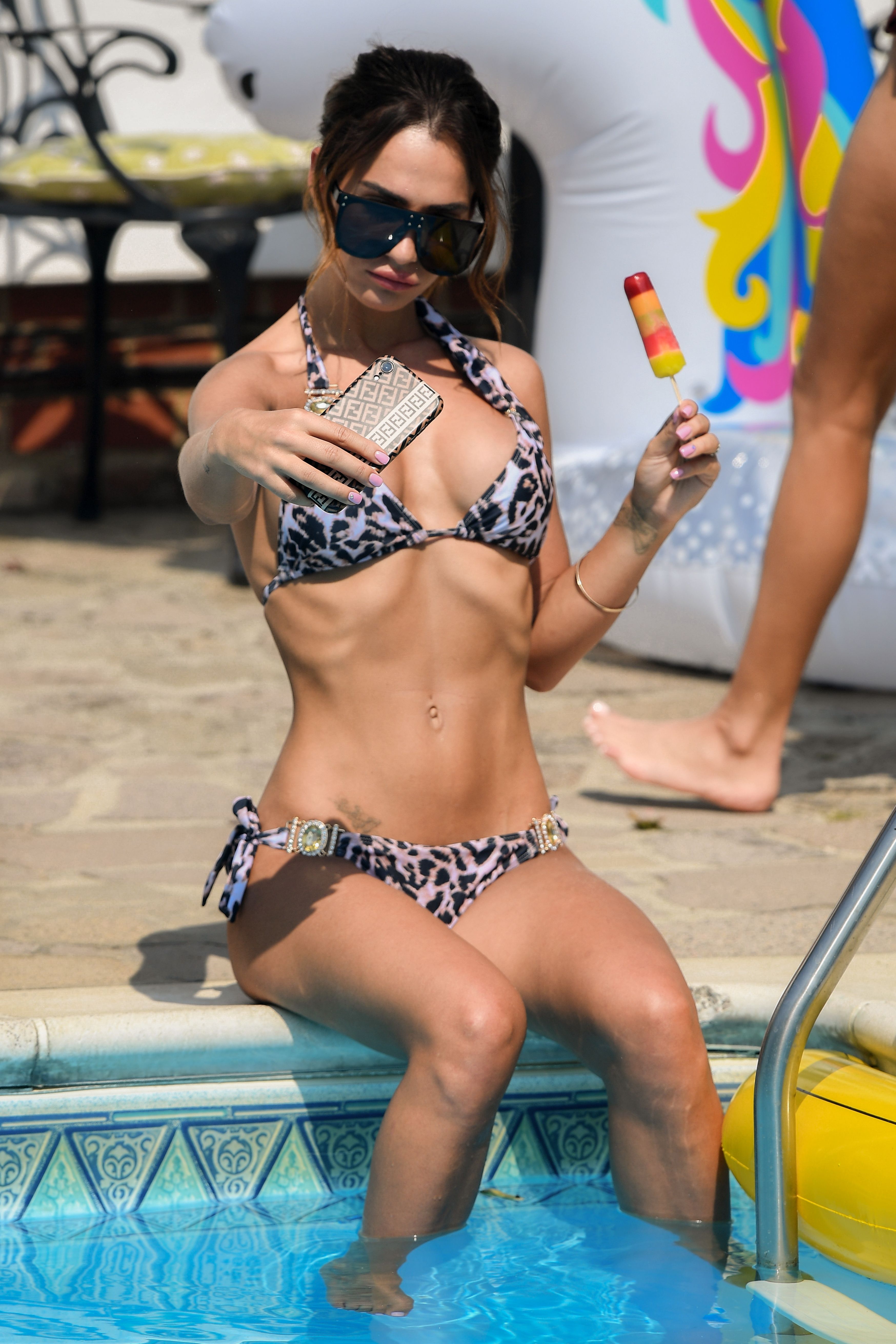 However, Olivia Attwood was more in touch with the taste of the nation – she opted for a Twister lolly, voted the UK's third favourite lolly in YouGov's poll last week.

She matched her dark green swimsuit with a headband, tying her highlighted hair up in a bun.

Olivia accessorised with a golden necklace and a pair of sunglasses.

Not one to be left out, Clelia Theodoru munched on a Twister as she caught the rays in her revealing burgundy two-piece bikini. 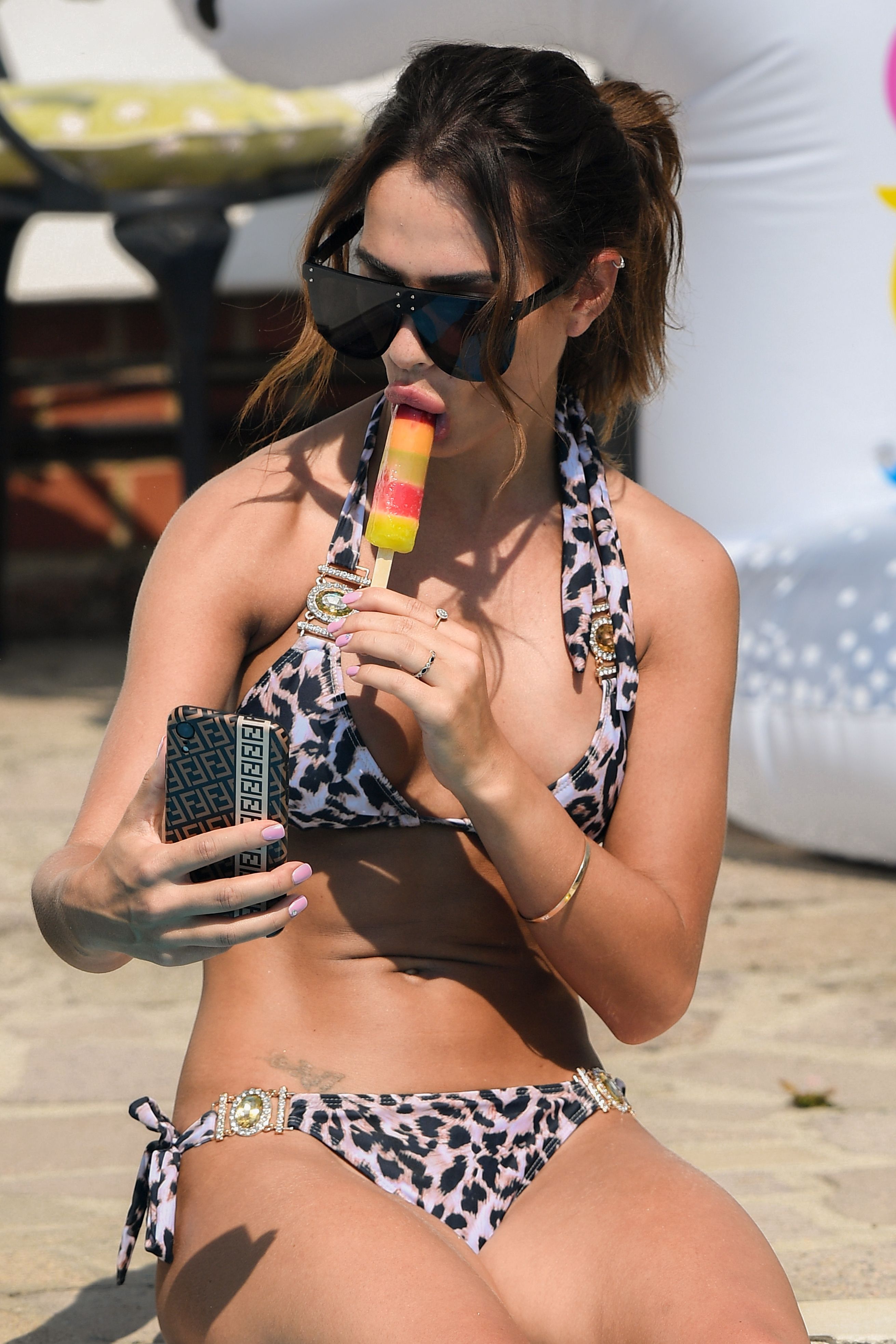 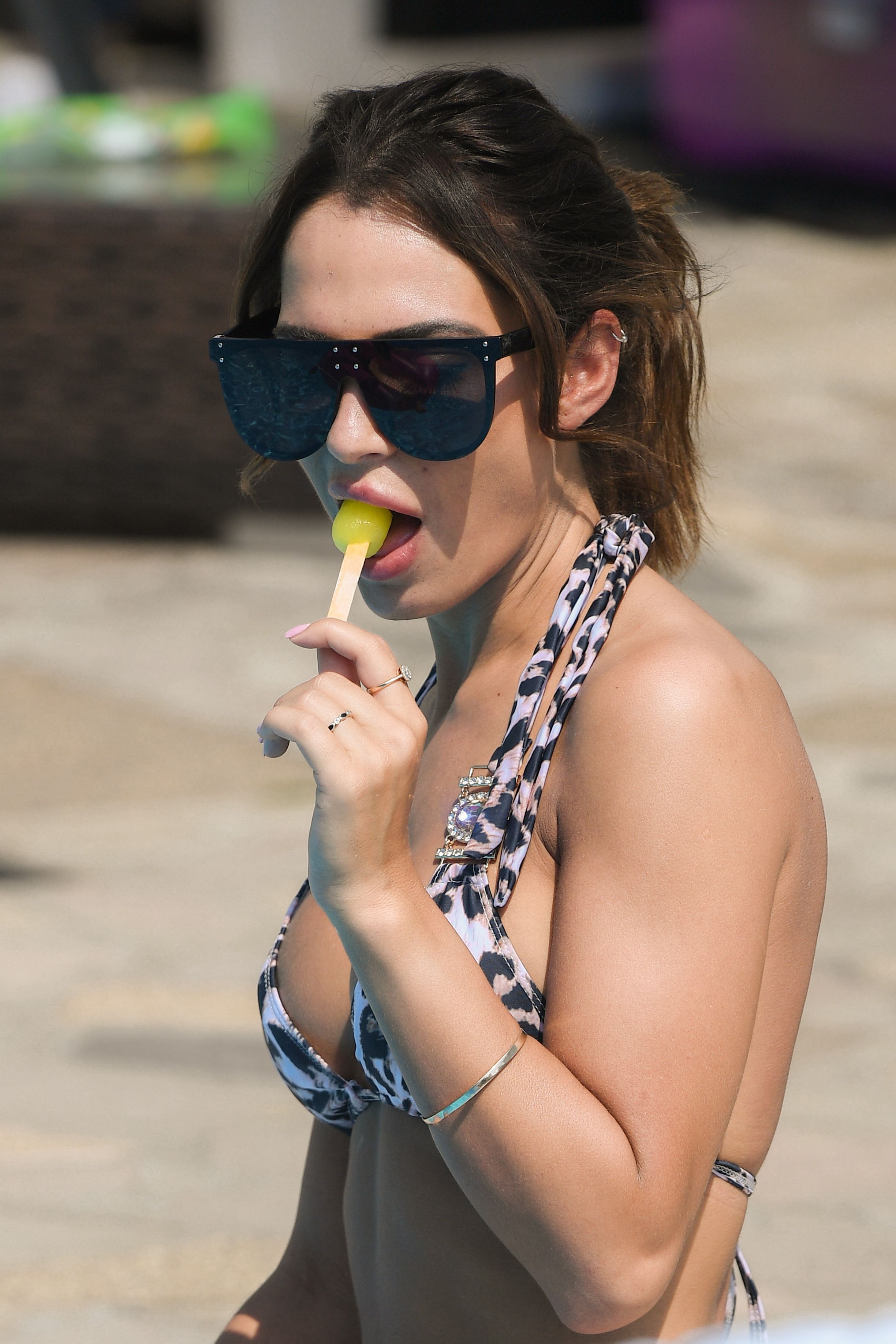 She let her hair fall down her back – wet from the pool – while clearly enjoying the ice lolly in the heat.

Joint-second favourite ice lolly from the same poll – the Fab – was the choice for Kelsey Stratford, who ate it with her little finger up. 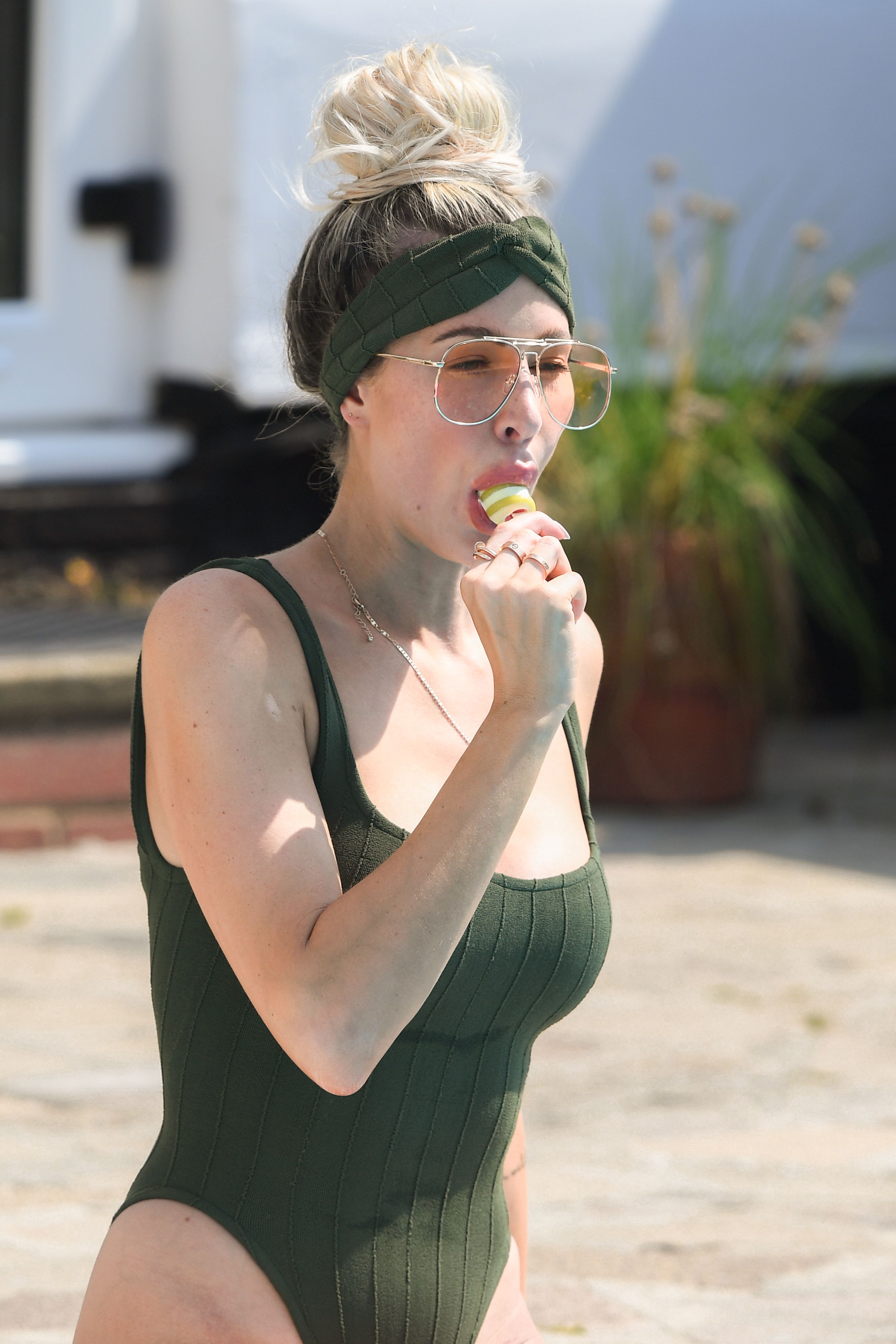 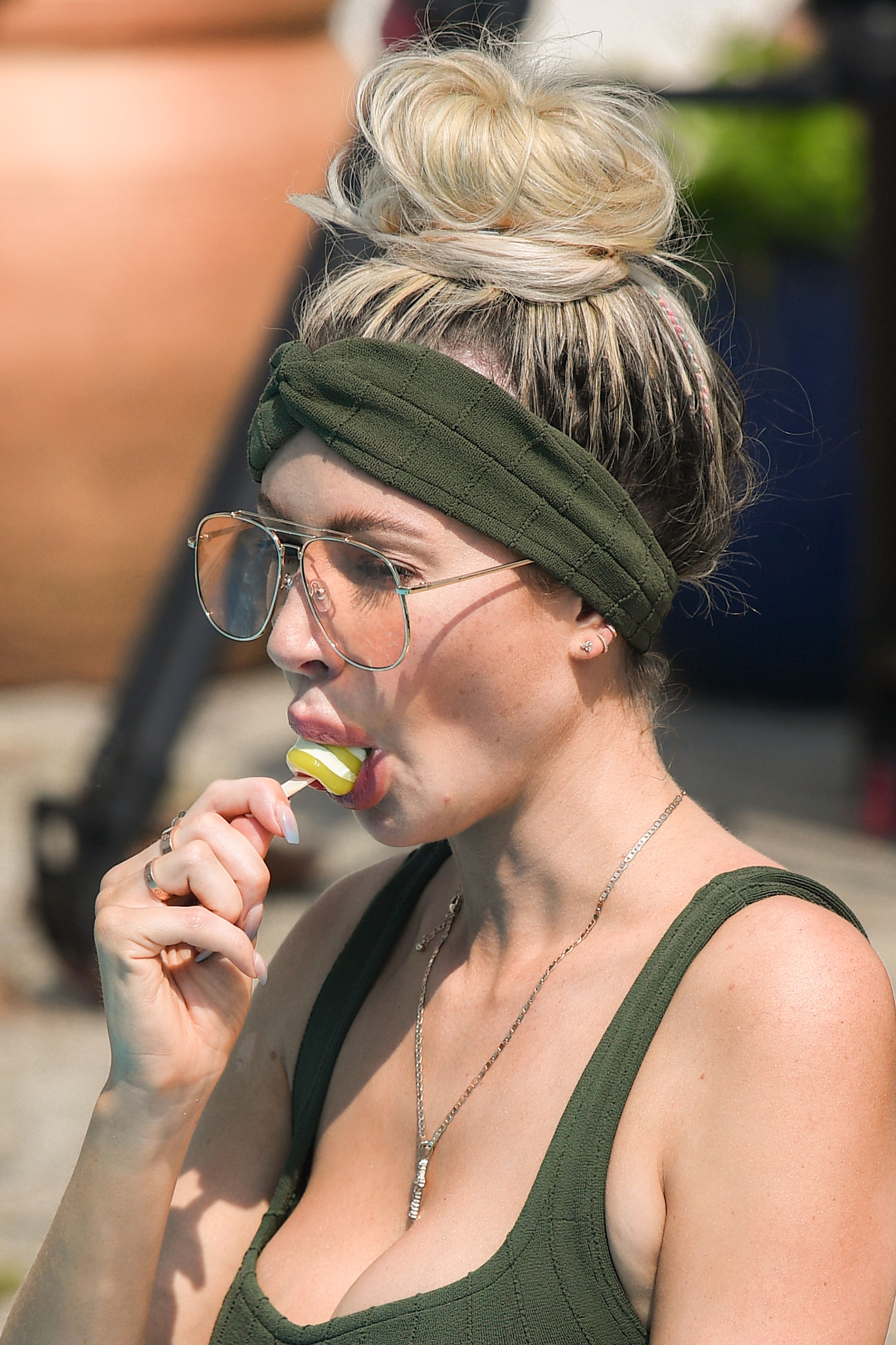 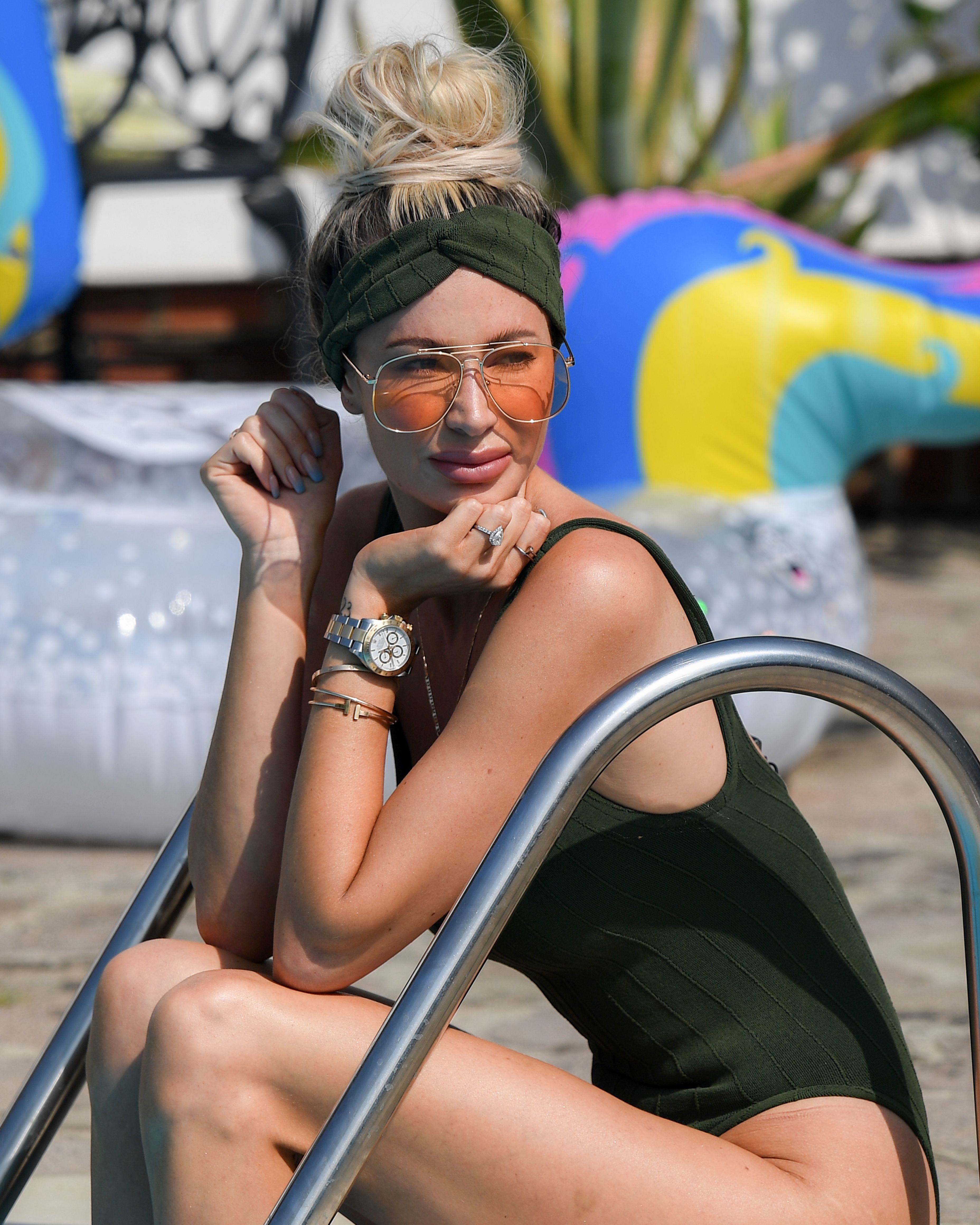 Phone firmly in hand, she wore a yellow swimming costume, sunglasses, and her hair tied up.

The girls are all filming for Towie's 10th anniversary series, which will air this autumn. 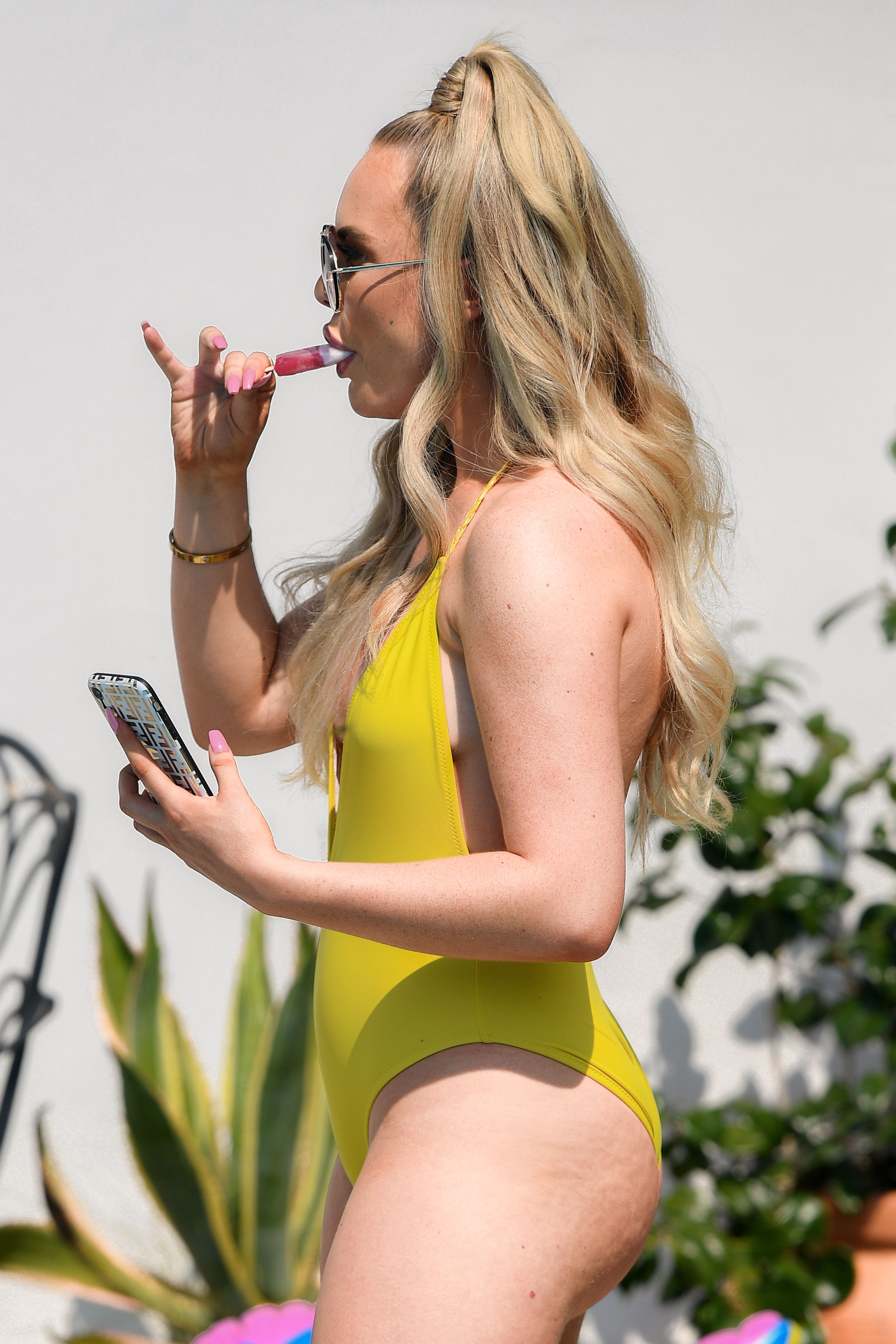 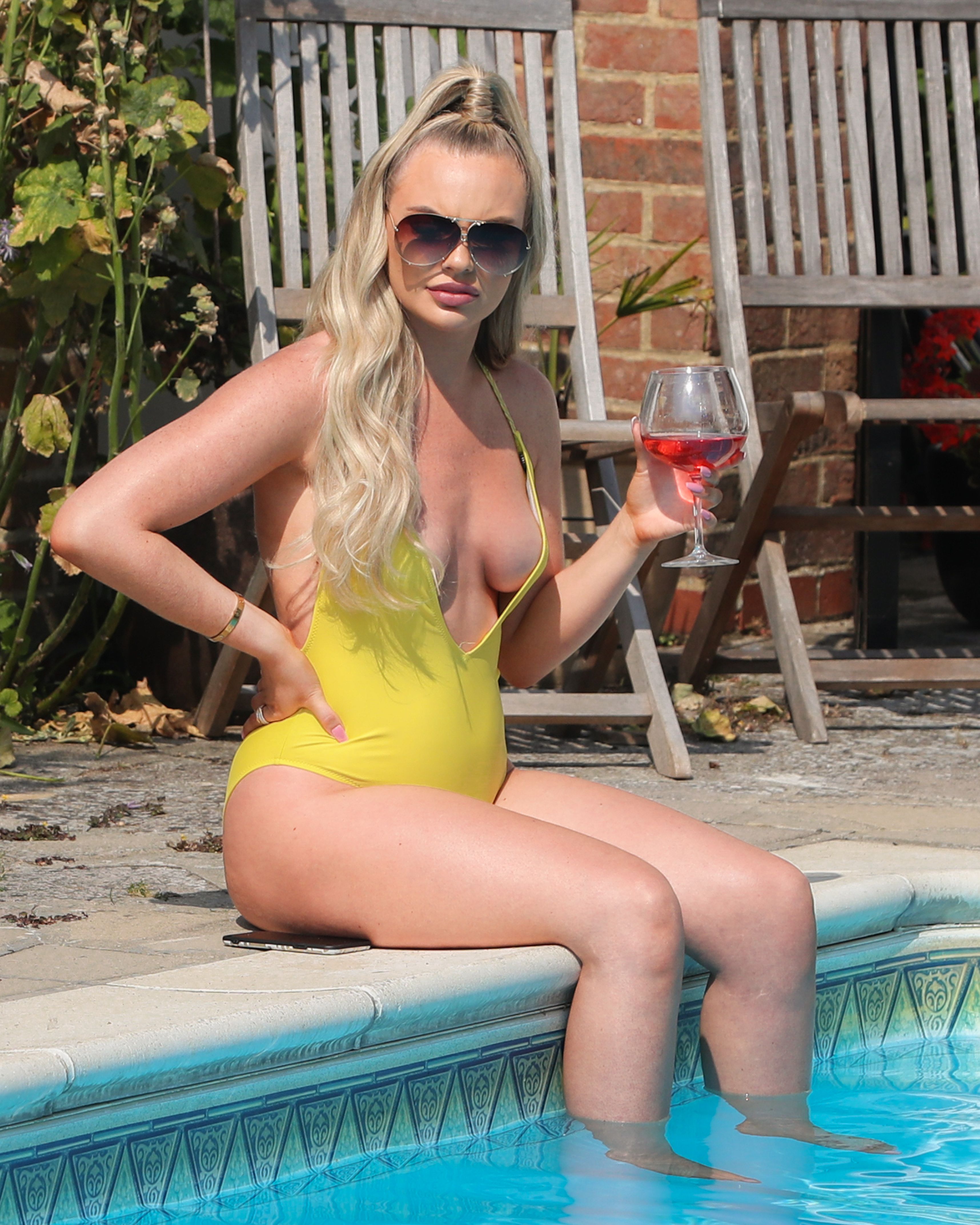 The ITVBe series was due to start filming in the Canary Islands in the coming weeks for the show's annual special abroad but producers have had to scrap the plans after the coronavirus outbreak. 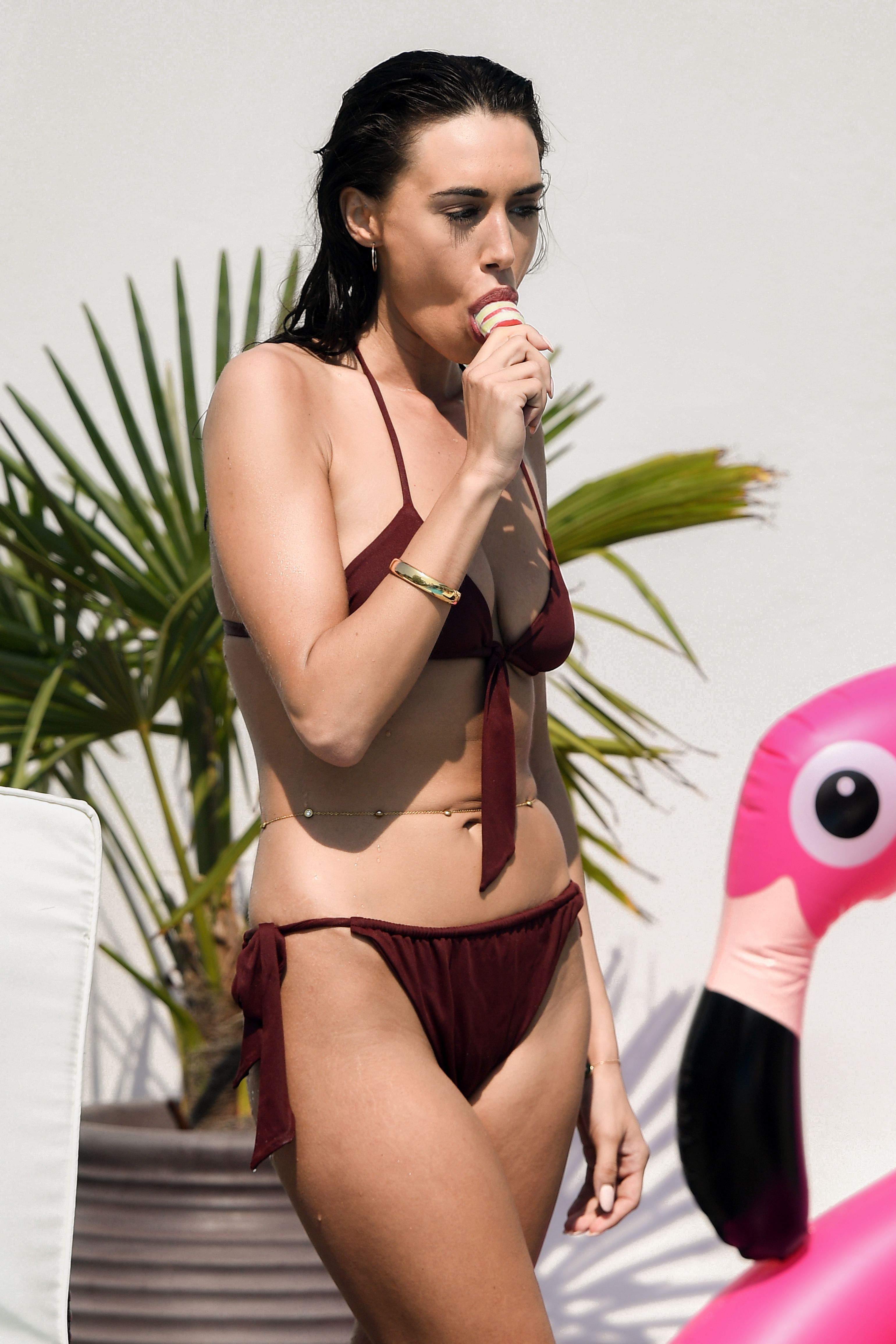 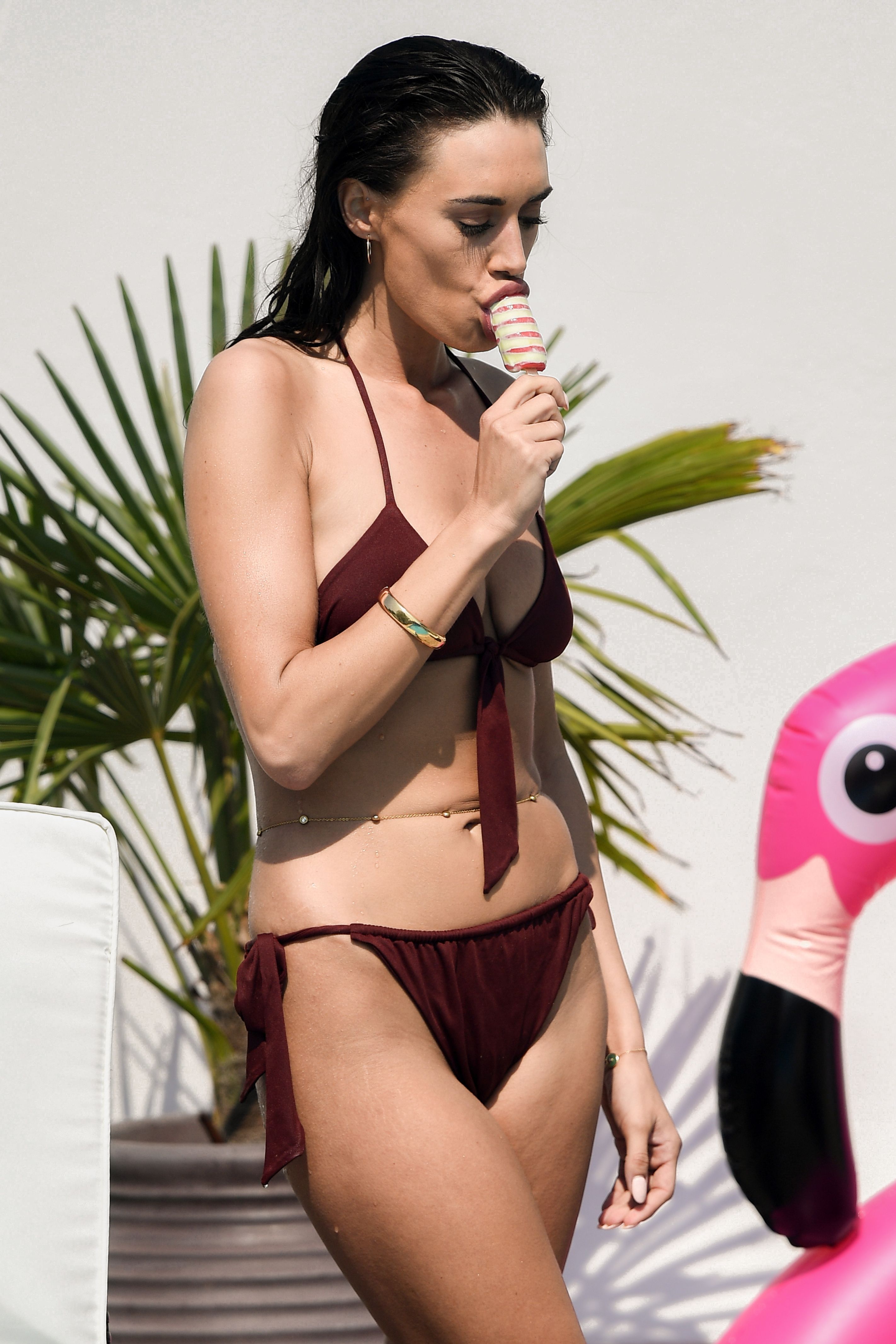 Paul Mortimer, Head of Digital Channels and Acquisitions for ITV, said "After 10 years, TOWIE is still going strong and remains the number one show on ItvBe.

"We're thrilled to be welcoming back new and old faces for the upcoming mega-series as the show celebrates this special anniversary."