Trisha, 62, joined Piers Morgan, 55, and Susanna Reid, 49, on today’s edition of Good Morning Britain to discuss the latest developments in the Black Lives Matter movement. Last week, the presenter was given an apology by Bo Selecta star Leigh, 47, in light of the global conversation about systematic racism in all walks of life. In a discussion about statues of historic figures being covered up to protect them from being defaced as protests continue on the ITV dance show, the former Dancing On Ice star revealed the backlash she had received following the Keith Lemon star’s statement. In doing so, she admitted she has been “subject to yet more vile abuse”. 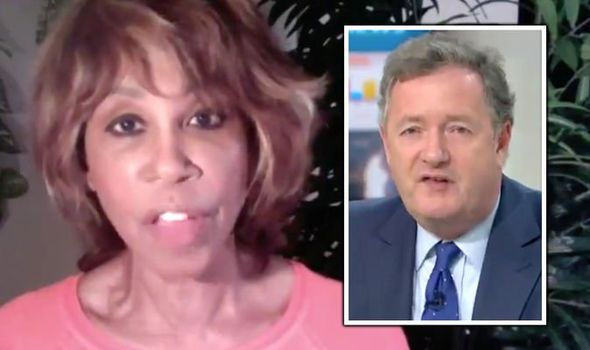 The former chat show host said of Leigh’s impersonation of her: “I just had to put up with it publicly, I didn’t privately and I didn’t realise actually until fairly recently how badly bullied my children were as a result of that.

“And Leigh chose to make an apology and let me just say, since Leigh made that apology, I have been subject to even more vile abuse.”

“There is so much toxicity in this. You were trying to explain why lampooning you in this way played into a racial stereotype that had an impact on you, on you children and on other black people and then you received a backlash.”

“I’ve had thousands and thousands of people say the same thing,” Trisha explained.