Netflix has removed a controversial scene from 13 Reasons Why, two years after a public outcry from some of Australia's peak mental health bodies.

The streaming giant revealed on Monday it had deleted a graphic suicide scene in the first season of its popular drama. The scene was widely condemned by mental health experts for showing the protagonist's method of suicide and potentially sparking copycat behaviour. 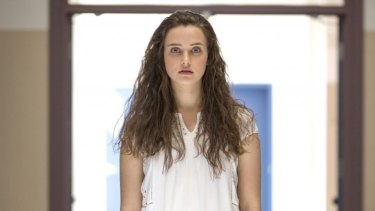 "We've heard from many young people that 13 Reasons Why encouraged them to start conversations about difficult issues like depression and suicide and get help – often for the first time," a Netflix spokesperson said. "As we prepare to launch season three later this summer, we've been mindful about the ongoing debate around the show. So on the advice of medical experts, including Dr Christine Moutier, chief medical officer at the American Foundation for Suicide Prevention, we've decided with creator Brian Yorkey and the producers to edit the scene in which Hannah takes her own life from season one."

The drama's first season revolved around a teenage boy who discovered a series of cassette tapes. They contained recordings made by a young woman, Hannah Baker (played by Australian actress Katherine Langford), who died by suicide and detailed the reasons why.

In the show's final episode, viewers were confronted with the act of suicide. In the edited version, the episode jumps from Hannah staring at herself in the mirror to her parents reacting to her death.

Mindframe, a national initiative at the Hunter Institute of Mental of Health that educates media companies about suicide prevention, has welcomed the news, calling it a world first.

"The removal of this content acts as a protective factor for vulnerable viewers who engage with this popular series, it also sets a worldwide precedent for entertainment media," said Marc Bryant, the suicide prevention program manager at Mindframe's not-for-profit organisation Everymind.

"Suicide is complex and means restriction is a major protective factor in suicide prevention.

"Since the first series was launched, Netflix should be commended for working with world leading suicide prevention experts, including the Mindframe team at Everymind, in understanding this issue and consequently responding with the delivery of a much safer series."

Mindframe and youth mental health foundation Headspace reported an increased number of calls and emails from parents and young people concerned about the program's content when it first streamed in 2017.

Yet not everyone remains convinced by the streaming giant's motivations.

Dr Fincina Hopgood, lecturer in screen studies at the University of New England, agreed the decision was a significant development but suggested that the timing was questionable.

"To edit a scene from a TV episode more than two years after it first aired globally is quite unprecedented, especially given the network’s initial resistance to calls from mental health organisations to edit or remove this scene," she said.

"There is certainly a growing awareness in the screen industry of the importance of portraying mental illness and suicide responsibly, thanks to the work of suicide prevention experts like Dan Reidenberg in the US and Australia’s Mindframe National Media Initiative.

To edit a scene from a TV episode more than two years after it first aired globally is quite unprecedented.

"But the timing of this decision by Netflix, in the lead-up to the release of the show’s third season, does seem rather opportunistic. In my view, this belated decision to edit the scene reflects the network’s overriding commercial imperative, rather than any genuine concern for vulnerable viewers."

While the creators stood by their show, which initially provided no information about suicide prevention helplines, Netflix changed its approach for the release of the second season. Viewers were subsequently directed to a website that listed the contact details for suicide prevention services.

At the time, child and adolescent psychologist Dr Michael Carr-Gregg said while most young people who watched 13 Reasons Why wouldn't be profoundly affected, there was "definitely a contagion affect" for people with pre-existing mental health conditions.

In Australia 13 Reasons Why is rated MA 15+ for its strong suicide themes and sexual violence. It is based on the New York Times bestselling young adult novel of the same name. Season three is due out later this year.

If you are troubled by this report or experiencing a personal crisis, you can contact: