JASON Manford has risen to prominence thanks to his hilarious jokes and relaxed demeanour.

The comedian has presented a string of shows, including The One Show, but tonight (Tuesday, December 8, 2020) he is hosting The Royal Variety Performance. 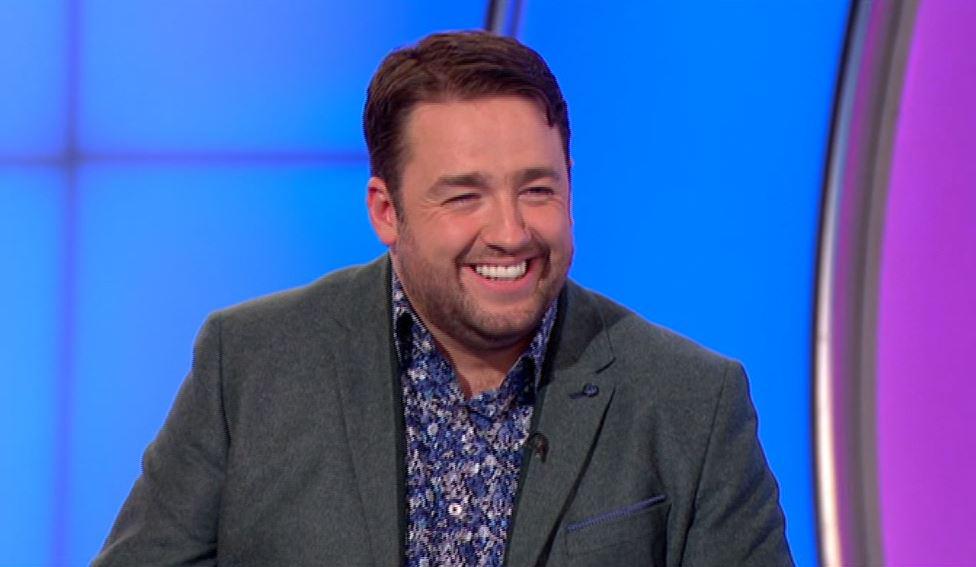 Who is Jason Manford?

Inspired by the likes of Billy Connolly, Eddie Izzard and Peter Kay, Jason first started experimenting with stand-up when working as a glass collector in a pub aged 17.

Jason got his big breakthrough in Johnny Vegas' psychedelic sitcom Ideal, in which he played Jack, and he also hosted a breakfast show on Xfm Manchester. 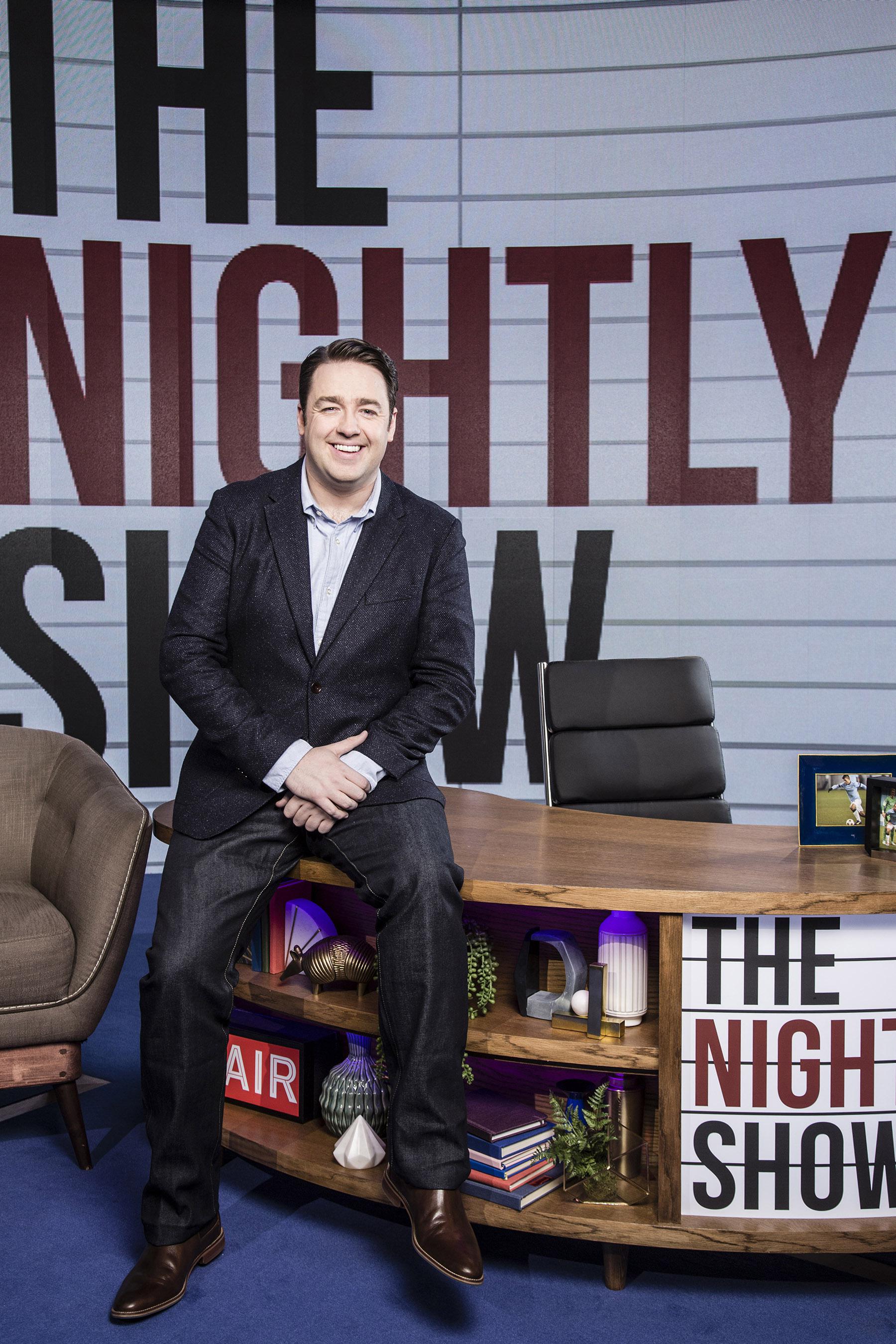 What TV programmes has Jason Manford been on?

Now 39, dad-of-six Jason has been on an impressive number of TV shows, including BBC drama Ordinary Lies.

He became a BBC staple after hosting The One Show between July and November 2010, and later hosted A Question Of Sport spin-off quiz show Super Saturday in 2014.

In 2015 he hosted The Money Pit on Dave and It's A Funny Old Week on ITV, and was a Sunday morning presenter on Absolute Radio in 2016.

A former regular on Live At The Apollo, he also hosted The Nightly Show from April 10-14, 2017, and claimed he would be able to "save" the failing format.

In February 2018, Jason hosted What Would Your Kid Do?, an ITV show where children were recorded with hidden cameras to see how they would react in a given situation.

In March 2019 he took part in Comic Relief Does University Challenge . 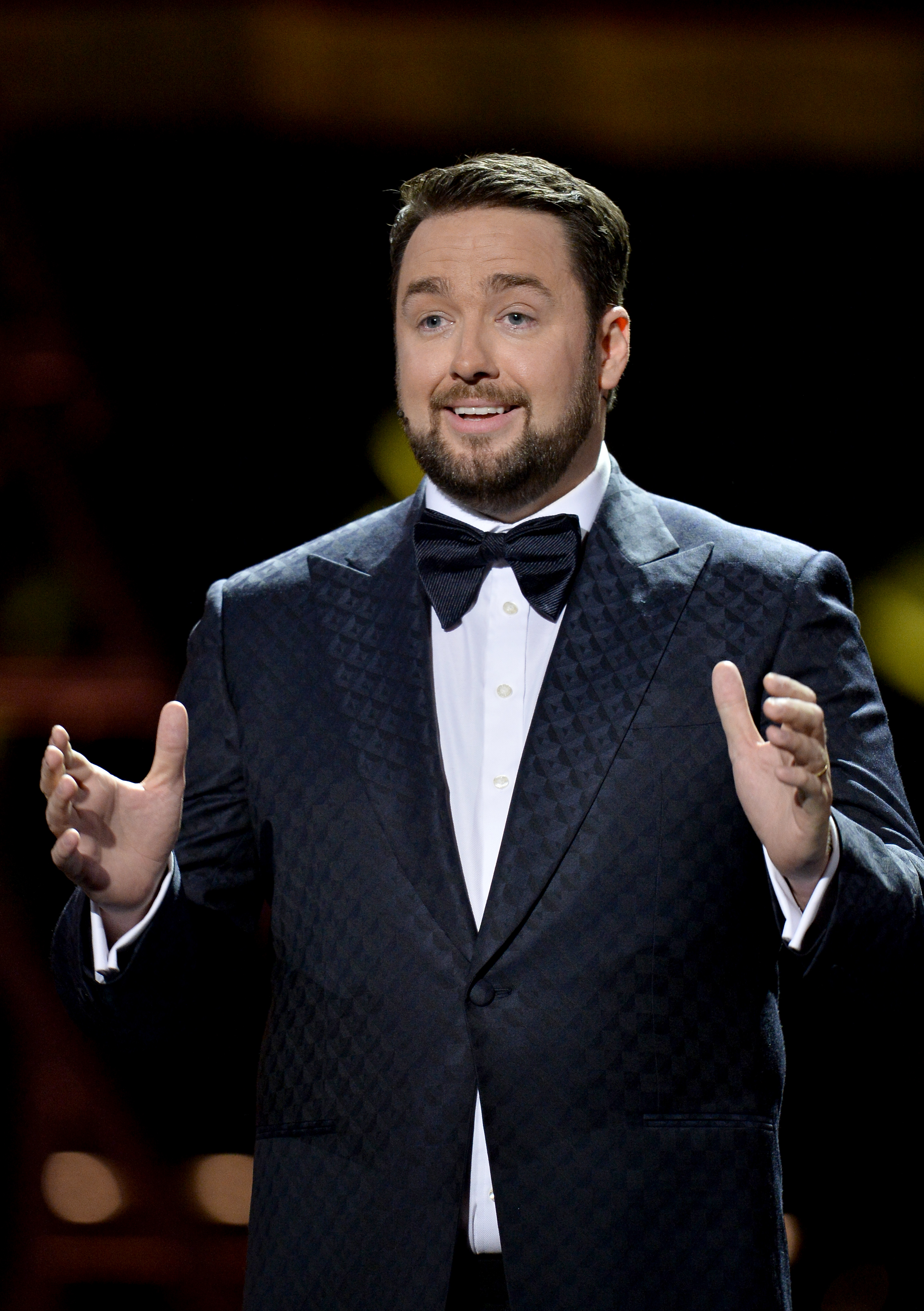 What is Jason Manford's net worth?

Jason's net worth is around £1.5million, according to Celebrity Net Worth.

The comedian has enjoyed a successful TV career and can also has sell out stand-up tours to thank for earning the big bucks.

Add to that comedy DVD sales, a music album, regular appearances on panel shows like 8 Out of 10 Cats, the star continues to be popular across stage and screen. 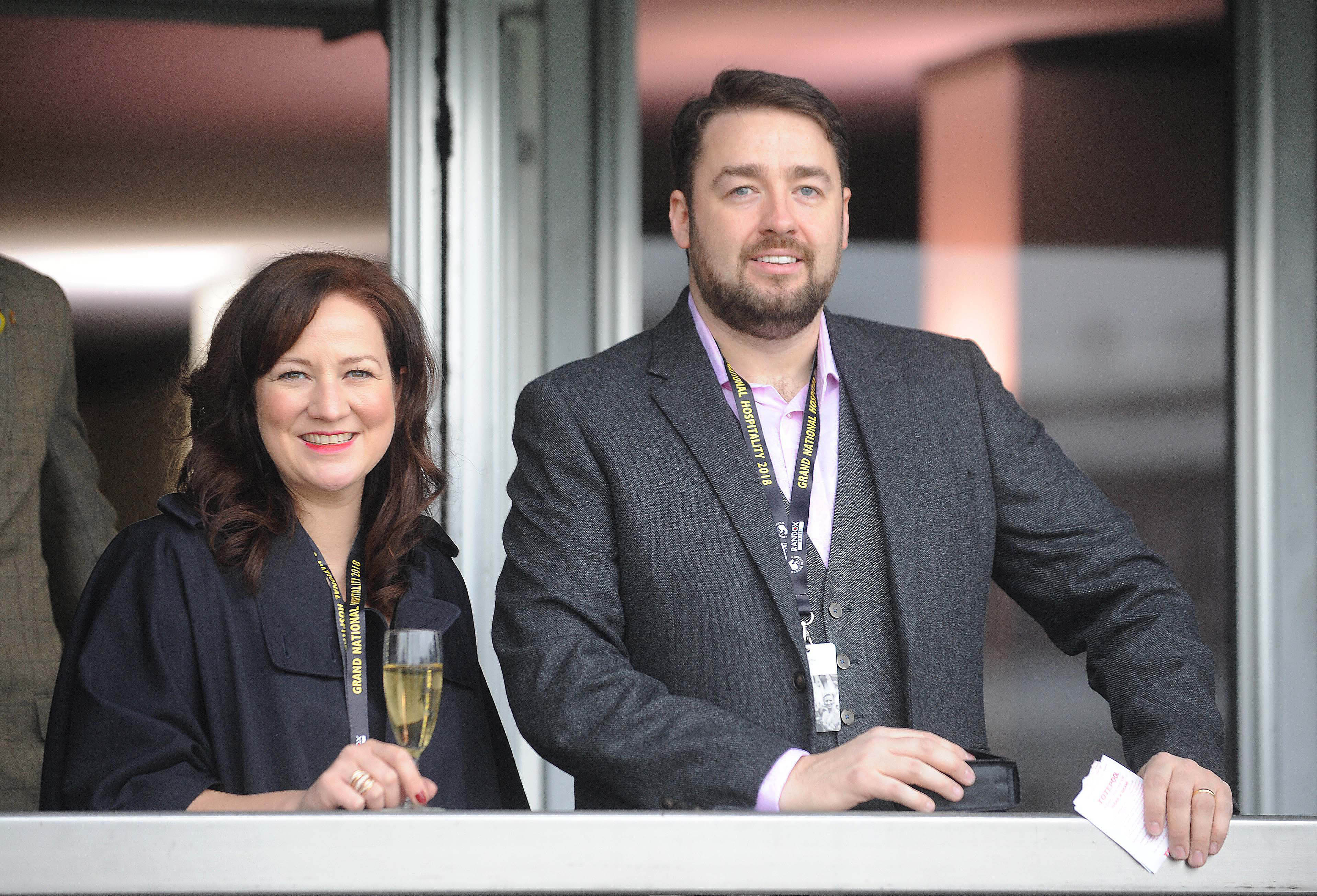 Who is Jason Manford's wife Lucy Dyke and how many children do they have?

Jason has been married to second wife Lucy Dyke since December 2017 and the couple share two children together.

Not much is known about Lucy as the couple have chosen to keep their marriage reasonably private – apart from when she features in the comedian's stand-up material.

Jason has four other children from a previous marriage.

Jason told The Sun: “We all get along and it is good material. My family are half of my act. People like to hear about them.

“They come to hear that they are not a terrible parent, that it’s normal to lose it in front of a packed shopping centre.” 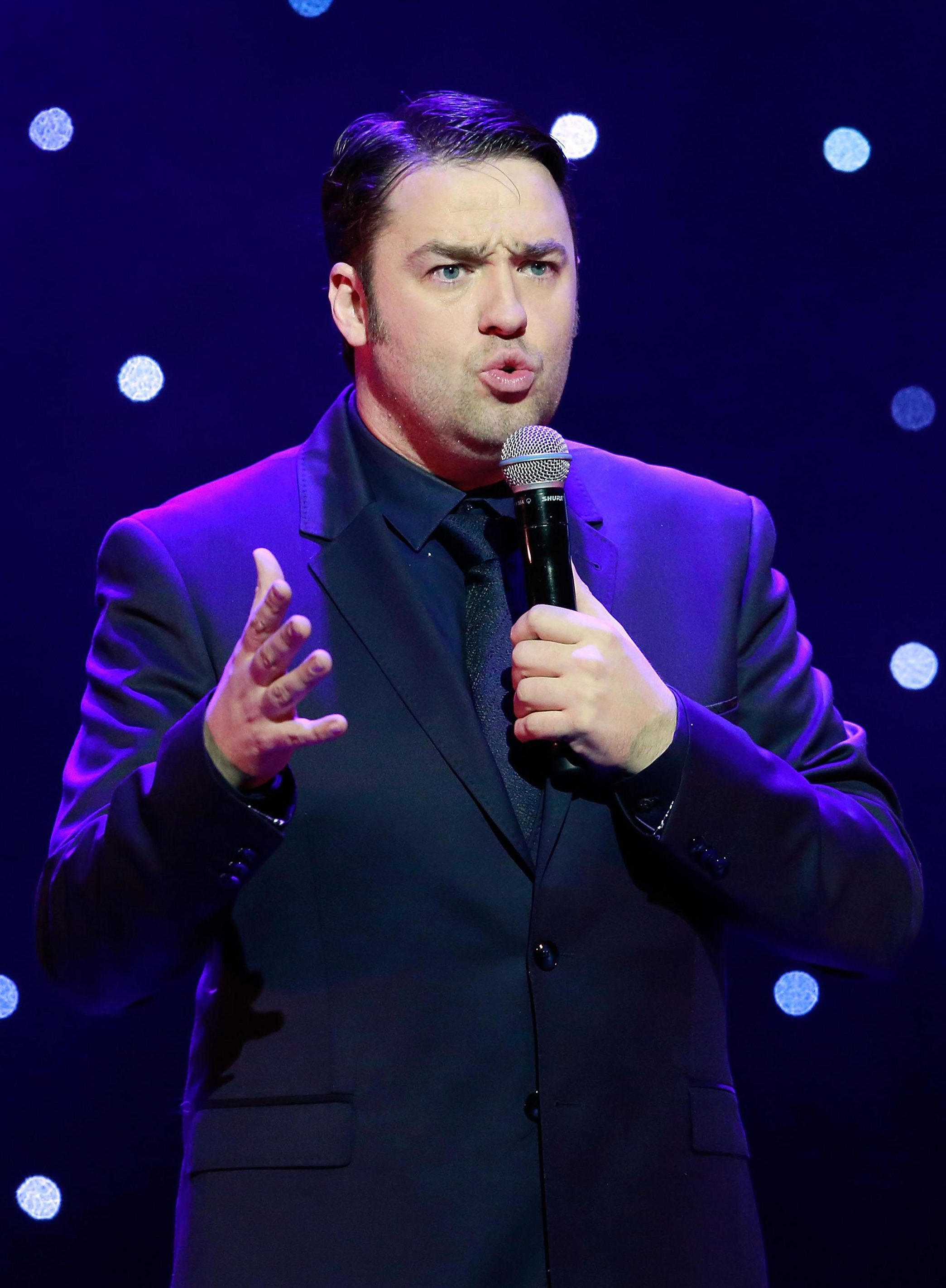 What else do we know about Jason Manford?

Manford quit his prestigious job presenting The One Show in 2010 after he was caught sending explicit Twitter messages to a fan.

Following this, he admitted to The Sun that he'd been "a d***head", claiming his then wife Catherine had forgiven him, though he was caught sending explicit messages to another fan on Facebook in 2013.

He's since split from Catherine, with whom he has four children, and divorced in 2013.

Jason has been married to his second wife Lucy Dyke, since December 2017 and the couple share two children together.

The Sun exclusively revealed that on Christmas Eve 2017 Manford and Dyke had said "I do" in a ceremony in Manchester.

However, it was claimed he had a sleazy phone chat with another woman just days before his wedding.

Jason gives to charity a lot and is the patron of Savebabies, which campaigns for newborn screening.

He also supports Stephen's Story, the charity set up by terminally-ill cancer patient Stephen Sutton, who died in 2014.

Jason also fancies himself as a singer and released his debut music album in 2017.

It is titled A Different Stage and is inspired by the comic's love of musical theatre.

His album features hits from shows such as Chitty Chitty Bang Bang and Les Miserables, and reached No10 in the UK album charts.

Jason was left deeply upset by the Manchester bombing, which killed 22 people including an eight-year-old girl, and broke down in tears during a Facebook Live video.

He had also appealed to help find family friend Martyn Hett, 29, who was later confirmed as one of the 22 victims.

But when the comedian reached out to comfort Ariana Grande, he was subjected to trolling on Twitter as a result.

He had written: “You gave those kids the night of their lives, their hearts were full of joy & happiness & that was because of you. Remember that.”

Some took offence to his wording, with one remarking: "You say that as if they all laughed and had ice cream cones safely on their way home to their families."

One particularly vile tweeter even wrote: “Grow a pair.”

Defending himself against the jibes, Jason replied to the “cretins” by writing “if you can’t say anything nice, shut the f*** up” and “people like this disgust me”.