As dozens of women stepped forward in fall 2017 with accusations that Harvey Weinstein had sexually assaulted them, the writer and director Taylor Sheridan made several demands of Weinstein’s doomed company: No longer distribute his latest feature, “Wind River,” starring Jeremy Renner and Elizabeth Olsen, about a murdered Indigenous woman on a reservation in Wyoming, and also strip all traces of the company’s name from the film. And donate future profits from the film to the National Indigenous Women’s Resource Center.

For the center, which is run out of a woodstove-heated bungalow in snow-swept Lame Deer, Mont., this was a potentially huge boon. The nonprofit addresses violence against Native American women, runs a national helpline for domestic violence survivors, and provides assistance to tribes and tribal programs across the country. The royalties could amount to $6 million, more than twice its annual budget.

But in 2018, the Weinstein Company declared bankruptcy, and Lantern Entertainment acquired its film and television assets for $289 million. Now the center is unlikely to ever see a penny of the film profits promised to it.

Matthew George, a producer of “Wind River” through his production company, Acacia Entertainment, said the bankruptcy sale meant that Lantern Entertainment probably would not recognize the agreement the Weinstein Company made to donate profits to the center. 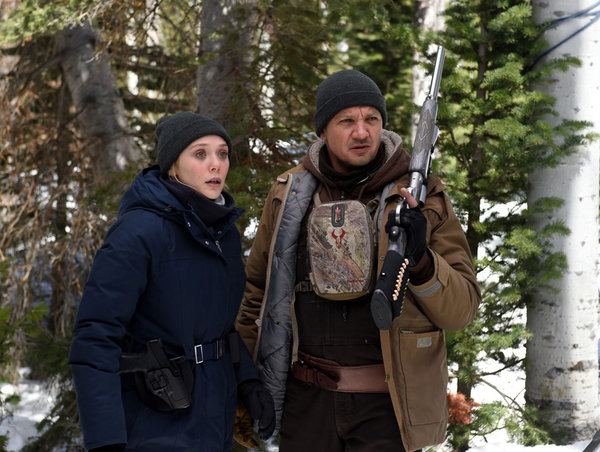 “To Taylor’s credit, he was doing the right thing, and forced these guys to do the right thing,” George said. “But then the company went bankrupt, and it became a moot point.”

Lucy Rain Simpson, the center’s executive director, said in a phone interview that people in her field had asked, “What are you doing with all that money?” But Simpson said, “We haven’t gotten a huge influx of cash. We haven’t gotten anything from the royalties at all.”

According to Sheridan’s management team, the filmmaker was traveling and could not be reached for an interview. They said he has had no contact with Lantern Entertainment, whose executives declined to comment for this article.

That company has been fighting off efforts by several stars — among them, Meryl Streep, Julia Roberts, Bradley Cooper, Robert De Niro and Jennifer Lawrence — to collect unpaid royalties from movies they made with Weinstein. In January, a bankruptcy court judge ruled that Lantern was not liable for payments owed to Bruce Cohen, who produced “Silver Linings Playbook.”

Sheridan has long professed deep interest in Native American culture and causes. Simpson said she did not know the writer-director before the profit-sharing agreement he reached with the Weinstein Company in 2017, but since then, he has been what she described as “a really strong non-native ally to us and to this work.”

Sheridan gave the keynote speech at a conference the center held in Albuquerque last summer, and collects donations for the organization on the set of his television series, “Yellowstone,” starring Kevin Costner and Josh Lucas. A member of his management team said Sheridan is also the executive producer of a documentary about a young lesbian Indigenous woman, and is donating his producing fee to the center.

Released in August 2017, “Wind River” was the first feature Sheridan directed and wrote. It received laudatory reviews mixed with criticism that it had a “white savior” narrative: Olsen’s F.B.I. agent, with the help of Renner’s federal wildlife officer, is trying to solve a young native woman’s rape and killing. The film, made for a reported budget of $11 million, earned $33.8 million in ticket sales, according to the industry-tracking site BoxOfficeMojo.com.

George, the producer, said roughly half of that money went to the theatrical exhibitors, with most of the rest eaten up by print and advertisement costs. He also said that neither he nor Sheridan had received profits from the film. While the royalties allocated for the center would have kicked in further down the line, through fees from streaming services, home video and pay television, the center would probably have seen $1 million within 18 months of the agreement, with an estimated additional $3 million to $5 million allocated in years to come.

Simpson said she and the center’s staff members never made concrete plans about what to do with the money.

“We didn’t want to get too ahead of ourselves, and get disappointed,” she said. But they had hoped to engage in more policy work and grass-roots efforts on behalf of missing and murdered indigenous women.

“There is so much work to be done,” she said, “We just would like to be able to move forward.”