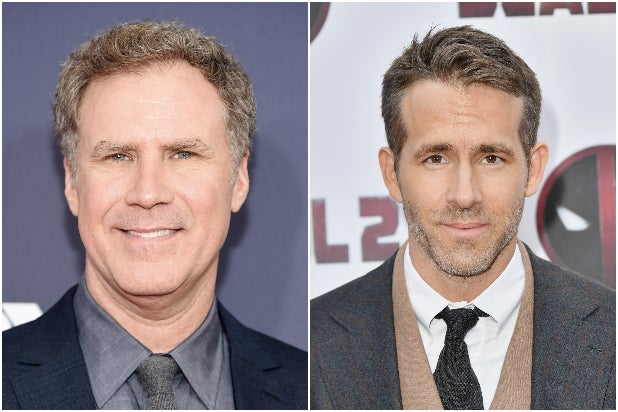 Apple is in final negotiations to acquire the rights to a musical adaptation of “A Christmas Carol” set to star Will Ferrell and Ryan Reynolds, an individual with knowledge of the project told TheWrap.

Apple is acquiring the film in a bidding war as part of its aggressive push beyond TV series and into feature films as it launches the Apple TV+ streaming service on Nov. 1.

Ferrell’s Gloria Sanchez Productions, Reynolds’ Maximum Effort and Mosiac are all producing the film, with Anders and Morris also serving as producers.

The new project is just one more of now countless adaptations of Charles Dickens’s “A Christmas Carol” about the greedy miser Ebenezer Scrooge and his spiritual journey toward celebrating the holiday season along with the Ghosts of Christmas Past, Present and Future.

Most recently in 2018 was a BBC Films stage-to-film adaptation of a one-man show by actor Simon Callow. Scrooge has also been played by Jim Carrey in Robert Zemeckis’ animated performance-capture film from 2009 and by Bill Murray in “Scrooged,” not to mention a take by the Muppets in “The Muppet Christmas Carol.”

Ferrell can be seen in the just-released “Between Two Ferns” movie on Netflix. He’s next starring a remake of “Force Majeure” called “Downhill” and in a satirical send-up of the international song competition “Eurovision.” He’s represented by UTA and Mosaic, which both packaged the project and took it to market.

Reynolds starred in “Pokemon: Detective Pikachu” this year and appeared in “Fast & Furious: Hobbs and Shaw.” He will be seen next in Michael Bay’s “6 Underground,” “The Hitman’s Wife’s Bodyguard” and “Free Guy.” He’s represented by WME.

News of Apple’s acquisition was first reported by THR.