“At some point you have to choose to share any love and joy you have to give, over everything else,” Jenkins says 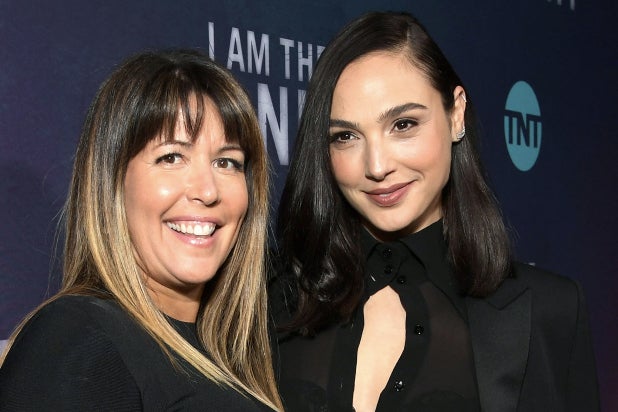 Director Patty Jenkins has consistently shut down talk of releasing “Wonder Woman 1984” via streaming rather than delay the film’s U.S. release in response to the COVID-19 pandemic. But on Wednesday, after Warner Bros. announced the movie will debut Dec. 25 on HBO Max alongside a limited U.S. theatrical launch, Jenkins said she hopes the decision ” brings a little bit of joy and reprieve to all of you this holiday season.”

“The Time has come. At some point you have to choose to share any love and joy you have to give, over everything else,” Jenkins said. “We love our movie as we love our fans, so we truly hope that our film brings a little bit of joy and reprieve to all of you this holiday season.”

“Watch it IN THEATERS where it is safe to do so (check out the great work theaters have done to make it so) and available in the safety of your own home on HBO Max where it is not. Happy holidays to all of you,” Jenkins continued. “We hope you enjoy our film as much as we enjoyed making it.”

Back in October, Jenkins said in an interview with Reuters that “Wonder Woman 1984” would not skip theaters and head directly to a streaming service, but with coronvirus cases rising across the country and many theaters, particularly in New York and Los Angeles, still not open, it seems the decision was made to split the difference.

“I don’t think any of us want to live in a world where the only option is to take your kids to watch a movie in your own living room, and not have a place to go for a date,” Jenkins said back in October. “I really hope that we are able to be one of the very first ones to come back and bring that into everyone’s life.”

She had further added how dire a situation it could be if theaters were to disappear as a result of the coronavirus and had previously urged the U.S. government to provide relief.

“If we shut this down, this will not be a reversible process,” Jenkins said. “We could lose movie theater-going forever…It could be the kind of thing that happened to the music industry, where you could crumble the entire industry by making it something that can’t be profitable.”

In a release, WarnerMedia Studios and Networks Group CEO, which includes Warner Bros., elaborated on the decision to give the “Wonder Woman” sequel a simultaneous release after the previous film made $822 million at the worldwide box office.

“As we navigate these unprecedented times, we’ve had to be innovative in keeping our businesses moving forward while continuing to super-serve our fans,” Sarnoff said. “This is an amazing film that really comes to life on the big screen and, working with our partners in the exhibition community, we will provide that option to consumers in the U.S. where theaters are open. We realize that a lot of consumers can’t go back to the movies due to the pandemic, so we also want to give them the option to see ‘Wonder Woman 1984’ via our HBO Max platform.”

“We appreciate how patient audiences have been and given the great anticipation around ‘Wonder Woman 1984’ we are grateful to be able to make this terrifically entertaining movie widely available in these challenging times,” Toby Emmerich, chairman, Warner Bros. Pictures Group, added.

The superhero sequel starring Gal Gadot, Chris Pine and Kirsten Wiig and directed by Patty Jenkins was originally meant to open during the summer, then was pushed to October and then pushed again to Christmas 2020 due to the coronavirus.