Battered by coronavirus lockdowns and the fear of economic headwinds to come, young Melbourne workers and students appear wary of raising their hopes over job opportunities promised in this week’s federal budget.

Just 46 per cent of Victorians aged between 18 and 24 were in work in September, according to the Melbourne Institute of Applied Economic and Social Research.

Carina Mammone is among those facing intense competition in the job market. 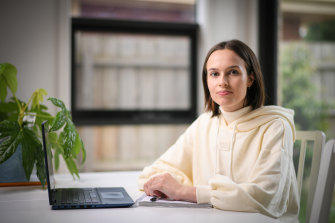 Carina Mammone faces a race to secure work before her welfare payments are cut.Credit:Eddie Jim

Before the pandemic struck she was working two jobs and studying full-time. She managed to hang on to a couple of hours a fortnight of mentoring work through Deakin University, but restaurant work dried up and now Ms Mammone finds herself in the target demographic for the government’s new JobMaker Hiring Credit.

The 21-year-old university student has been spending much of her time searching for work before the coronavirus welfare supplement’s December 31 expiry. But she said businesses did not appear confident enough to bring new people on.

With her welfare payments set to drop considerably at the end of the year, Ms Mammone faces a race to stay above the poverty line.

"With the current youth allowance, I have enough money to cover rent and food and the essentials," she said. "If that goes back down after December and I can’t get some sort of Christmas casual job, I’m probably not going to be able to cover rent.

"I’ve even been considering leaving Melbourne and moving back to Mildura, where it looks like there are more jobs and less competition."

The JobMaker scheme announced as part of Tuesday night’s federal budget will give employers $200 a week if they hire a worker aged between 16 and 30 who has been on JobSeeker or youth allowance, and $100 for those aged 30 to 35.

Nathan Toleman, CEO of The Mulberry Group, which runs three restaurants in Melbourne and three in Geelong, said his business was not looking to bring on more staff, regardless of age.

"Right now, we’re more concerned with looking after the staff we’ve already got," Mr Toleman said. "We’d like to maximise their hours and get them topped up before we bring on anyone else."

Research by the Melbourne Institute shows more than half of workers in the worst-hit industries, such as retail and hospitality, are aged between 18 and 24, and more than three-quarters of those are on casual contracts.

Paul Zahra, CEO of the Australian Retailers Association, said given the way the benefit was structured, it would significantly preference people under 35.

"Payroll costs are one of the biggest pain points for retailers, so there’s no doubt they’ll be looking to offset some of those costs by taking advantage of the JobMaker Hiring Credit," he said. 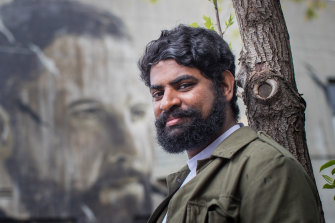 But he feared the 20-hour-a-week mark could be out of reach for a lot of young people who balanced work on top of study or care-giving responsibilities.

"A lot of young people are not going to make 20 hours regularly. I think that cuts off the young people who need the money most," he said.

Jan Kabatek, an economist with the Melbourne Institute, said the scheme would help young people get back into work.

"The economic incentives are quite clear. The program is set up so that if the person is younger, they will be $200 cheaper to hire. I would be very surprised not to see this reflected in the demand for workers," Dr Kabatek said.

However, it was not good news for everyone, he added. Those exempt from the scheme now faced an even harder struggle to find work.