A killer, two rapists and seven violent criminals are among the 25 serious offenders barred from being deported to Jamaica by court ruling leaving PM Boris Johnson ‘furious’ at judicial review procedure

Violent offenders could be back on the streets of Britain within 48 hours after judges blocked their deportation.

The Prime Minister is understood to be ‘furious’ at the prospect of 25 serious offenders being loose.

A judicial review stopped the criminals from being deported to Jamaica after claims that they had been denied access to legal advice.

Boris Johnson is hoping the speed up a bid to limit the powers of individuals and campaigners to use such reviews to challenge ministers, The Times reports.

His most senior adviser, Dominic Cummings, branded the Court of Appeal’s decision the ‘perfect symbol of the British state’s dysfunction’. 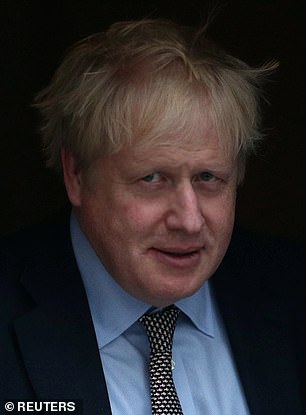 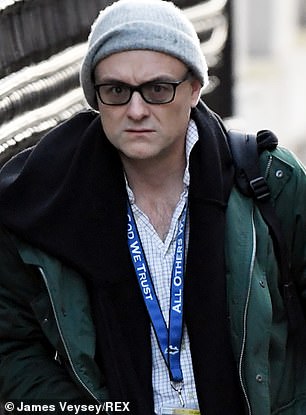 Cummings is pushing for an ‘urgent action on the farce that judicial review has become’.

The flight was supposed to be carrying 50 people that ministers categorised as having committed serious crimes.

The plane left for Kingston at about 7.30am yesterday, taking just 17 people on the journey.

It went ahead despite legal challenges being underway, but the Prime Minister said that those on board ‘should have taken the precaution of not being serious criminals’.

The government now fears that those remaining will secure bail within days and be released from immigration removal centres.

They can only remain in the centres if there is a reasonable prospect of their removal from the UK. 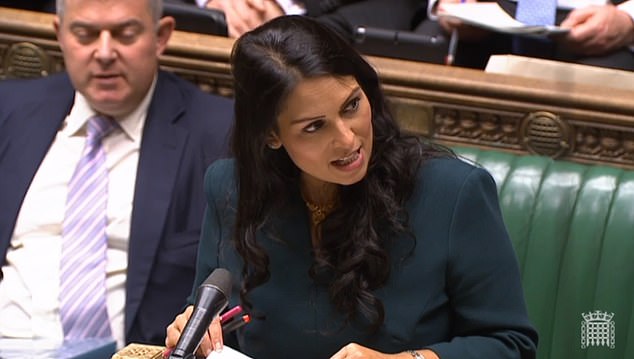 Johnson’s official spokesman said that the public had now spent tens of thousands of pounds on appeals and judicial reviews for the offenders.

The charity Detention Action successfully argued that some detainees at Colnbrook and Harmondsworth immigration removal centres had been unable to get legal advice because of a lack of phone coverage for O2 customers.

However, officials pointed out the men had access to landline telephones, Skype, the internet, email and legal surgeries at the facilities.

Drugs offender, 26, is desperate to remain in the UK to look after his paralysed mother and his three daughters

‘To be separated from my kids, I would rather die,’ were the words of Adam Goulbourne inside a London deportation on Monday night.

The 26-year-old from St Jude’s was then taken to a coach with dozens of other detainees bound for Jamaica.

But upon arrival an officer got on and said he was one of four passengers going back to the detention centre.

He has lived in England since he was six years old. In 2017, he was found guilty of intent to supply Class A drugs and spent two years in prison before being released in April last year.

Since then he has been fighting a legal battle to remain in the UK to care for his mother, who suffered a stroke last year, and his three daughters.

The law was changed in 2012 to allow the deportation of criminals to their birth country, despite them being raised in Britain.

At the end of 2019 judges turned down his case and his final hope was pinned on his solicitor being able to win a last-minute reprieve from the courts, which he secured on Tuesday.

They included Randee Hall, 21, who was convicted in 2018 of possessing Class A drugs with intent to supply and jailed for four years. He has lived in the UK since he was two.

Another was Adam Golbourne, who has lived in England since he was six years old and cannot remember life outside of the UK.

In 2017, he was found guilty of intent to supply Class A drugs and spent two years in prison before being released in April last year.

Since then he has been fighting a legal battle to remain in the UK to care for his mother, who suffered a stroke last year, and his three daughters aged six, four, and three.

Maria Thomas, of Duncan Lewis solicitors which is acting for 14 of the offenders who were not deported, said that at least two would be bringing claims under the Modern Slavery Act.

She said that those in question claim that they were victims of people trafficking.

She called on the government to learn the lessons of the Windrush scandal, in which members of a generation of Caribbean migrants who helped to rebuild Britain after World War II were wrongly accused of being in the country illegally.

But Johnson said yesterday: ‘Obviously we don’t want to do anything that’s in contravention of the law, but on the other hand I think these individuals should have taken the precaution of not being serious criminals.

‘I think the public will understand it’s right for us to deport people who are guilty of very serious offences.’

Sources close to Home Secretary Priti Patel said: ‘All the Labour politicians who are trying every trick in the book to stop these deportation flights never think about the victims.

‘People suffered terrible crimes at the hands of these offenders and yet these campaigners couldn’t give a stuff. They never think about the victims’