A-LEVEL students are today sharing hilarious memes with some joking “give us three As” on a chaotic results day.

The Ucas website crashed this morning as more than 250,000 nervous students struggled to get their results, with many not knowing if they made it into university at 8am. 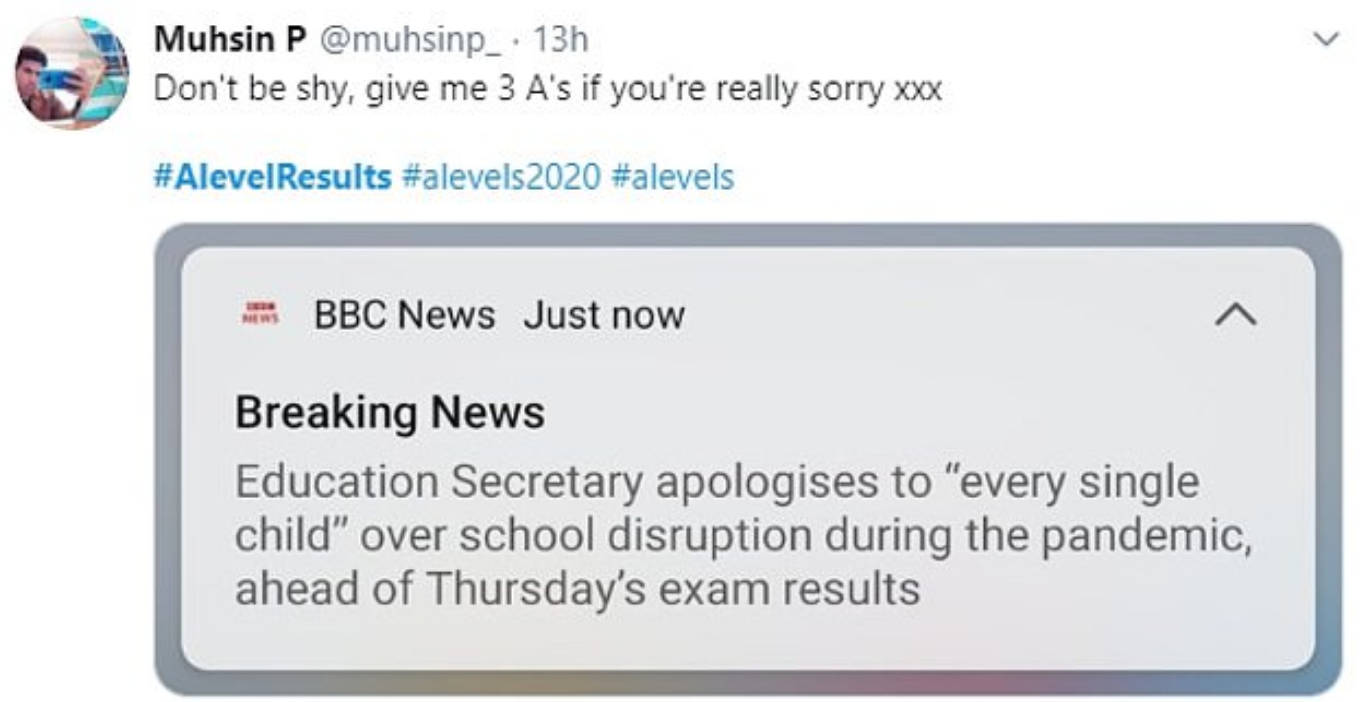 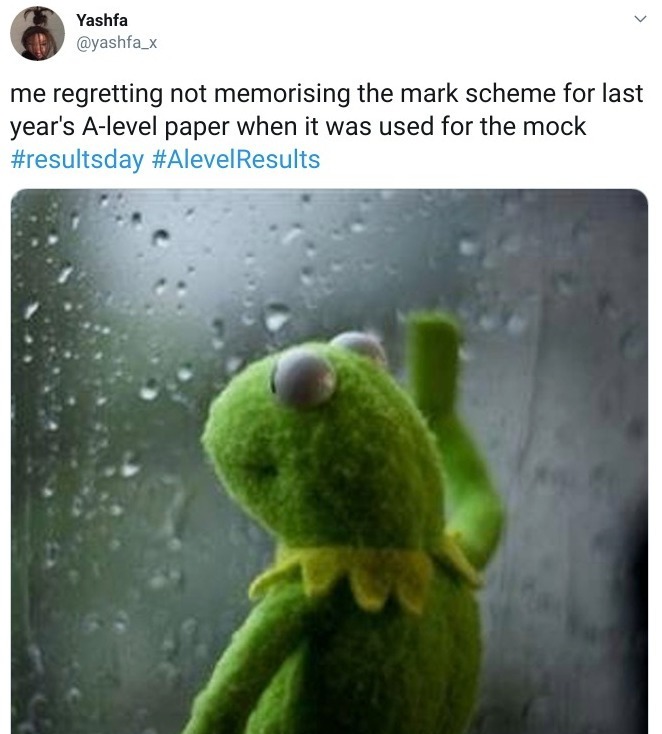 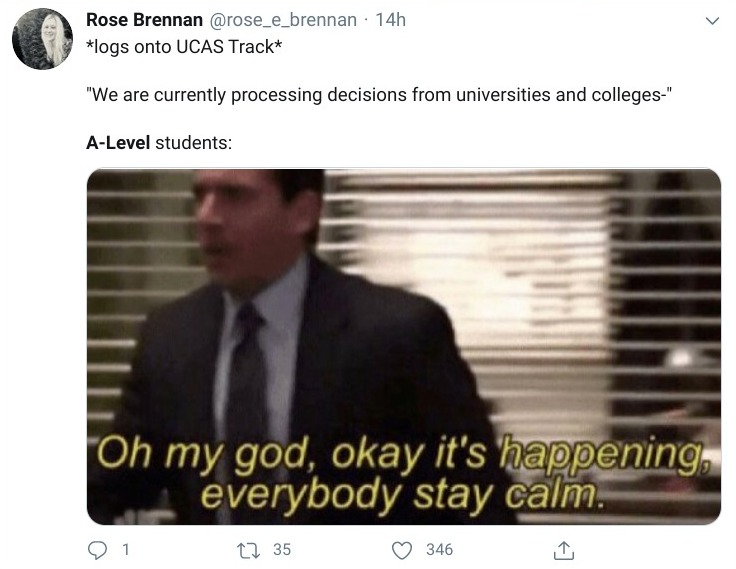 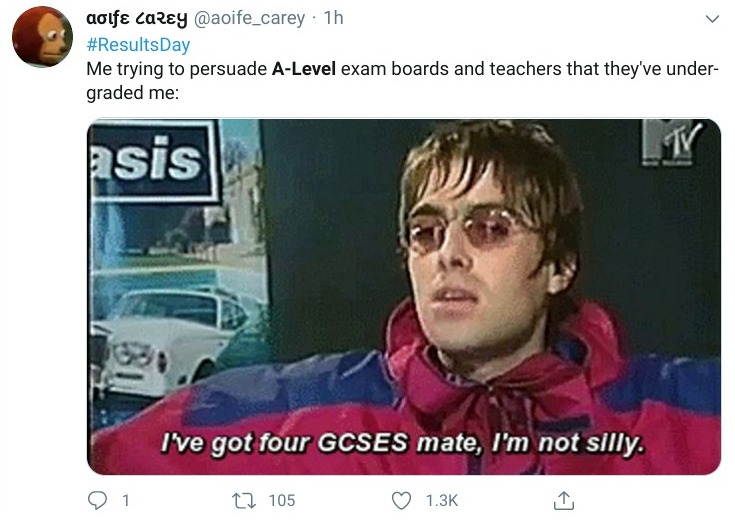 A message said “connection timed out” when pupils tried to see if they had been accepted at their chosen university.

One tweeted: “Great, 8.01am and Ucas has already crashed. Come on, how did they not expect the traffic?”

Another wrote online: “As if Ucas has crashed – what are they trying to do to us?”

However, many still saw the funny side and posted a selection of hilarious memes online.

One even called on Education Secretary Gavin Williamson to “give me three As” if he was “really sorry” over the exam disruption.

Ucas warned its track system was "running a little slow" this morning on Twitter – leading to a barrage of replies.

One student said: "I'd like to see my results why are your servers f***ing up I will come down and fight you."

Another said: "UCAS let me in."

As exams were cancelled during lockdown, a computer algorithm is for the first time being used to adjust grades given by teachers to 250,000 students.

Four in ten grades have been changed, with many marked down, after teachers tried to dish out record numbers of A*s.

And those students who miss out on a university place will have to wait until next week to find out how the appeal process works.

There was a glimmer of hope today though as figures show the total number of students accepted on to UK degree courses has risen by 2.9 per cent last year to 358,860.

A Ucas spokesman said this morning: "Be patient with when signing into Ucas Track this morning, we’re sorry it’s running a little slow, we’re working on it." 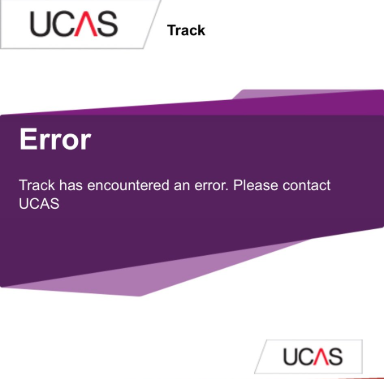 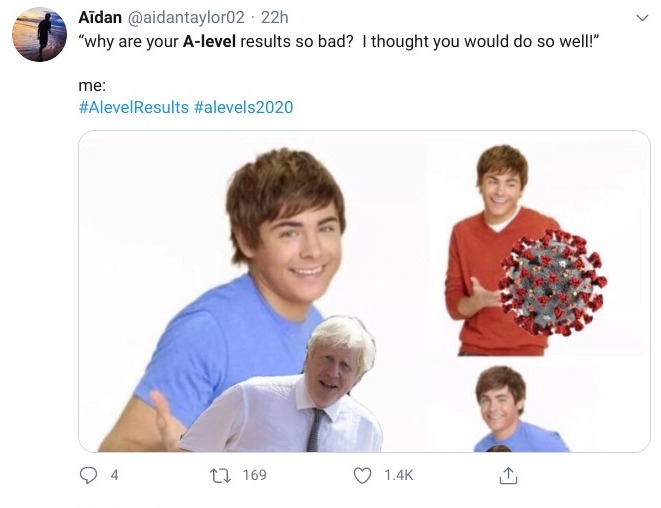 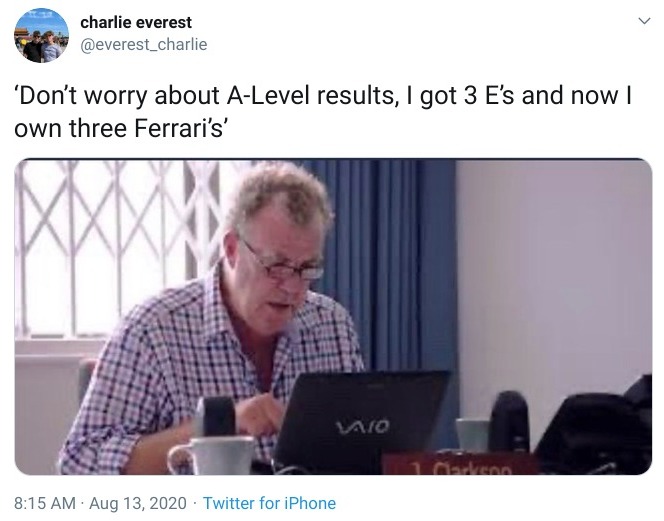 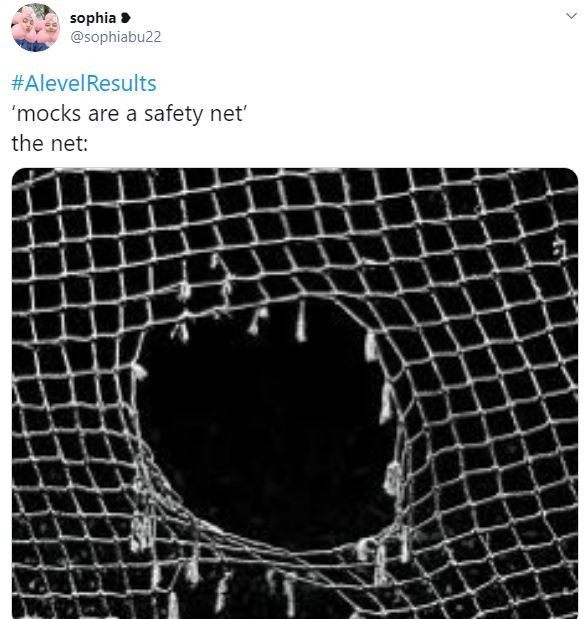 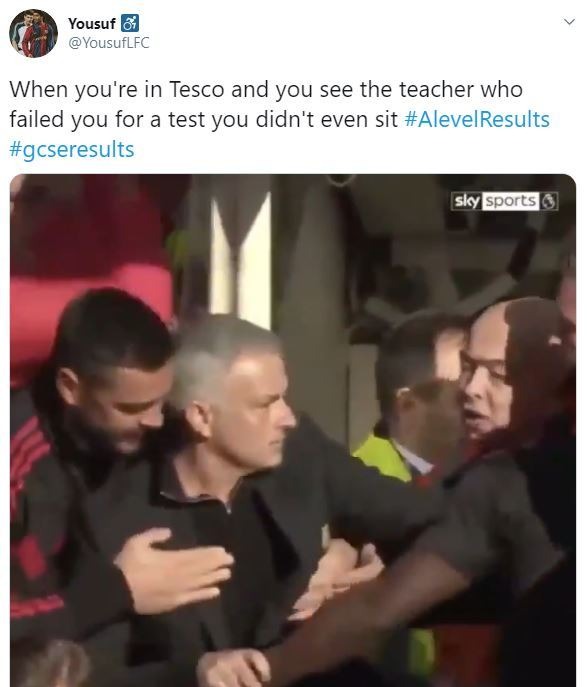 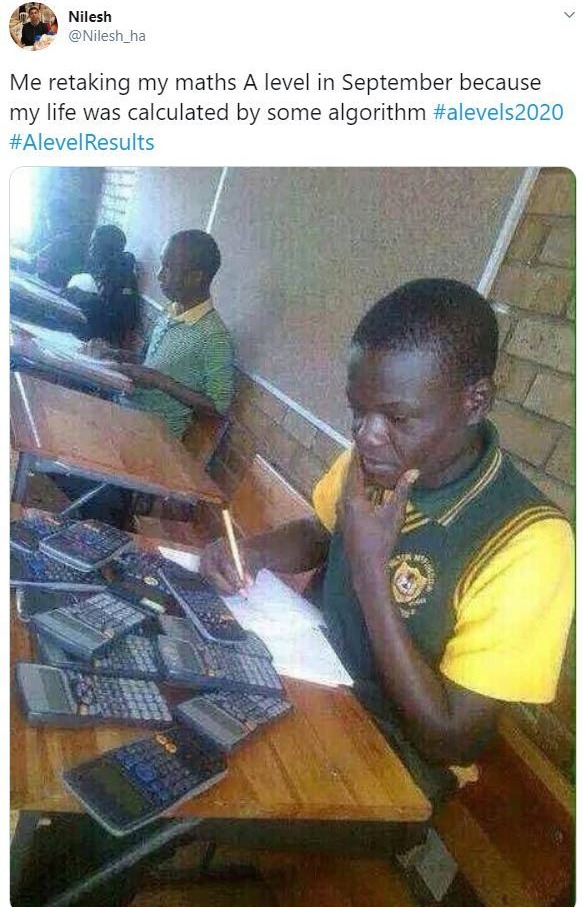 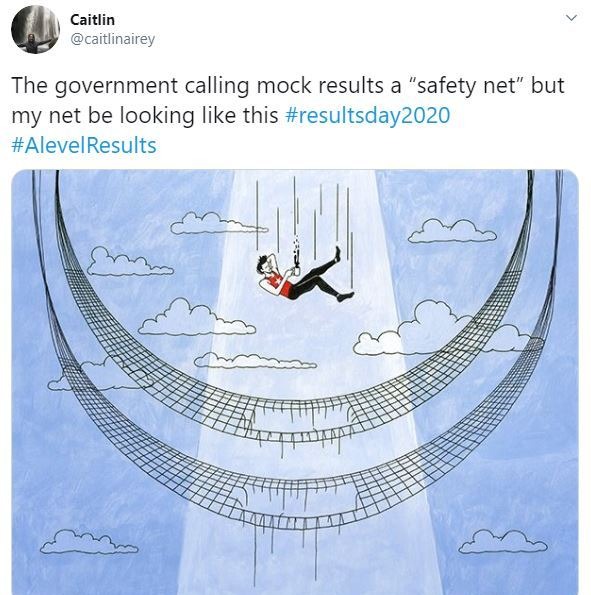