A quarter of puppies in the UK are being separated from their mothers before they are eight weeks old.

Taking puppies from their mothers too soon has been linked with behavioural problems including barking excessively and destroying things.

Experts believe they miss out on learning self-control, which they are taught by their mother.

A study by Dogs Trust and Bristol University, looking at 1,844 puppies, found one in four was taken from their mother before the age of eight weeks. 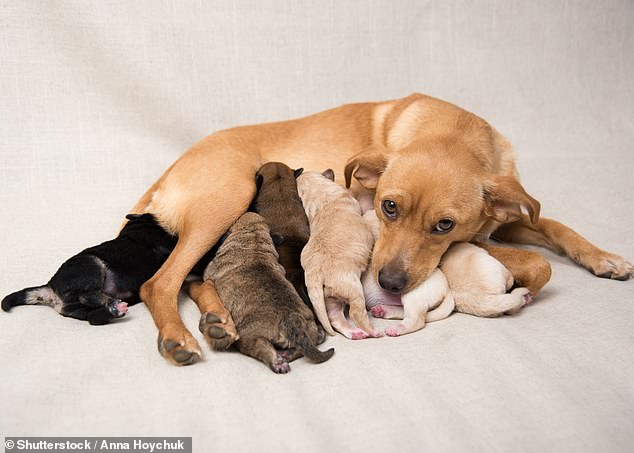 This is against the law, but there is concern that amateur breeders are not aware of this.

Dr Rachel Casey, co-author of the study, said: ‘Removing puppies from their mothers too early can be a factor influencing behavioural problems, which are one of the biggest issues for dog welfare.’ To work out when puppies were typically taken home, researchers looked at 1,844 of those recruited to the Generation Pup study, which will follow puppies and their owners throughout their life.

The authors, who are still recruiting puppy owners to the study, found 461 puppies were acquired before they were eight weeks old, including a small number taken from their mothers at less than four weeks old.

Previous research has found dogs removed from their mothers at between 30 and 40 days old are more likely to be fearful on walks, destructive and attention-seeking, and to bark too much and overreact to noise. The Generation Pup study will follow the puppies to see if similar problems emerge.

Dr Casey said: ‘There is little research on why removing puppies from their mother before the age of eight weeks is linked to behavioural problems, but this is a very important age for learning social skills, through playing with brothers and sisters for example.’ 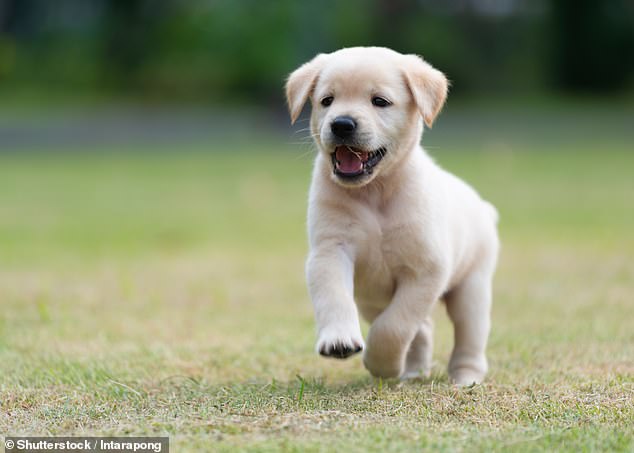 A study by Dogs Trust and Bristol University, looking at 1,844 puppies, found one in four was taken from their mother before the age of eight weeks (Stock image)

The study, published in the journal Vet Record, also found one in eight puppies were taken without owners viewing their mother. This too is against the law. Seeing the mother is important as some characteristics like anxiety and fear are inherited.

Daniella Dos Santos, president of the British Veterinary Association, said: ‘Rehoming from eight weeks old means puppies are fully and correctly weaned, and staying with their mother in early development plays a vital role in social and behavioural development.’