Albanian migrants are ‘working on cannabis farms within three days of crossing Channel’: Border Force union warns over rise in ‘young men’ landing in Britain to be recruited by drug lords

Albanian migrants are working at cannabis farms within three days of crossing the Channel.

The men are being actively recruited by drug lords to cultivate cannabis in empty houses and industrial buildings that have been converted into production sites following their release from detention.

The migrants, the majority of whom are men in their 20s, carry out the work to help pay £5,000 debts owed to Kurdish people smugglers following treacherous journeys in dinghies across the Channel.

It comes as the Ministry of Justice yesterday revealed that a record £1.2 million has been spent in the last year alone to provide Albanian translators to communicate legal proceedings to suspected criminals – more than double the figure five years ago.

That surge comes as the number of Albanians locked up in prisons in England and Wales has also soared from 726 to 1,500.

Speaking to Albanian TV’s A2CNN, one migrant said he was working in London after spending a week in ‘mountains’ in France after three attempts to cross the Channel were blocked by authorities – who punctured the inflatable boats he had planned to use.

As he made a fourth attempt, he had to be rescued by the UK coastguard after his packed dinghy ran out of petrol, The Telegraph reports.

He told the documentary: ‘We were kept for three days in a detention centre then transferred to a hotel. I managed to talk with my relative who came and took me from the hotel.

‘I am working in a cannabis house to pay the money I borrowed to pay for the journey on the boat.’ 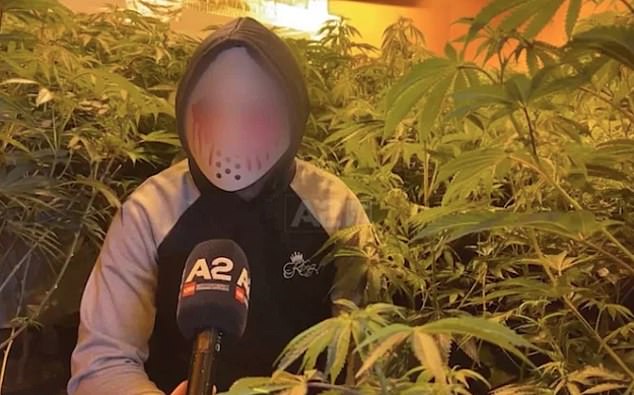 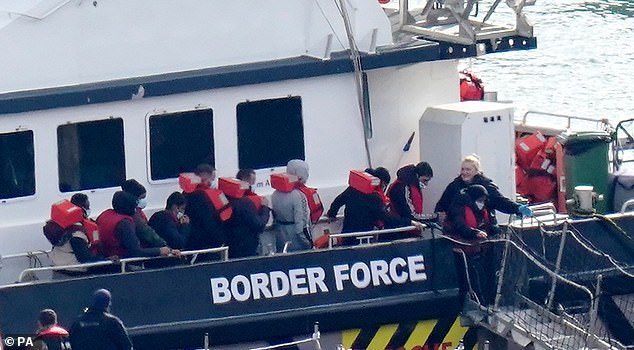 A group of people thought to be migrants are brought in to Dover, Kent, onboard a Border Force vessel on Friday 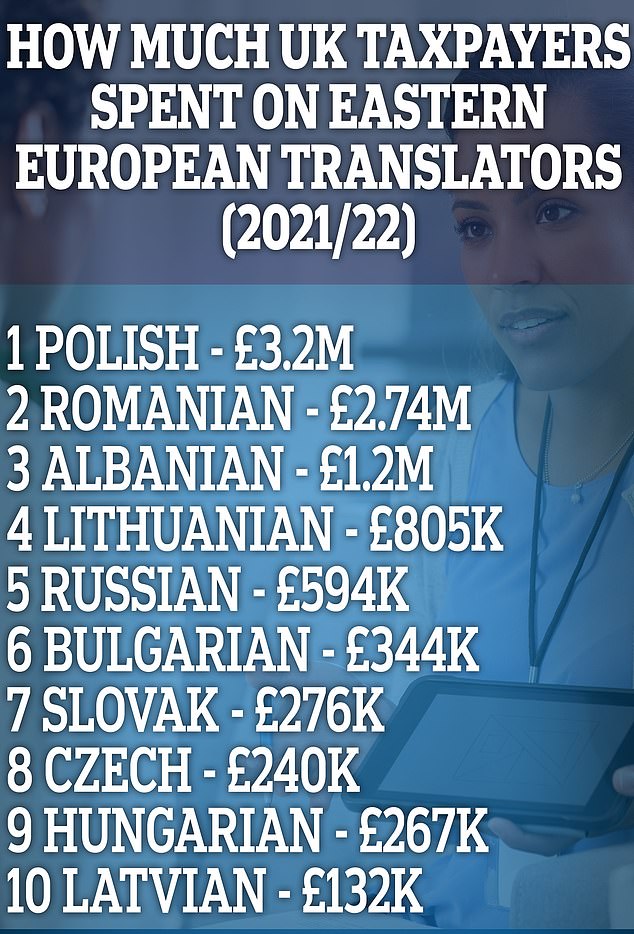 More than 32,000 migrants have crossed the English Channel in small boats so far this year – more than made it through the whole of 2021.

Albanians accounted for about 60 per cent of arrivals over the summer, with Home Office officials saying more than 6,000 have arrived in the UK up to August this year in sub-standard dinghies and rigid inflatables – compared with less than 900 in the previous three years combined.

It comes as crime experts have revealed gangs from the Balkan state have muscled in to take over much of the UK’s illegal drug trade.

The NCA issued a warning in 2017 stating it had increasing concerns that violent Albanian criminal gangs were gaining control in illegal drug trading, particularly for cocaine.

The report said: ‘Criminals from the Balkans are increasingly expanding their network of influence, forming direct relationships with cocaine suppliers in Latin America.

‘The threat faced from Albanian crime groups is significant. London is their primary hub, but they are established across the UK.’

Meanwhile, another of the Albanian men told the documentary that he faces the threat of arrest by police along with attacks from English crime gangs attempting to steal the drugs.

He said: ‘They break into the house to rob you and take all the work you have done for many weeks.

‘They beat you up. They leave you paralysed. Robbers throw acid into your eyes. Perhaps you can face death.’

A third man, who said he paid £4,500 to traffickers to cross the Channel, revealed how he had been picked up by relatives after three days in detention – and now works on the same cannabis farm.

He added: ‘We stay 24 hours locked in this house. We put water in the plants. When the temperature is high, we switch off the lights. When it’s cold, we put up the temperature. These plants take 55 to 60 days to grow.

‘When we entered UK waters, the weather went mad and we faced big waves. Water entered the boat and that was a big danger of drowning.’

In total, the Government department spent £21.3 millions of taxpayer’s money on translators and interpreters – an increase on the previous year’s spends of £16 million, when court cases were delayed due to the pandemic. 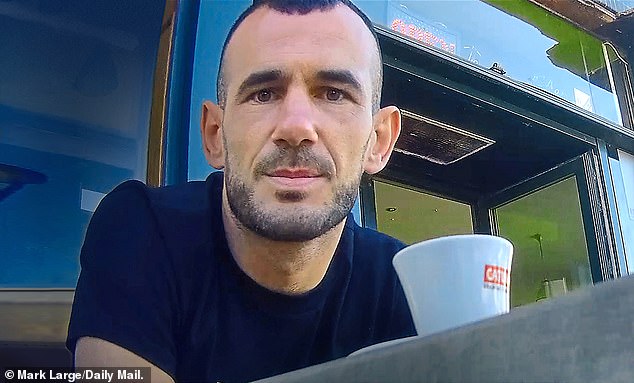 Nicknamed the ‘Golden Lion’, this people smuggler makes an estimated £1million a week sending migrants to Britain on flimsy dinghies

Alp Mehmet, Chairman of Migration Watch UK, said: ‘It was inevitable that the cost of translation services for Albanians was going to increase.

‘The fact that it has gone up by so much simply confirms that there are not only more Albanians coming but also that we are failing to identify criminals at the border.

‘All this is proof of how lax border control has become. This is dangerous and puts at serious risk the safety of ordinary citizens.’

Their calls came after an undercover investigation in Monday’s Daily Mail exposed an Albanian gangster openly running the vile trade in Dunkirk.

Nicknamed the ‘Golden Lion’, he makes an estimated £1million a week sending migrants to Britain on flimsy dinghies.

He told reporters posing as customers that he could take them for £4,500 each and promised that the British authorities would give them food, blankets and everything they needed before putting them up in a hotel.

‘After that, you can go where you want,’ he said.