THE mystery surrounding a giant metal monolith found in the middle of the Utah desert deepened today amid revelations it has been standing unnoticed for years.

The bizarre 12ft structure – which looks like something out of a sci-fi movie – was discovered last week by shocked wildlife officers counting sheep from a helicopter. 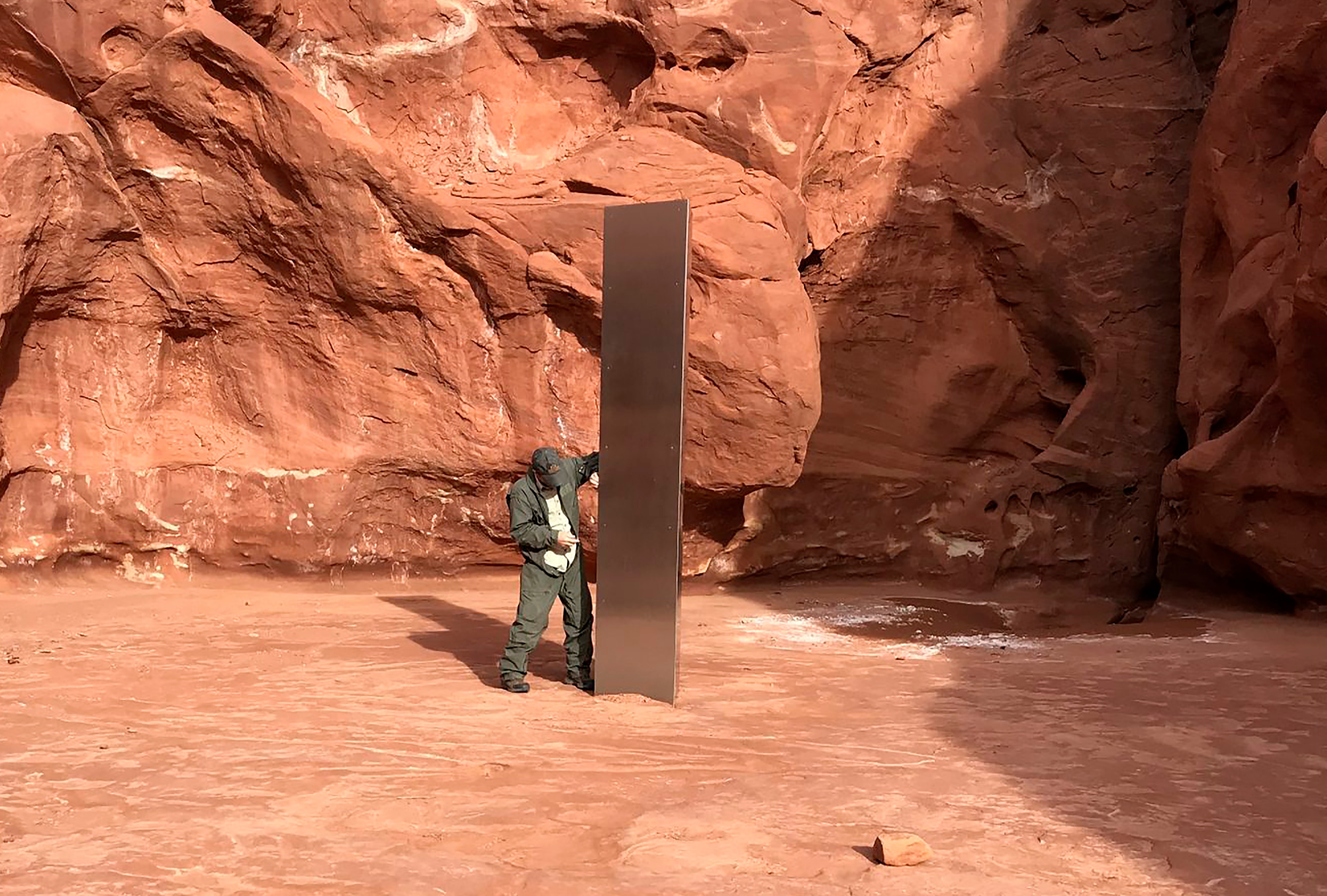 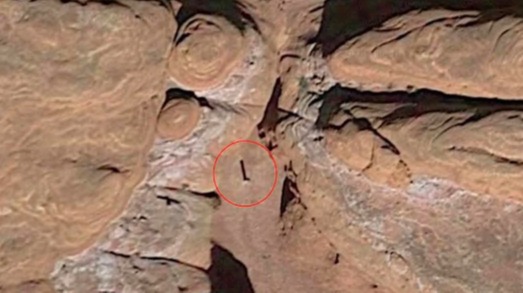 News of the find sent UFO spotters and conspiracy theorists into a frenzy with some even claiming the shiny tower was a secret alien antenna or homing beacon.

Now it has been revealed the huge metal oddity has been in its remote hiding place for at least four years – and possibly a lot, lot longer.

One Reddit user said they had managed to geo-locate the obelisk by closely studying the surrounding rock formations.

They claimed the bizarre structure was first captured on Google Earth in 2016.

However, some satellite images of the mystery monolith date back to around a year earlier.

And Lieutenant Nick Street, a spokesman for the local Department of Public Safety, said it's possible the structure has been there for "40, 50 years, maybe more." 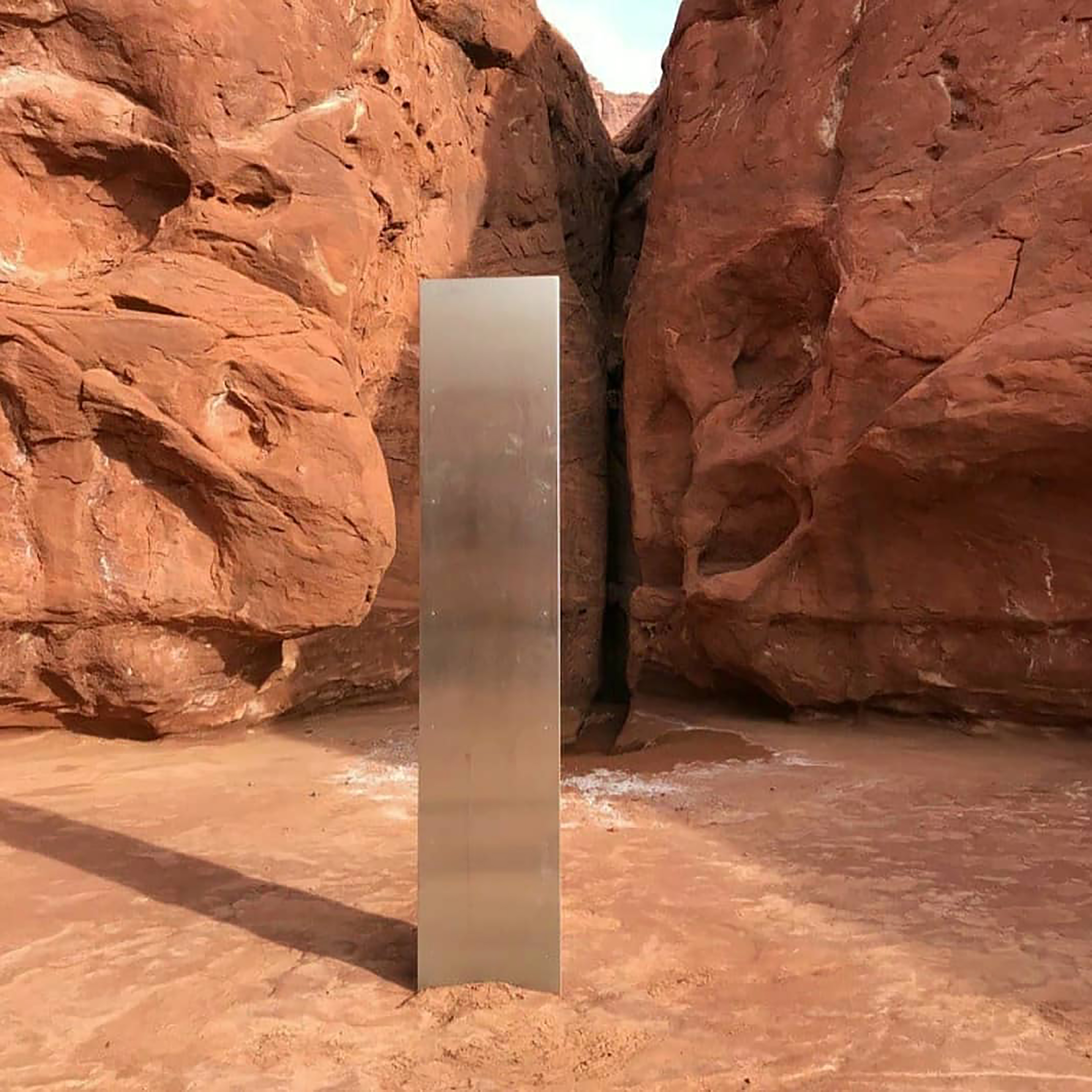 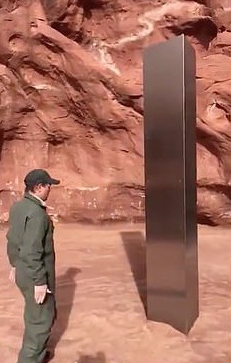 "It's the type of material that doesn't degrade with the elements. It may only be a few years old, who knows," he said.

"There's no real way based on the material it's made out of how long it's actually been there."

The mystery has sparked a number of bizarre alien theories about how it got there while many point to a more down to earth explanation.

Some say it closely resembles the work of artist John McCracken who lived for a time in nearby New Mexico.

McCracken – who died in 2011 – was known for his freestanding sculptures in the shape of pyramids, cubes and shiny slabs.

Those who first spotted the oddball object last Wednesdau revealed they were stunned by what they found. 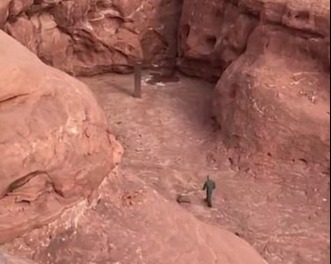 "One of the biologists is the one who spotted it and we just happened to fly directly over the top of it," said pilot Bret Hutchings, who flew the copter to help the Wildlife Resource officers count bighorn sheep in the area.

When they turned around, they couldn't believe what lay before them: a shiny metal monolith seemingly come out of the red solid ground.

"I'd say it’s probably between 10 and 12 feet-high," Hutchings estimated.

But the object sparked some eerie vibes – and lighthearted fun. "We were kind of joking around that if one of us suddenly disappears, then the rest of us make a run for it," Hutchings joked. 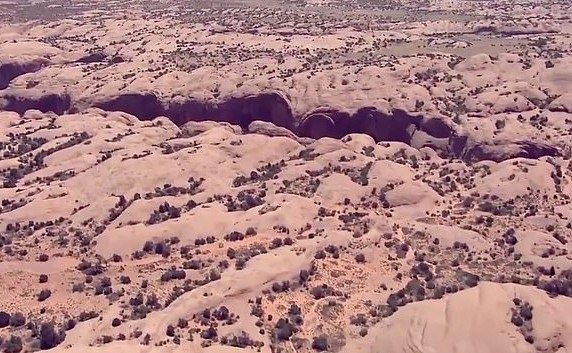 However, the theories soon arose between Hutchings and his fellow passengers, who marveled that it looked less like an object that fell from the sky and more like one firmly planted there.

"We were, like, thinking is this something NASA stuck up there or something," Hutchings theorized. "Are they bouncing satellites off it or something?"

But still, Hutchings and the crew gathered there wasn't any purpose to it, instead, it could be a reference to a specific scene in a famous movie.

"I'm assuming it’s some new wave artist or something or, you know, somebody that was a big [2001: A Space Odyssey] fan," Hutchings said.

Because Hutchings and the crew worried hikers might want to visit the monolith that's in an area not easily accessible, the location has been rather secretive.

Hutchings instead marveled at how many odd objects he's come to see while flying – and how this one tops them all.

"That's been about the strangest thing that I’ve come across out there in all my years of flying," Hutchings said.