‘I don’t think force feeding a horse is much better!’ Animal rights group PETA is ridiculed over ‘stop using anti-animal language’ tweet calling for people to say ‘feed a fed horse’ instead of ‘beat a dead horse’

Words matter and as our understanding of social justice evolves, our language evolves along with it. Here’s how to remove speciesism from your daily conversations

Animal rights activists have been ridiculed on Twitter after they suggested swapping ‘offensive’ British sayings with new alternatives.

Anti-animal phrases commonly used in English should be abolished according to People for the Ethical Treatment of Animals, or PETA, because they are as offensive as homophobic and racist insults. 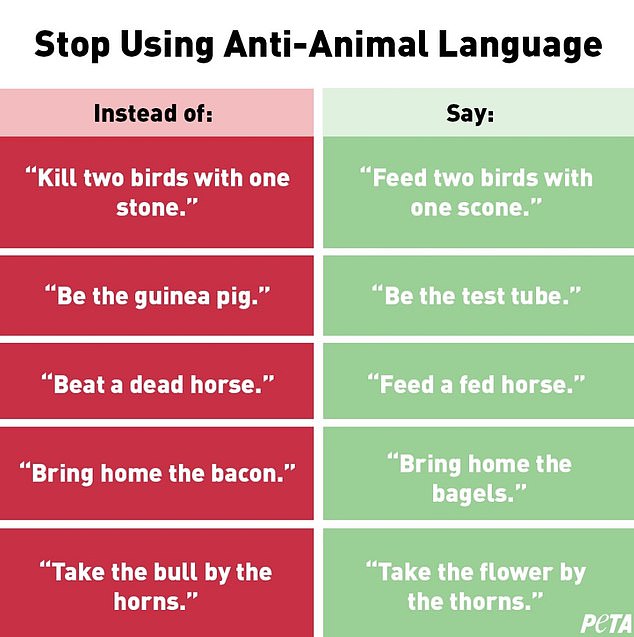 ‘Just as it became unacceptable to use racist, homophobic, or ableist language, phrases that trivialize cruelty to animals will vanish as more people begin to appreciate animals for who they are and start ‘bringing home the bagels’ instead of the bacon,’ she said.

‘With so much negativity in the world, why not lighten up, smile a little more, and use language in a way that encourages being kind to animals?’

The commonly used ‘take the bulls by the horns’ could be turned into ‘take the flower by the thorns,’ it was suggested.

And the group said ‘beat a dead horse’ could be changed with ‘feed a fed horse’.

The tweet from People for the Ethical Treatment of Animals was retweeted over 2,600 times and had 12k comments.

However, their crusade against ‘speciesism’ was not exactly welcomed on Twitter.

Memes were used by people to express their frustration at the move. 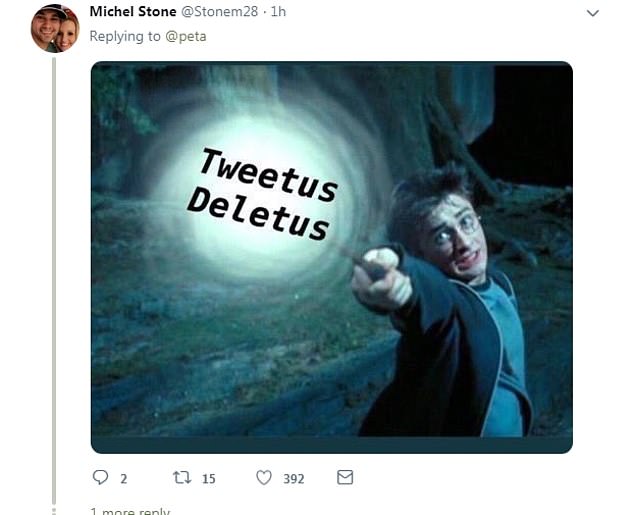 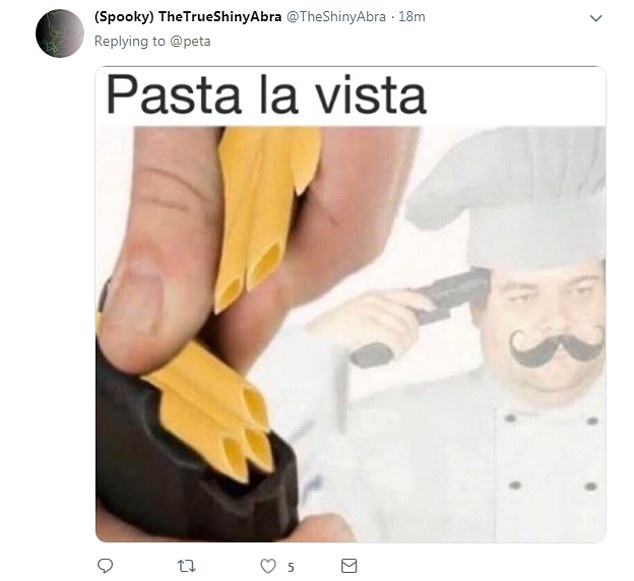 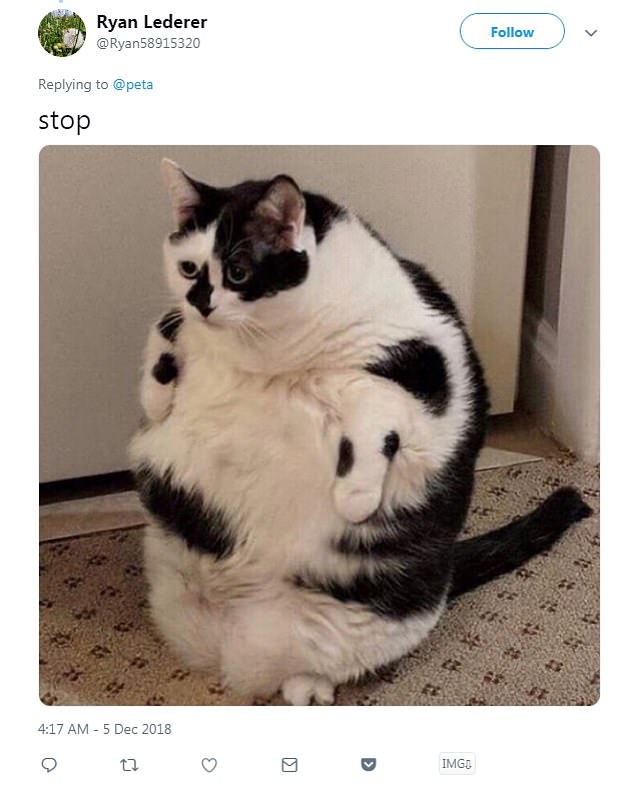 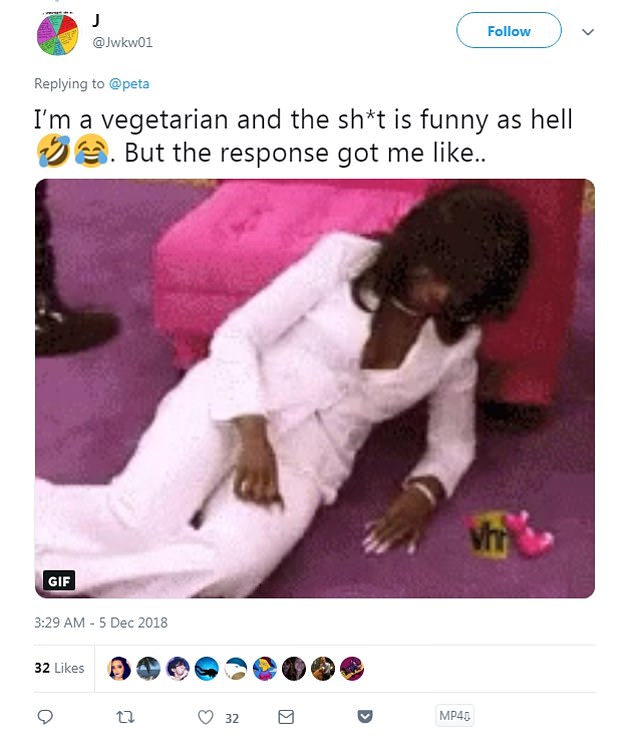 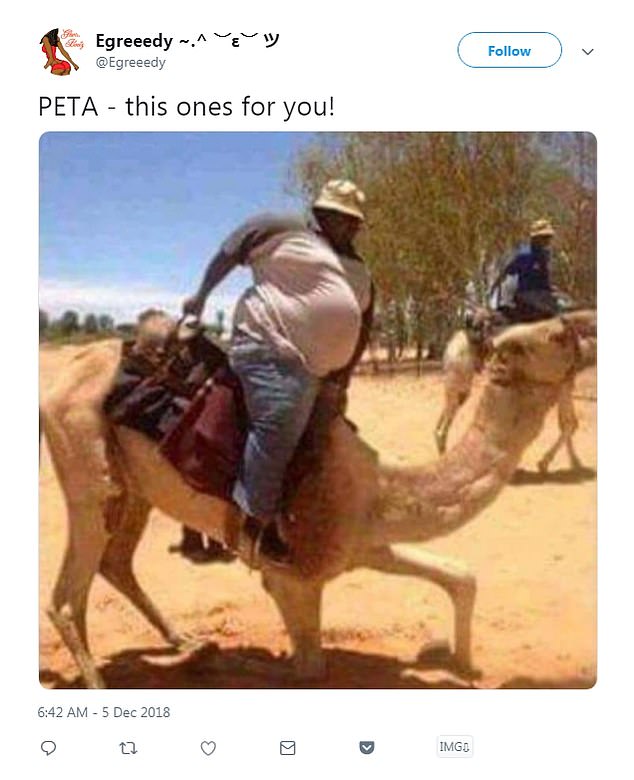 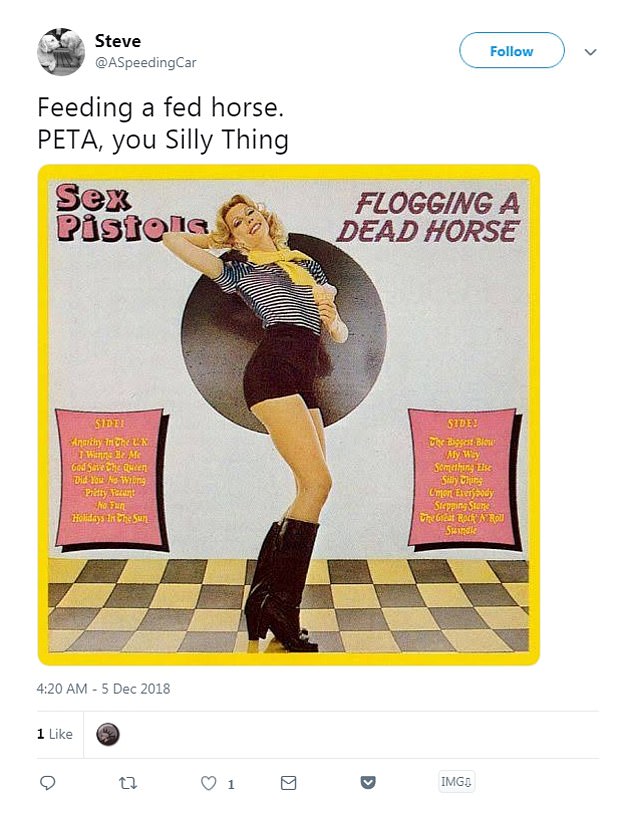 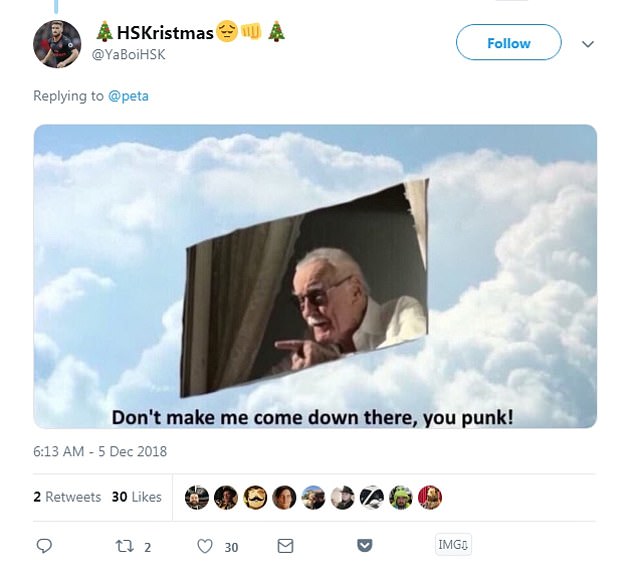 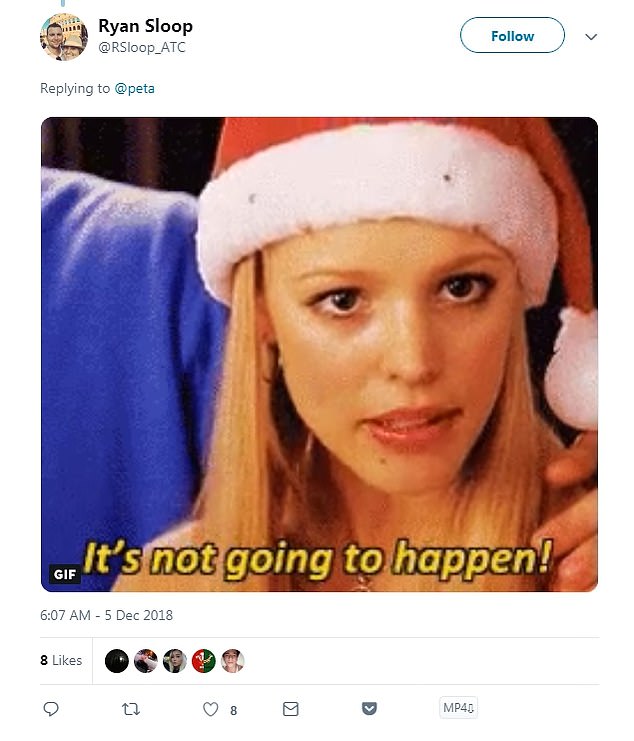 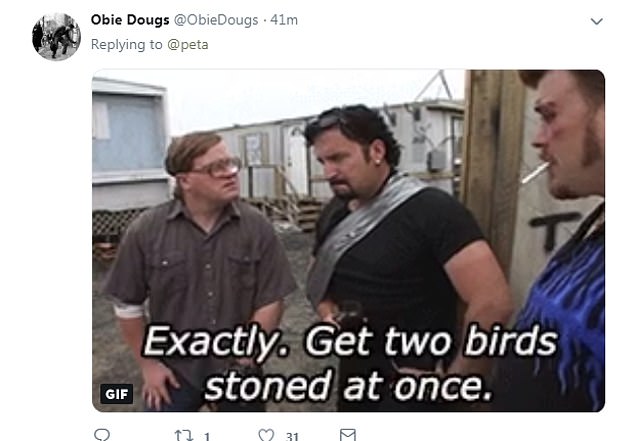 Although others were offended at the comparison to the struggle of minority communities.

One person said: ‘Mentally abusing entire minorities is now being treated the same as saying phrases that have animals in them. Because ‘food lives matter,’

Another said: ‘Racist, homophobic, and ableist language is typically used with the intent of belittling or terrorizing certain individuals or groups. The animal phrases you’re describing are not used to abuse animals in any way. Fight real battles instead of making up fake ones.’

Meka Brown said: ‘Did you really just compare animals to the struggle of People of Color and the LGBTQ community????? Who in their right mind thought that was ok???????’