‘Max the Forger’ artist, 70, who was jailed three times for forging famous masterpieces, is to stage exhibition of his ‘fake’ work

A British artist who was jailed three times for fooling some of the country’s top art experts with forgeries of famous masterpieces is staging an exhibition of his ‘fake’ work.

Max Brandrett – dubbed Max the Forger – has copied hundreds of paintings, including masterpieces by Italian artist Carvaggio and a portrait for the Kray twins – before trying to pass them off as originals. 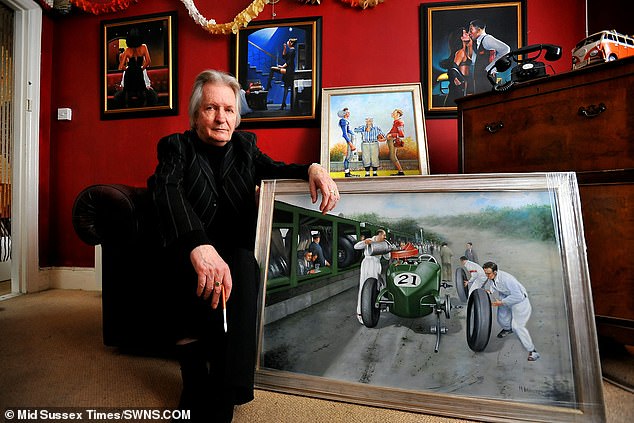 British artist Max Brandrett,70, who was jailed three times for forging famous masterpieces is staging an exhibition of his ‘fake’ work

His most profitable piece was a copy of Clarkson Stanton’s Dover shipping scene which sold to a private buyer in Birmingham for £12,000.

But after spending three years behind bars, Max, 70, said he would ‘not do it again’ and hopes to gain respect as an artist in his own right at his new ‘Fakes’ Progress’ exhibition.

He said: ‘It’s ironic to think I spent three years in prison for selling fake paintings and now people are coming to marvel at my work.

‘Many of my paintings must be hanging on people’s walls who are none the wiser.

‘I was a bit naughty – I never told people where they were from, I left it to them to decide.

‘Those were hard times 35 years ago and we did what we had to do but I wouldn’t do it again now.

‘I think now, I’m just looking for respect for the skill involved in what I do.’

Michelangelo Merisi da Caravaggio’s, The Taking of Christ was forged by Max. The copy is featuring in the exhibition 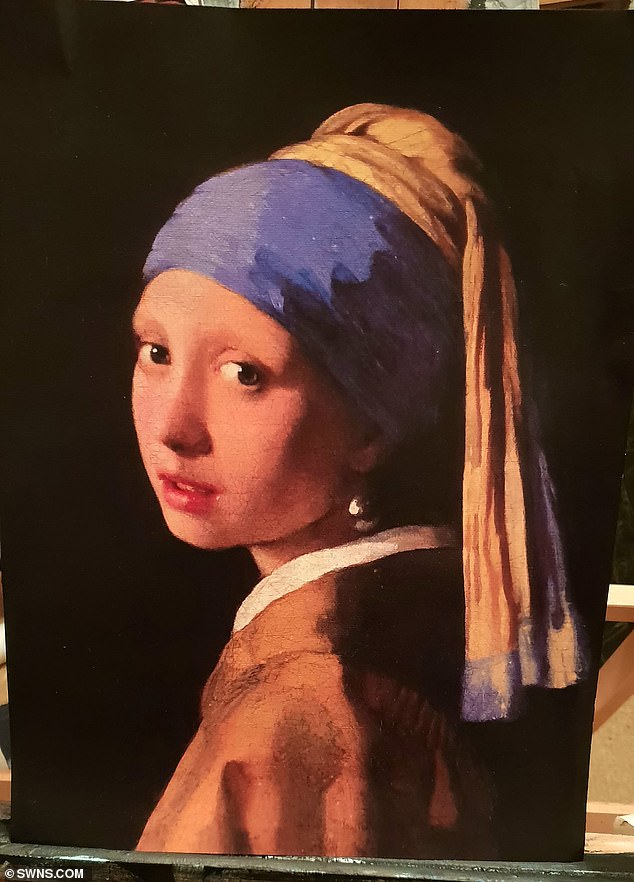 Max left Barnardo’s children’s home to join the circus aged 15, where he groomed the elephants for two years and painted the trucks which prompted him to study art.

He was inspired to forge paintings while busking in London where he bumped into Tom Keatings – the most famous forger of the 20th Century.

Max, from Burgess Hill, East Sussex, said: ‘I was busking to earn money but I wasn’t all that good – I only knew two songs so I had to keep moving around.

‘I had some paintings on the floor at Portobello Road where I met Tom Keatings.

‘He came up to me and said ‘your singing is rubbish but where did you get your pictures from?’

‘We talked and I’ve been forging ever since.’

Max was also approached by the Kray gangsters who asked him to copy a painting of their mother.

‘I turned up with it at a pub in London and standing at the bar was Ronnie Kray, then there was Reggie was on the seat and Frankie Fraser in the corner.

‘I sat in-between the Kray twins and Ronnie said ‘that’s mum, it’s bloody marvellous – I’ll give you two for it.’

Max is now focusing on what he calls ‘fake but legit’ works which are on display at his exhibition at a former Barnardo’s charity shop – entitled ‘Fakes’ Progress.’

He said: ‘It’s quite apt really because I started in Barnardo’s as a child and I have ended up at an ex-Barnardo’s shop for my exhibition.

‘This is the first time I am exhibiting my work and I am all legit now – I don’t do ‘iffy’ ones anymore.’

The master forger prefers working on detailed paintings he finds challenging to recreate.

He added he did a ‘pretty good job of a Carvaggio’ he hopes to sell for £2,500 – while an original would fetch around £200 million.

He said: ‘There are so many Lowry and impressionist fakes floating around – you can pick up a good Van Gogh for a few quid abroad.

‘But I like to be challenged and prefer doing battle scenes, ships and animals such as horses at the races.’

The Carvaggio copy is displayed at Max’s exhibition at Unit 52 in Burgess Hill along with canvases in the style of modern artists Jack Vettriano and Norman Rockwell and runs until December 20.

Forger Max is also filming for a documentary about his ‘colourful life’ which he hopes will air next year.