An Australian couple detained in a notorious prison in Iran have been identified as travel bloggers from Perth.

Jolie King and Mark Firkin are detained in Evin jail in the Iranian capital of Tehran, the federal government has confirmed. 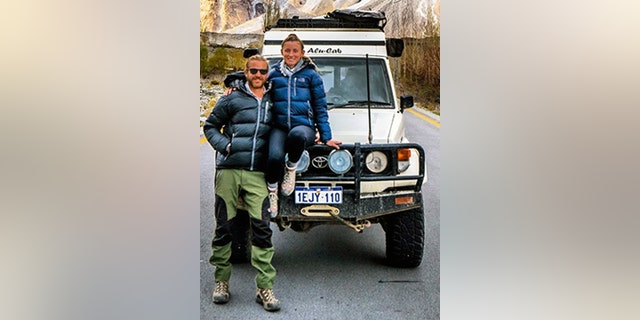 “Our families hope to see Mark and Jolie safely home as soon as possible,” their families said in a statement today, issued by the Department of Foreign Affairs and Trade. “We have no further comment to make at this stage and ask that the media respects our privacy at this difficult time.”

They were reportedly arrested for flying a drone without a license, according to Persian-language broadcaster Manato TV on Twitter.

The pair left Perth in July 2017 in a Toyota LandCruiser bound for the U.K.

“Our biggest motivation behind making the vlogs is to hopefully inspire anyone wanting to travel, and also try to break the stigma around travelling [sic]to countries which get a bad wrap [sic] in the media,” they said in a post on crowd-funding platform Patreon.