AN UNAUTHORIZED "Back the Blue" mural painted outside of the Tampa Police Department headquarters lasted three days before it was defaced.

The Tampa Police Department (TPD) in Florida say the mural was vandalized on two separate instances Tuesday night into Wednesday, when it was supposedly tarred and then sprayed with anti-police graffiti. 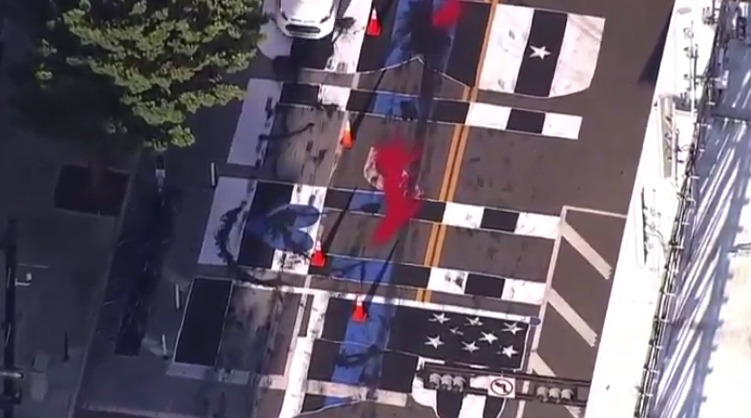 TPD stated a person sporting all-black clothing and a black mask pour a substance the department claims resembles tar over the mural on Tuesday night just after 10PM. A few hours later at 12:30AM, a second person spray painted "F–k 12" and "BLM" in red paint on the headquarter's door, as well as poured paint on the mural.

The tar forced the closure of the street for several hours as crews worked to remove it from the ground.

On Saturday, about 40 people joined outside the police headquarters and painted the mural without authorization from city officials on East Madison St. in downtown Tampa. Because the group did not have an okay from the city, the mural brought in much criticism and likewise support online.

Still, the TPD said they are investigating both the original mural as well as the vandalism. 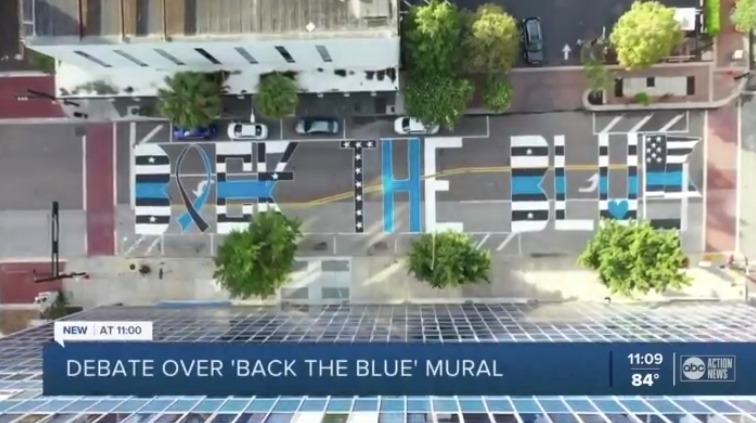 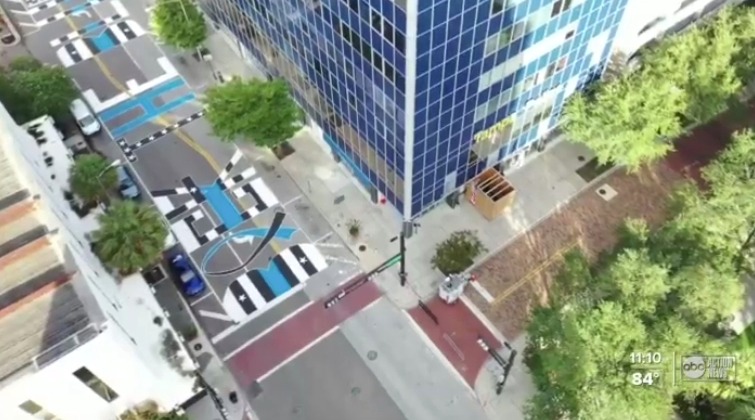 "The Tampa Police Department expects everyone to express themselves in a lawful manner. Murals painted in the city roadway need to be approved," said TPD Chief Brian Dugan. "We will continue to work with any group to make sure their first amendment rights are heard."

Tampa's mayor also sounded off on the mural, expressing disappointment the painters did not seek approval, but also welcomed praise to officers.

“Any tribute to honor their service is welcome," said Mayor Jane Castor. "It’s unfortunate they didn’t see the permitting process through so that our community could participate in showing their appreciation for the brave men and women that service our residents every day."

Protestors however, were alarmed by the mayor's supposed approval of the mural. A Change.org petition pointed to police brutality during recent protests as to why the mural should be covered.

"As protestors we have been beat, maced, tear gassed, shot with rubber bullets, have had flash bombs thrown at us, and arrested while peacefully protesting. As many of us have been begging for justice in the killing of black Americans all around the country and even locally," the petition stated, "this mural seems to mock the Black Lives Matter movement and is a huge slap in the face for all the protesting we have been doing all over this country. Do black lives not matter to you Jane Castor?"