Banking giant Investec will slash 210 staff from its London HQ while historic railway plans to cut 90 workers as number of Britons laid off or at risk due Covid jobs bloodbath nears 193,000

Banking giant Investec has confirmed plans to axe 210 jobs from its London headquarters amid a ‘challenging economic backdrop’ due to the coronavirus crisis.

The firm said it will slash around 13 per cent of roles in the capital in order to help ‘simplify and focus the business’ in the wake of the pandemic.

Investec added its performance in the five months to August 31 was impacted by lower average interest rates, reduced client activity and a 22 per cent depreciation of the South African rand against the pound.

Fani Titi, chief executive of Investec, said severe contractions in GDP and volatile international markets pressed down on revenues during this turbulent period.

However, he added that the business had ‘proved resilient’ despite the impact of lockdown in the first quarter before economies slowly started to reopen.

Elsewhere, Ffestiniog and Welsh Highland Railways in North Wales today announced it will cut 90 jobs as part of a ‘survival plan’ after annual profits fell by £5million. 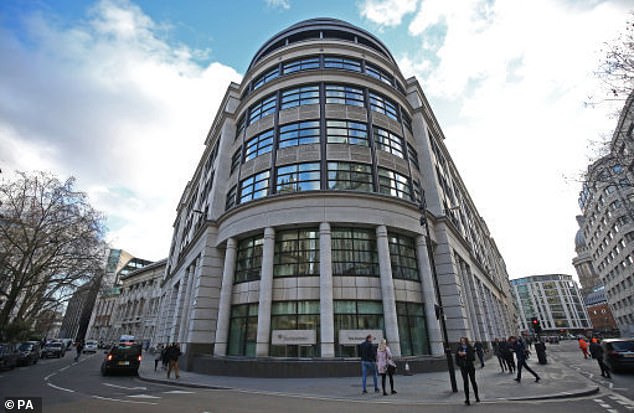 The latest cuts bring the total number of Britons who have lost their jobs or are at risk of being made redundant since the coronavirus crisis began to almost 193,000.

Lloyds Bank announced plans to shed hundreds of jobs earlier this month mainly in its insurance, wealth and retail teams.

The 865 cuts will lead to a net reduction of 639 in Lloyds’ headcount as the bank has also created 226 jobs.

Lloyds had earlier indicated the job losses included 780 cuts that were announced in February but put on hold because of the pandemic.

It has now clarified the new reductions are on top of the 780 already planned.

Investec today said funding under management has recently increased by 14.1 per cent to £51.4billion, while its net inflows were positive at £391million.

Meanwhile, its core loans and advances declined by 1.3 per cent to £24.6billion for the period. 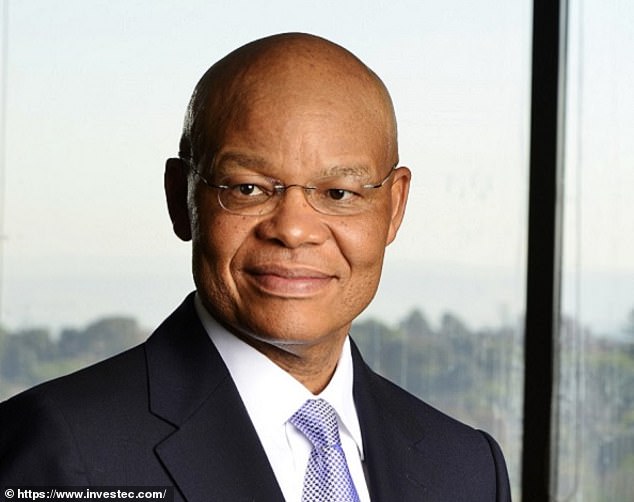 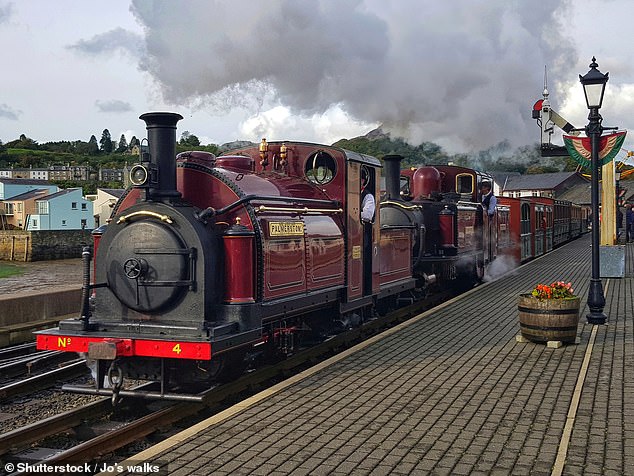 Ffestiniog and Welsh Highland Railways in North Wales today announced it will cut 90 jobs as part of a ‘survival plan’ after annual profits fell by £5million. Pictured: Porthmadog, Wales

The firm told investors it had reduced its operating costs amid the pandemic as management aimed to tighten its ‘controllable costs’.

It also said it now expects net asset value per share to increase to between 422p and 428p by the end of September, up from 414.3p at the end of the previous financial year.

However, it warned that expected credit losses are to remain elevated as it said it does not anticipate paying out an interim dividend.

Mr Titi said: ‘Capital and liquidity ratios remain robust and are expected to be stable.

‘The business is well positioned to support its clients through this challenging environment.

‘We will continue to ensure the safety and wellbeing of our people and the integrity of our balance sheet.’

Unite union national officer Rob MacGregor previously said he is worried about the prospects for workers who are being let go in a chaotic jobs market. 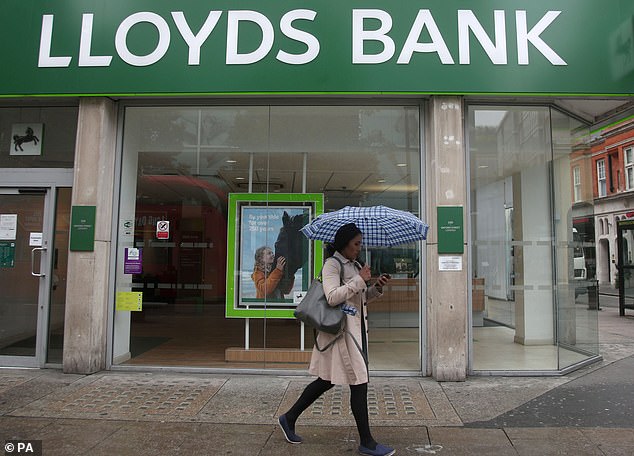 Lloyds Bank announced plans to shed hundreds of jobs earlier this month mainly in its insurance, wealth and retail teams 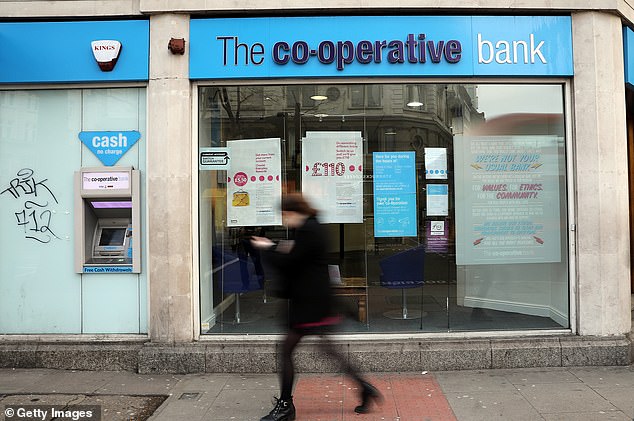 New losses in the financial sector follow the Co-operative Bank’s decision to axe around 350 jobs from up and down the country and close 18 branches after falling victim to Britain’s coronavirus jobs bloodbath.

And last month Natwest Group announced it too was cutting 550 jobs in branches across the UK and closing one of its remaining offices in London.

The bank, formerly known as RBS, said the cuts would be made through voluntary redundancies and there would be no branch closures.

Mr MacGregor said: ‘While the creation of 220 jobs is to be welcomed, this will be no comfort to those members of staff who will from today face an uncertain future.’

He asked bosses at Lloyds to ensure everyone who is hit by the cuts is given the option to get a new job at the bank.

‘Unite is adamant that it is totally unacceptable that LBG persists in putting undue pressure on those who remain working for the bank by making hundreds more of their fellow workers redundant on a regular basis,’ Mr MacGregor said.

‘The pandemic has demonstrated the amazing resilience and flexibility of this workforce.

‘The employer should not focus solely on cutting jobs and costs but instead the bank should invest in a workforce that has only shown loyalty, dedication and hard work through the good times and the bad.’

Job losses were also today announced by Ffestiniog and Welsh Highland Railways in North Wales, which has started a redundancy consultation with 90 staff after its annual income plummeted from £6million to £1million.

The narrow gauge railway drew up a ‘survival plan’ after it was forced to close to visitors when travel restrictions were introduced in March.

Director Paul Lewin said: ‘It is vitally important to the local economy that the railway survives the coming winter and is able to open again for the 2021 season.

‘A large number of jobs in the area are reliant on the income generated by the railway, not only our own employees but those in the supplier base, accommodation providers, retail and dining.’

The railway contributes £25million a year to the local economy when running at full steam.

It reopened its doors when restrictions were eased but with reduced passenger numbers for social distancing.

A fundraising appeal to members has already raised over £500,000 to help keep the attraction open.

The railway has also received support from the National Lottery Heritage Emergency Fund and a Welsh Government grant.

How more than 190,000 jobs have now been lost or are at risk amid the coronavirus pandemic

Here is a list of some of the major British employers that have announced major job cuts since the start of the lockdown.