Boy, four, shows off his amazing basketball skills by scoring from 15ft feet away as he plays in the park

A little boy has the makings of an NBA star if this video is anything to go by.

Four-year-old Calvin Shannon is seen in a park in Westerville, Ohio. And about 15ft away is a mini basketball hoop.

He focuses and throws a small ball on a perfect trajectory – hitting its mark in a stunning trick shot. 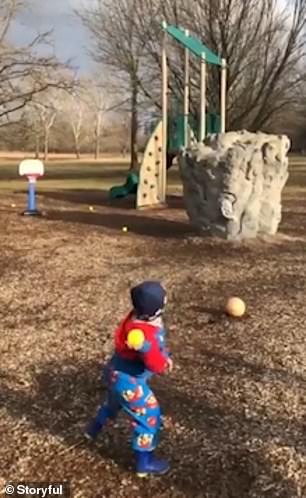 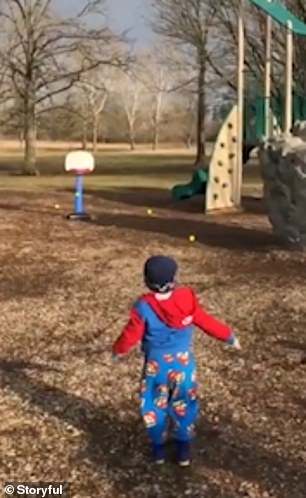 Calvin Shannon, aged four, from Ohio, is definitely ‘in the zone’ as he concentrates on the mini basketball hoop before throwing the little ball 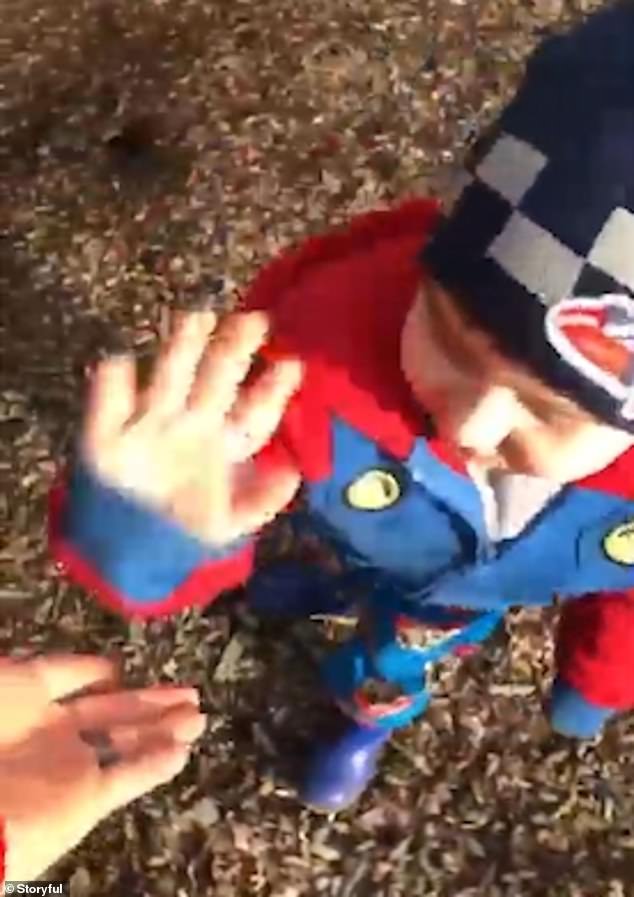 After performing his fantastic trick shot, the star of the future gives his father, Mike, a high-five

At this point, a nonchalant Calvin runs over to play with a football, as his mother, Heather, says, ‘Good job!’

Mr Shannon beckons his wonderboy over and says, ‘Give me five. Good throw, Mario.’ (Possibly a reference to the videogame character, which Calvin has dressed up as on Halloween.)

The little boy’s trick shot is by no means a fluke.

Indeed, his proud father has been documenting his son’s basketball skills for some time now. 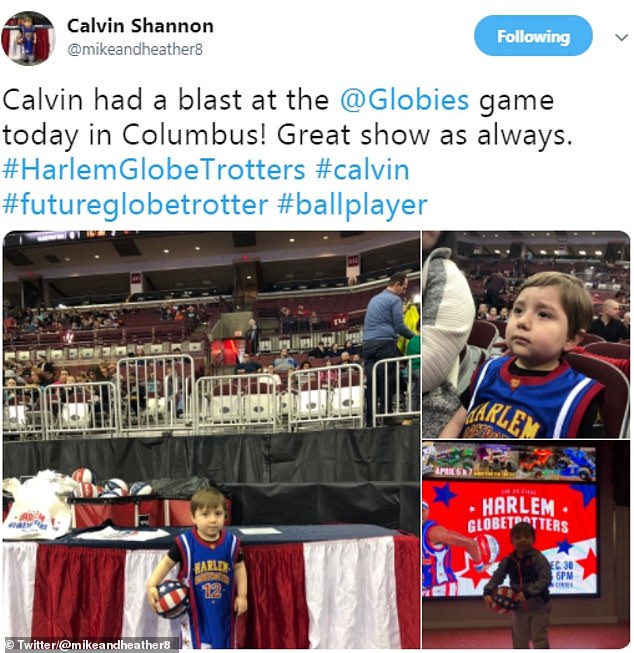 Calvin at a Harlem Globetrotters game last year. The boy so impressed the legendary exhibition basketball team that they arranged to meet him

Calvin even has his own YouTube channel where he performs a variety of amazing basketball, baseball, football and frisbee shots.

One of the videos caught the eye of the Harlem Globetrotters, the legendary exhibition basketball team, who wanted to meet Calvin, 10 WBNS reported.

And sure enough, he did meet them last year – and even they were dazzled by his skills.