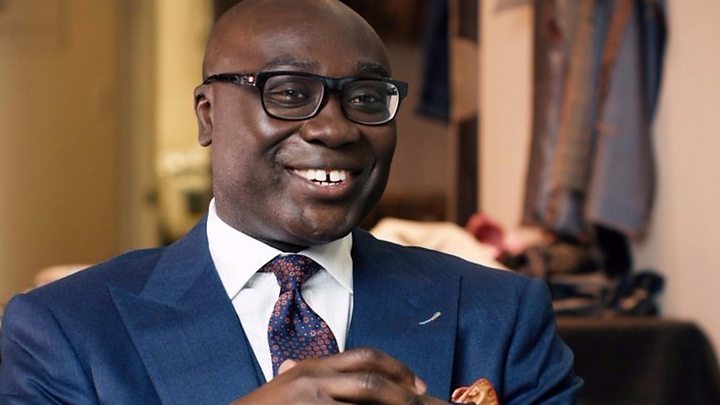 The BBC is seeking a rising star of African journalism for the BBC World News Komla Dumor Award, now in its fifth year.

Journalists from across the continent are invited to apply for the award, which aims to uncover and promote fresh talent from Africa.

The winner will spend three months at the BBC headquarters in London, gaining skills and experience.

The award was established to honour Komla Dumor, an exceptional Ghanaian broadcaster and presenter for BBC World News, who died suddenly aged 41 in 2014.

This year’s award is being launched from the Nigerian city of Lagos.

It will be made to an outstanding individual living and working in Africa, who combines strong journalism skills, on-air flair, and an exceptional talent in telling African stories with the ambition and potential to become a star of the future.

As well as spending time with the BBC in London, the winner will also get to travel to Africa to report a story – and have that story shared across the continent and the world.

Waihiga said that you could always sense “the passion in the way Komla told the African story”.

“His will to change the narrative about Africa was one of the reasons he stood out amongst other international broadcasters,” the 2018 award winner said.

“I feel the placement at the BBC – working with Komla’s friends and colleagues – has helped me to continue Komla’s remarkable work, and I look forward to a day when more African journalists of the calibre of Komla will be able to tell unique African stories from different outlets around the world.”

Waihiga will take part in the 2019 launch event, chairing a debate for the BBC World Service about the power of young Nigerians in the forthcoming elections.

Speaking ahead of the launch, Jamie Angus, director of the BBC World Service Group, said:

“In an era when impartial and factual journalism has never mattered more, it’s important that we look to the journalists who know, understand and can contextualise African stories for global audiences so that we can offer a full picture of what’s happening across the continent.

“All of the previous winners have shown they’re exceptional journalists, and have brought insights in to how to improve engagement with local audiences.

“We’re very pleased to be continuing Komla’s legacy and are looking forward to finding another outstanding journalist from the continent.”