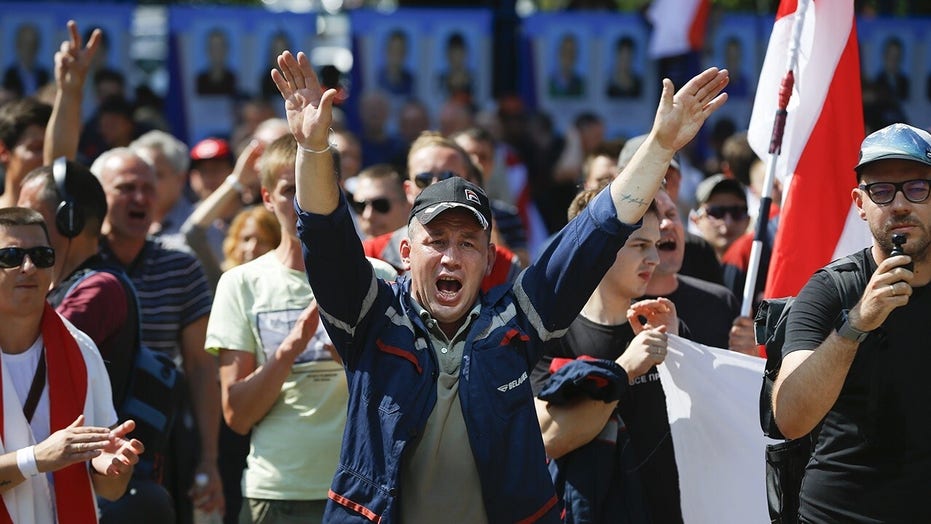 As Belarus President Alexander Lukashenko was heckled Monday by angry factory workers who called on him to step down amid disputed election results, the authoritarian leader declared there will be no new election “until you kill me.”

Lukashenko, who has led the country for 26 years, flew by helicopter to a tractor factory in the capital of Minsk to rally support, but he was met by angry workers chanting, “Go away!”

"We held the election,” the president told the workers, according to the BBC. “Until you kill me, there will be no other election.”

While he stated that he “will never cave into pressure,” Lukashenko said he would only be willing to hold a new presidential election after approving an amended version of its constitution — an apparent bid to buy some time amid the growing political crisis.

As he spoke, more than 5,000 striking workers from the Minsk Tractor Plant marched down the streets of the city, joining an increasing number of state-controlled factories across the nation of 9.5 million in walking off the job. 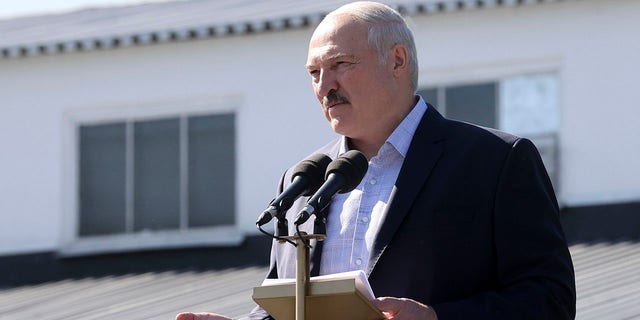 Last week, riot police dispersed a peaceful protest with rubber bullets, tear gas, clubs, and stun grenades. At least 7,000 were detained by riot police, with many complaining they were beaten mercilessly. One protester was killed and hundreds were wounded. 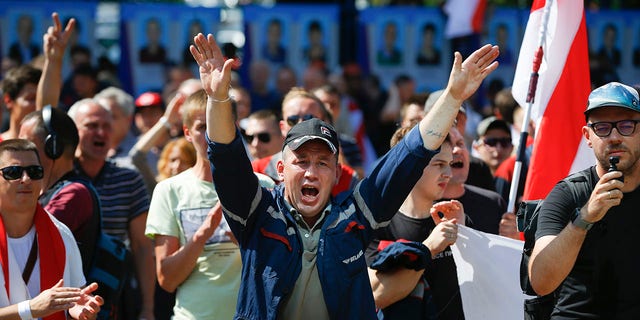 Workers with old Belarus national flags shout anti-Lukashenko slogans during a rally at the Minsk Motor Plant in Minsk, Belarus, on Monday to demand the resignation of Lukashenko. (AP Photo/Sergei Grits)

After the police crackdown and reports of abuse provoked widespread anger, the authorities backed off, allowing big weekend protests and releasing many of the detainees. The Interior Ministry said 122 detainees were still in custody as of Monday. The Health Ministry said 158 people remain hospitalized with injuries after the crackdown.

Lukashenko spoke twice with President Vladimir Putin over the weekend and reported the Russian leader told him Moscow stands ready to provide support in the face of what he described as foreign aggression.

The 37-year-old former teacher left for neighboring Lithuania on Aug. 11 under what her associates described as pressure from law enforcement officials. Her husband, an opposition blogger, has been jailed since May, and she had replaced him on the ballot.

In a video statement from Lithuania on Monday, Tsikhanouskaya said she was prepared to step in.

“I’m ready to take on the responsibility and act as a national leader in order for the country to calm down, return to its normal rhythm, in order for us to free all the political prisoners and prepare legislation and conditions for organizing new presidential elections,” she said.