Off your bike! Burly biker jumps from his motorcycle to help elderly lady at zebra crossing after she was ignored by passing cars

This is the touching moment a gang of bikers stop at a zebra crossing before one dismounts to help an old lady cross the road.

She had been getting ignored by passing cars and the person recording can be heard saying ‘are they not going to let her past?’

The voice then says ‘right here we go’ when the bikers approach in a group of five. 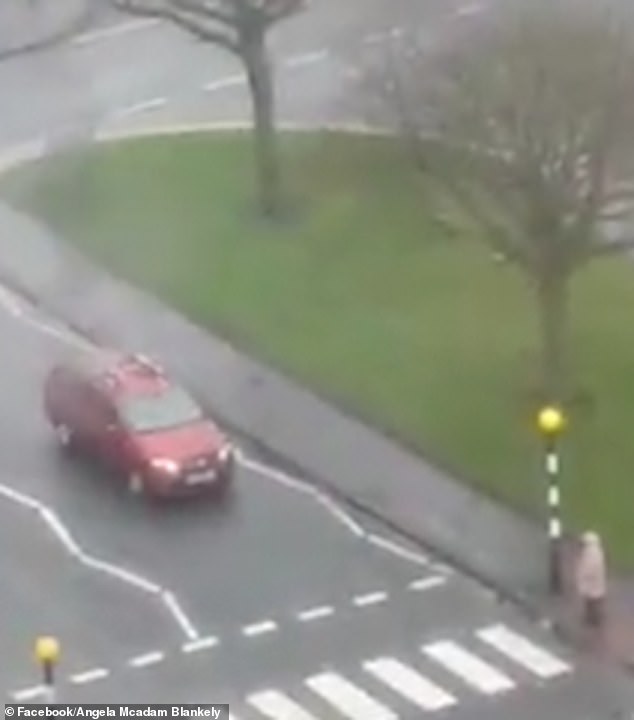 The caption for the video read ‘Three times this has happened’, probably suggesting that the bikers had helped older people cross the road in the past.

It is not clear where the footage, which has been viewed over 250,000 was shot, but the lady speaking over it has a Scottish accent.

The footage was shared by Angela Mcadam Blakely and has been a hit with viewers. 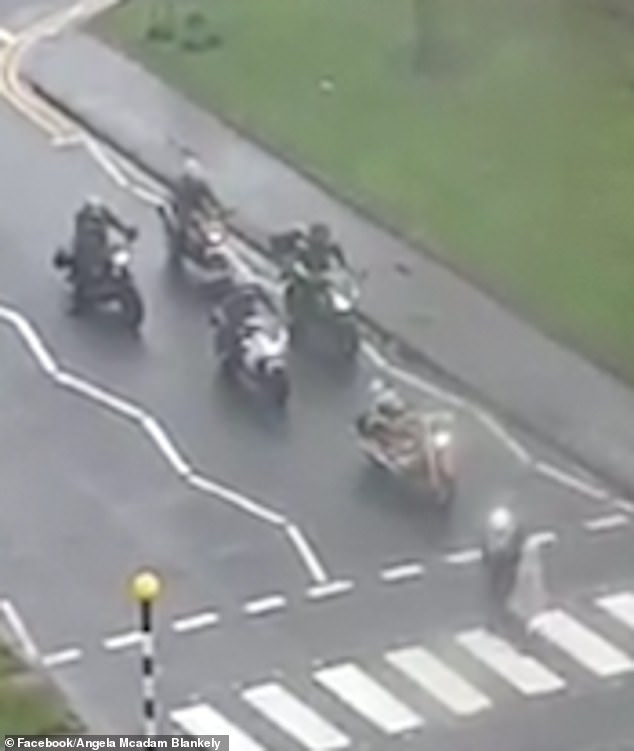 ‘What a lovely guy for helping the lady across the road,’ added Margaret Nicol.

The video, which was shared on Sunday, has racked up well over a thousand likes on Facebook along with over 4000 shares.