THIS is the moment an overweight Chinese man was saved from plunging down a well by his large stomach.

The man, who was identified only by his surname Liu and weighs 19 stone, became wedged in and had to be rescued by firefighters. 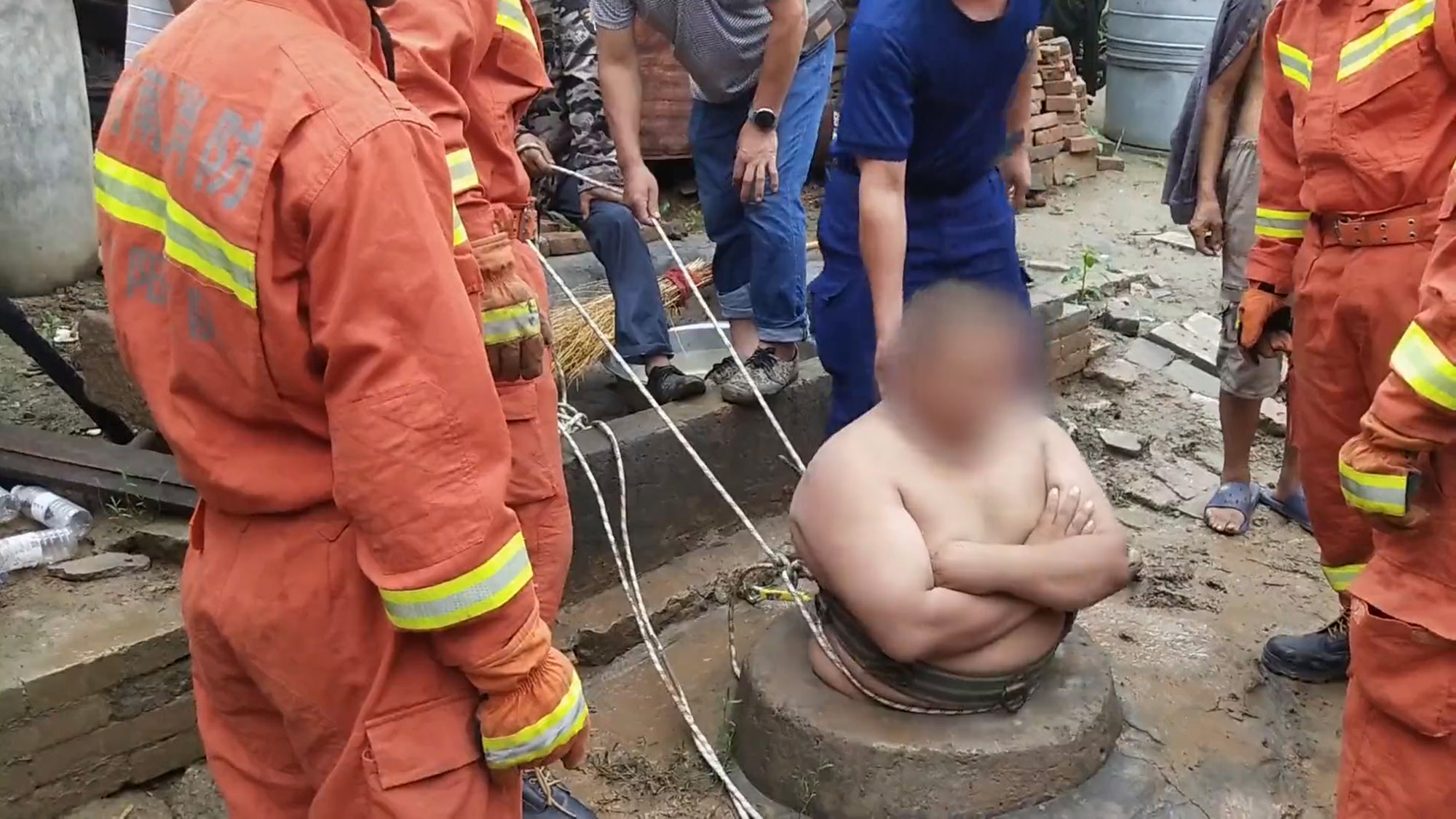 Liu got stuck in the well at his home in Yichuan County in Luoyang, a city in central China's Henan Province, according to a Luoyang fire service report.

The report said the man, aged 28, had been helping his parents to fill in the well by throwing wood and other rubbish inside.

He had been standing on something in order to force it into the hole when it suddenly gave way and he almost followed after it.

The family said the well had been used for years but after it dried out, they decided to fill it in so it was not dangerous and that their son had been tasked with the job.

Firemen said that when they arrived, they realised he was stuck tight and needed to tie a rope around him as well as a rescue belt in order to pull him free.

The man, who sat calmly wedged in the hole with his arms folded, was then lifted free with no obvious injuries apart from some abrasions on his skin. 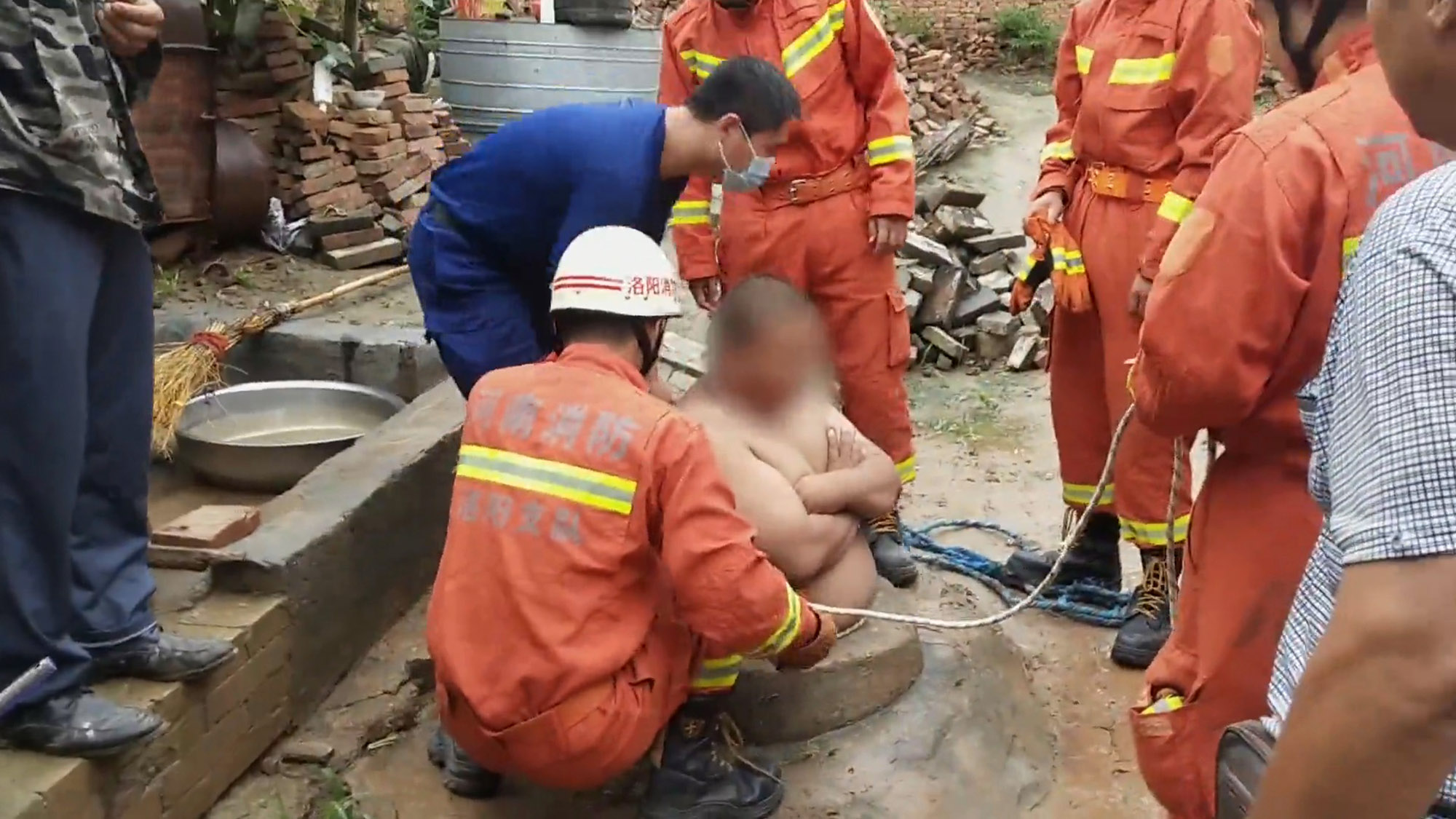 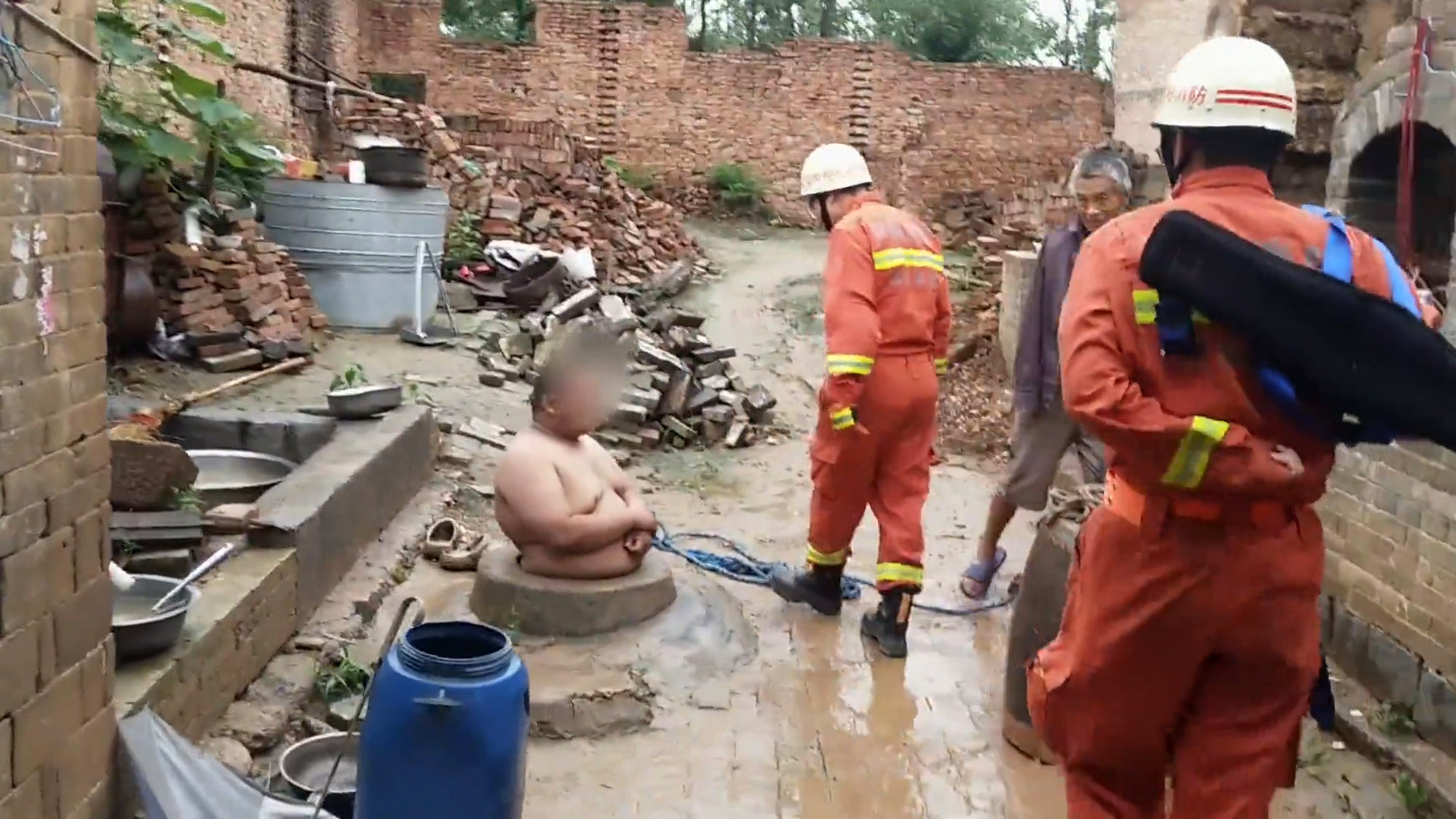 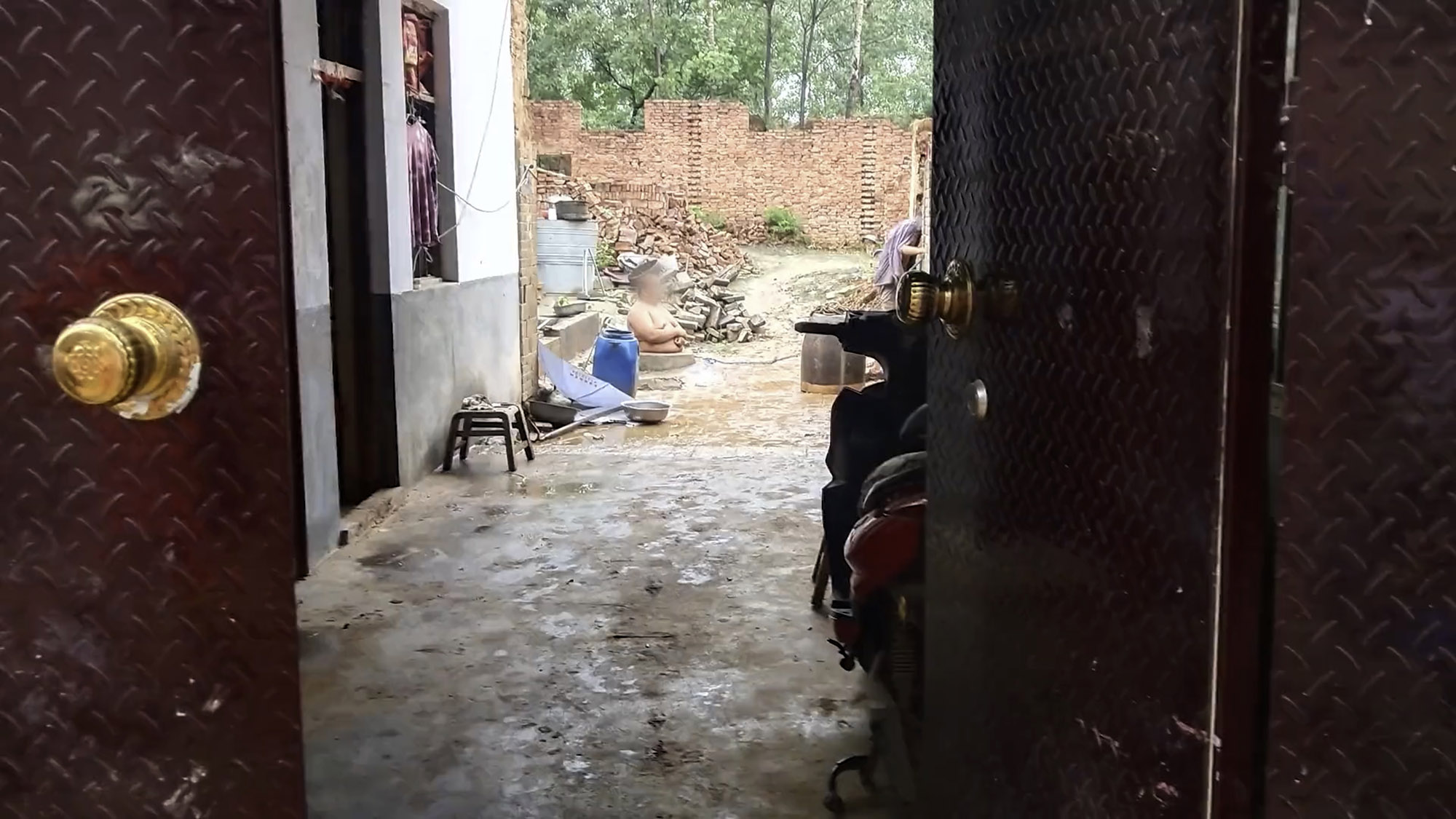