Boris Johnson has vowed to pass laws to make it easier to deport Channel migrants from Britain, as the French warned there was nothing they could do to stop the wave.

Home Secretary Priti Patel and new "small boats commander" Dan O'Mahoney spent the morning at Dover ahead of talks to get the French to help crack down on migrants. 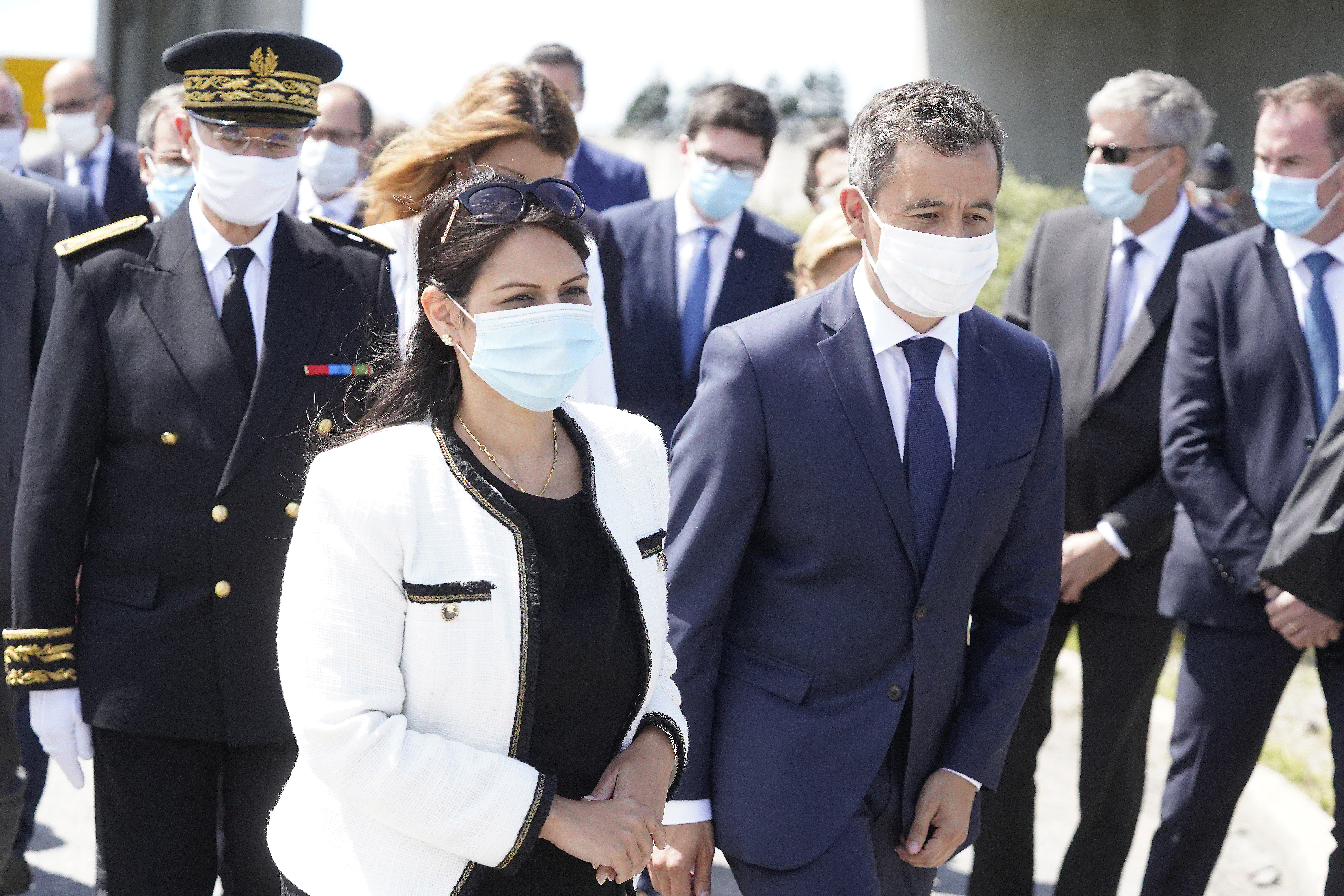 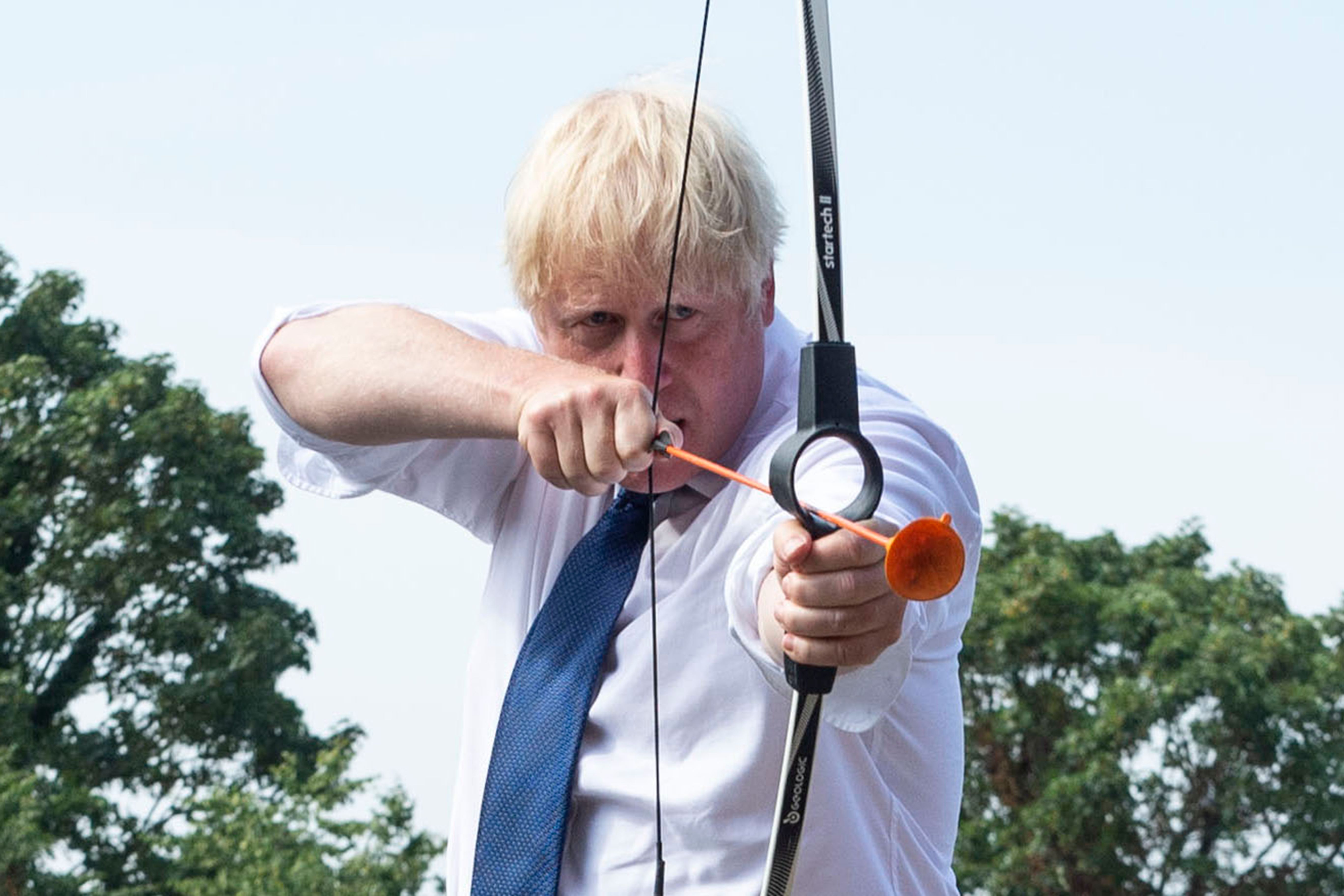 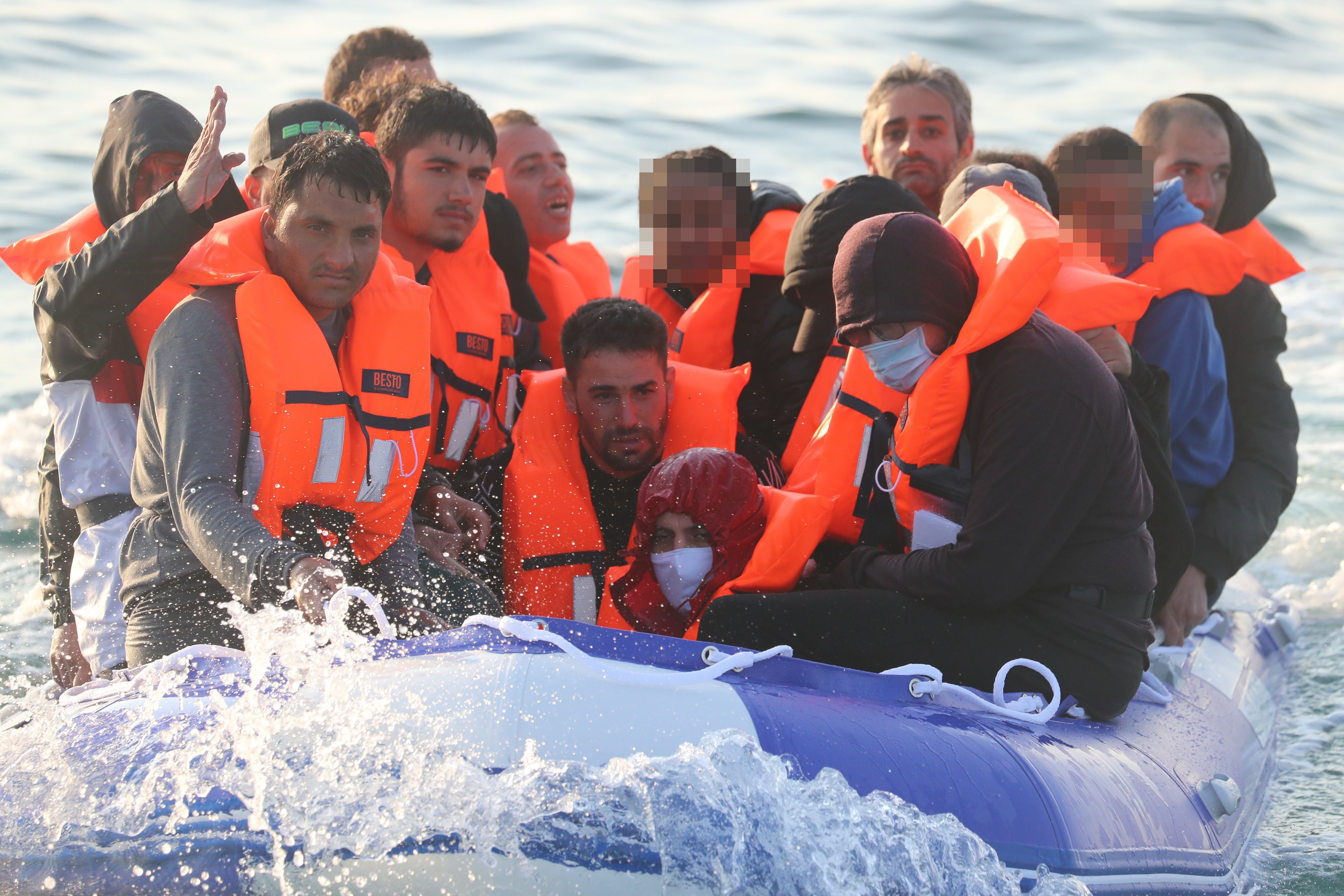 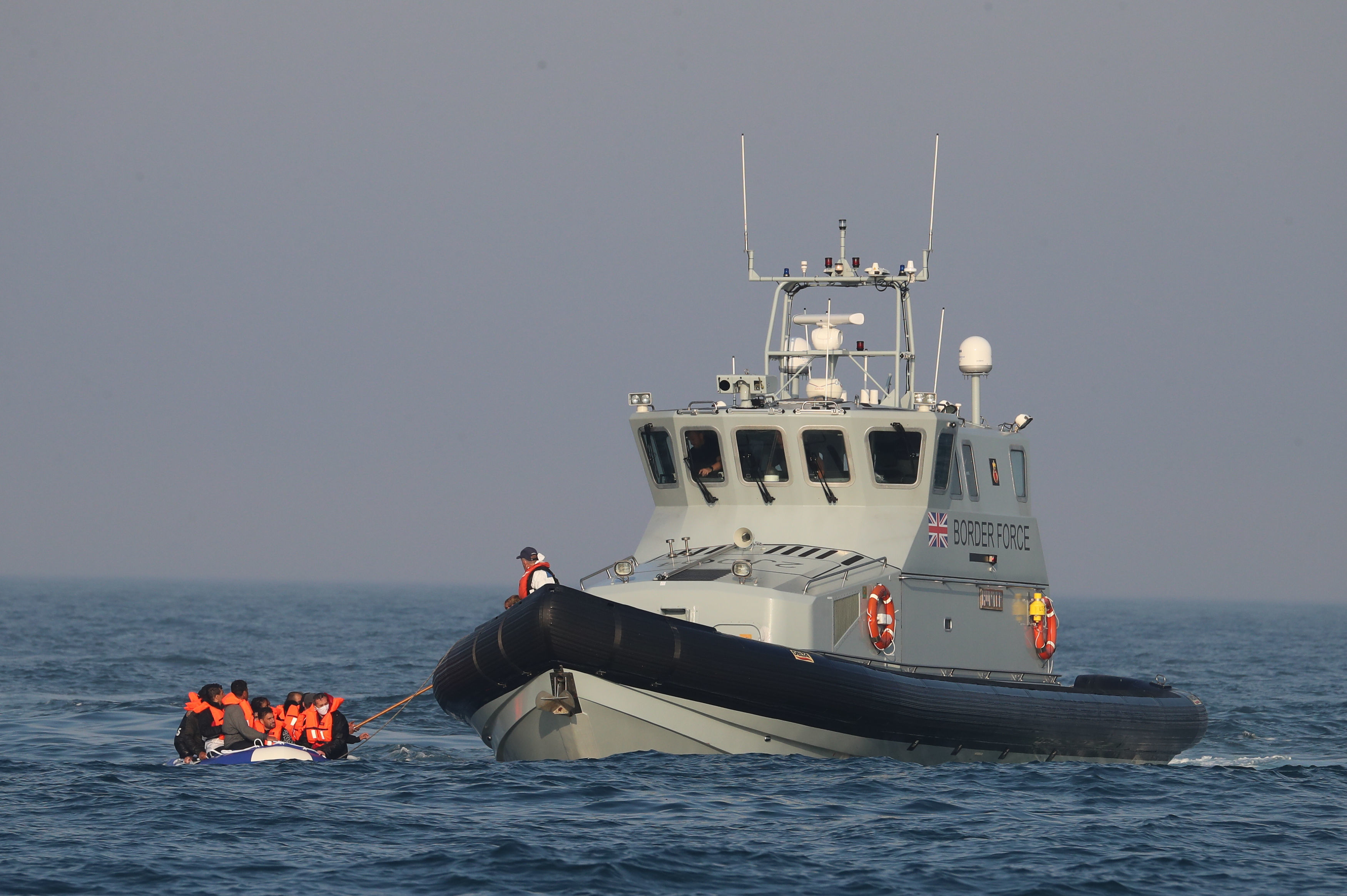 The Prime Minister said it was time to “look at the legal framework that we have that means that when people do get here, it is very, very difficult to then send them away again even though blatantly they've come here illegally."

Currently Britain's struggling Border Force must escort boats to the UK if they get into trouble in British waters, but ministers want to cut a deal with France to allow them to be returned instantly to Calais.

Mr Johnson hit out after the town's bungling MP taunted the Royal Navy, saying our boys are powerless to stop small boats crossing the Channel.

It comes after a dinghy packed with 20 Syrian migrants arrived on the shores of Dover this morning.

The Department of Defence announced they were sending in the RAF to help deal with the growing crisis of migrants coming in across the Channel.

The UK and France are set to hold talks on Tuesday on how to stop the flow of migrants making the perilous journey across the Channel to get to Britain.

At least 565 migrants crossed the Channel between Thursday and Sunday and more than 4,000 have made the journey so far this year – more than the whole of 2019.

'Dozens of crossings a day'

Home Secretary Priti Patel said last week the UK would make sure the Channel route was "unviable" but demanded the French step in and help.

Ms Patel visited Dover this morning alongside Dan O'Mahoney, the ex-marine spearheading the effort to stop smuggling gangs organising for the illegal boats to cross the Channel.

After it emerged the French authorities have stopped just 810 migrants this year, Pierre-Henri Dumont complained they “are already trying to do whatever we can, but if you've got dozens of crossings a day, that's very difficult for us to stop a boat.”

He added: "It only takes five minutes to have a small boat at sea full with migrants, with a coast of 300km to monitor”

And he attacked “political measures” like threats to deploy the Navy.

But hitting back Mr Johnson said: "There's no doubt that it would be helpful if we could work with our French friends to stop them getting over the Channel."

Speaking on a school visit in East London, the PM added: "Be in no doubt what's going on is the activity of cruel and criminal gangs who are risking the lives of these people taking them across the Channel, a pretty dangerous stretch of water in potentially unseaworthy vessels.

"We want to stop that working with the French, make sure that they understand that this isn't a good idea, this is a very bad and stupid and dangerous and criminal thing to do.

Mr Dumont also sparked fury by suggesting the Navy could sink migrant boats to stop them getting into UK waters. 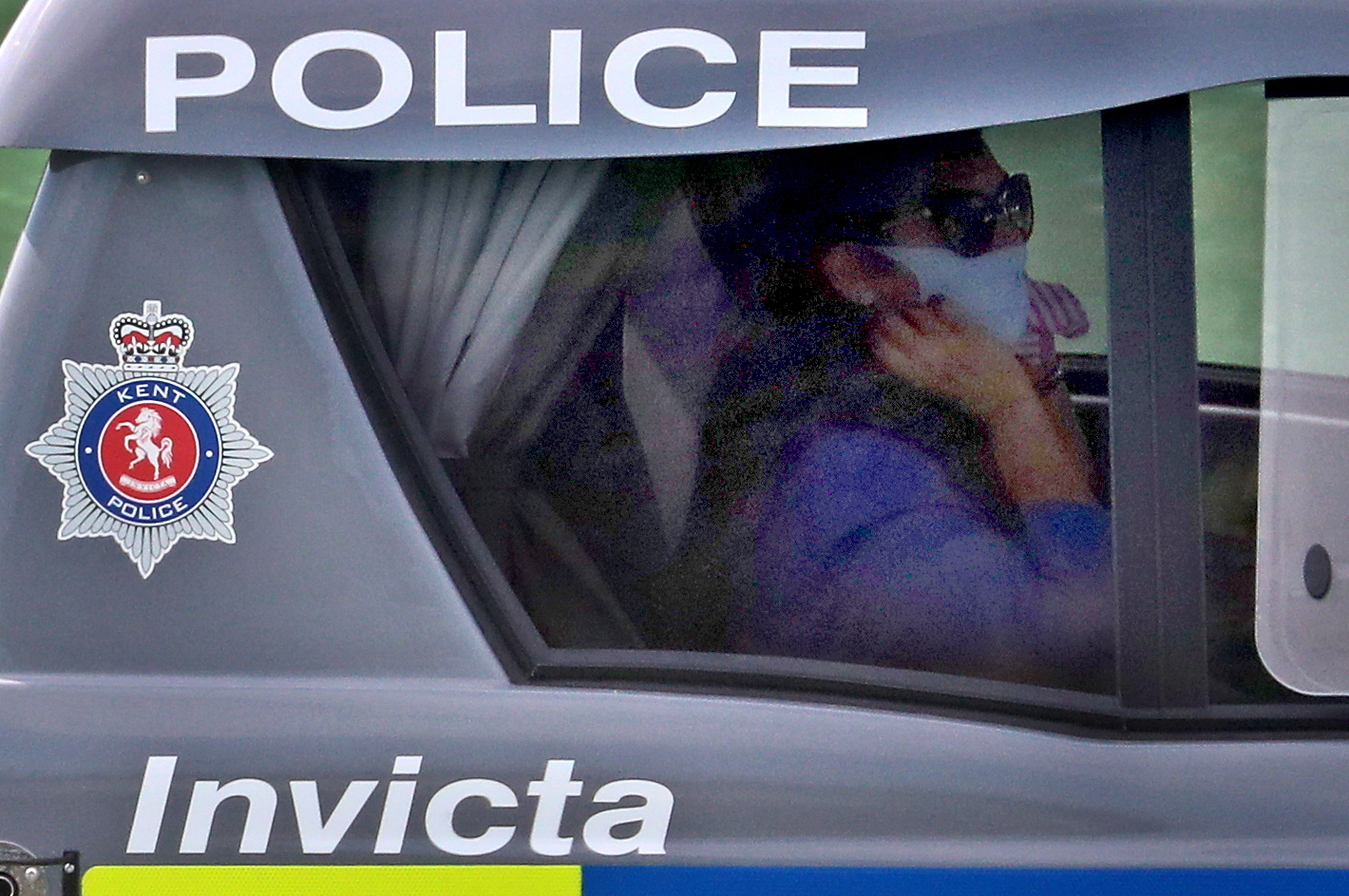 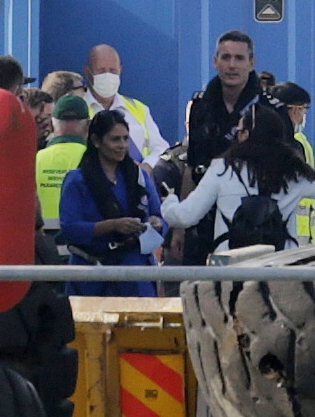 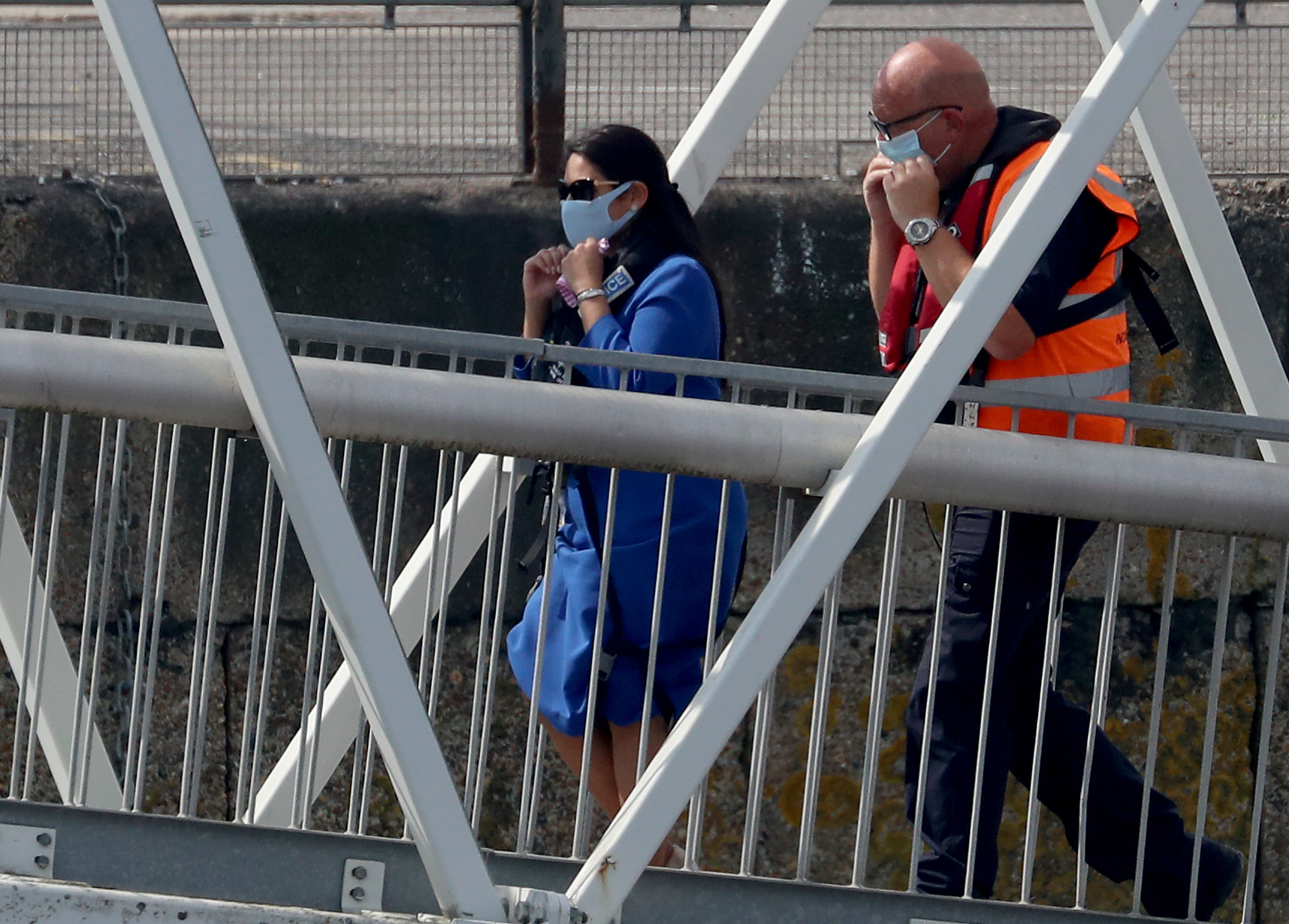 Dover's MP hit back at her Calais counterpart's comments, dismissing them as "silly".

Tory Natalie Elphicke said: "We wouldn't be having this discussion at all if the French actually stopped these boats leaving in the first place."

She told The Sun "When any boats are found in the water, they must be turned round and taken back to France. No ifs, no buts."

Immigration Minister Chris Philp said last week the French needed step up their efforts to stop migrants getting in boats to the UK.

He wrote in The Telegraph: "France is a safe country, so I share the anger and frustration of the public. This situation simply cannot go on."

“We intend to return as many migrants who have arrived as possible.

“There are return flights planned in the coming days.”

He said the UK would also track down and proscute people smugglers – 22 have already been jailed this year, and two more have been charged recently.

To receive The Sun’s Coronavirus newsletter in your inbox every tea time, sign up here.

Get Britain’s best-selling newspaper delivered to your smartphone or tablet each day – find out more.