Under fire boss of NHS supplier which was blasted for failing to get PPE to hospitals at start of pandemic QUITS his £235,000 job

The head of an NHS body responsible for stocking hospitals with PPE is quitting his high paying job after a national shortage of the crucial supplies.

Jin Sahota is the Chief Executive of NHS Supply Chain Coordination (NHSSC), the organisation tasked with distributing PPE to hospitals from the start of the coronavirus crisis.

Sahota is now leaving the role, passing up a £235,000 annual salary, which made him a higer earner than the Prime Minister – despite never holding an NHS post.

His resignation comes after the CEO was slammed for his poor handling of the disrtribution process, at a time when the NHS was in desperate need of a working supply chain. 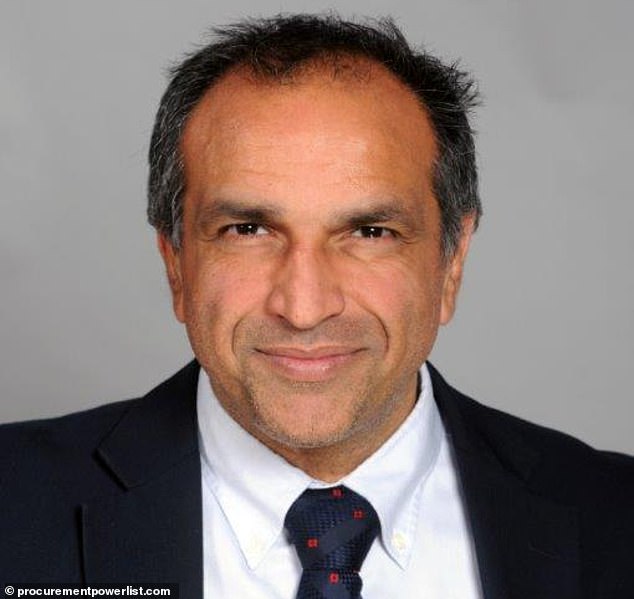 Jin Sahota has quit his £235,000 per year job as Chief Executive of NHS Supply Chain Coordination (NHSSC), the organisation tasked with distributing PPE to hospitals

NHS trusts had been complaining about the organisation for months.

In the end the Army had to be called in to sort out the chaos in NHS Supply Chains warehouses which are run by a private company tasked with making savings of £150 million.

Sahota – who lives in a $1 million mansion and owns another £500,000 home – was accused by trade unions of axing staff needed to get PPE out to hospitals.

NHS Supply Chain is a private company owned by the NHS and directly answerable to Health and Social Care Secretary Matt Hancock.

When the military took over the logistics of distributing PPE, they found NHS Supply Chains warehouses in a shambolic state.

Sahota’s CV showed he had previously worked in television and leisure and never held an NHS post. 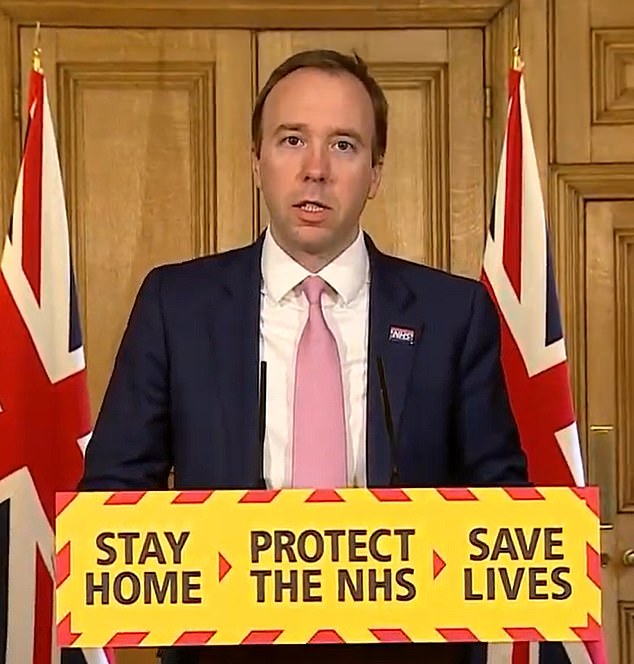 Throughout the pandemic he has refused to answer questions about his organisation’s failings.

At one stage Mr Hancock was witnessed loading stocks of PPE at a Supply Chain warehouse.

Mr Sahota’s resignation comes just weeks after it was revealed the Department of Health and Social Care and the Cabinet Office was carrying out a review of the beleaguered agency.

The review followed the crisis in the supply of personal protective equipment to trusts in March when deaths from the virus in England’s hospitals grew from one to 574 in 30 days.

Trusts and procurement professionals were highly critical of NHSSC in late March and early April as providers ran short of supplies of PPE. NHSSC was accused of not fulfilling orders or providing sufficient equipment.

The agency had been “managing demand” for several PPE products from February until late March to ensure “continuity of supply”.

The representative body for procurement and supply chain professionals in the NHS, the Health Care Supply Association, branded its performance as a “system” failure in late March.

By April the retail logistics firm Clipper had been put in charge of a new covid-19 specific supply channel, with the Ministry of Defence, to “ease pressure” on the procurement body.

NHSCC’s Board meetings are not open to the public and are held behind closed doors.

A spokeswoman for the organisation said: “Jin Sahota our chief executive officer has informed the board and colleagues that he is stepping down from his role.

“It is Jin’s personal decision and comes at the conclusion of his assignment to NHS Supply Chain. He was commissioned to design, build and operationalise a new national procurement route for the NHS and the new operating model is now up and running.”