Shocking footage shows a young boy luckily escape after a huge bucket of water smashes through the ceiling.

He is playing on his computer just before the roof collapses and the room is flooded.

A dog is relaxing on the ground outside the room. It jumps up and runs about shortly before the roof collapses while the boy continues playing his game. 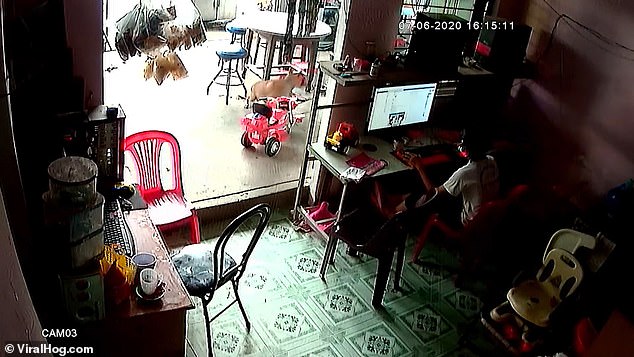 The boy is playing on his computer minutes before a huge bucket smashes through the ceiling at his home in Ben Tre, Vietnam

The roof then comes down inches away from his chair, flooding the room with water.

His family come to the room and look around at the destruction caused by the collapsed roof.

No one was injured after the incident around 4.15pm on June 7 in Ben Tre, Vietnam.

In Vietnam, water reservoirs weighing up to a tonne each are built on top of houses and apartment buildings for daily use. 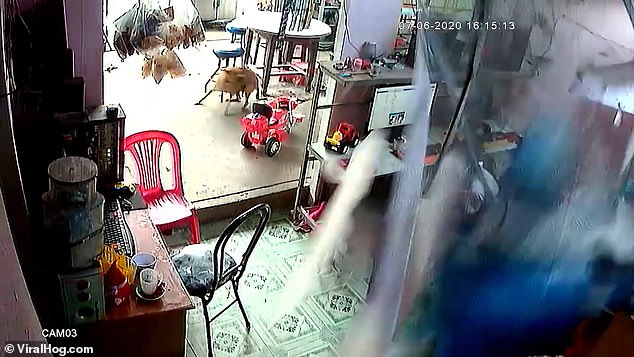 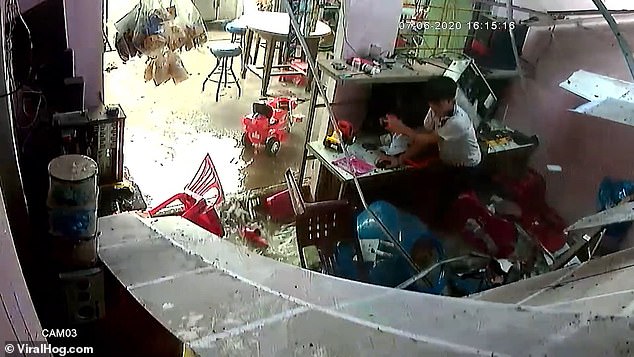 They can sometimes fall down due to rusty stands or other malfunctions.

Social media users pointed out how the dog realised the danger before it happened.

One commented: ‘The dog realised the danger so early!’

Another said: ‘The dog knew something was about to go down.’

A third said: ‘Wow, just happy no one was hurt. This could have gone wrong very easily.’ 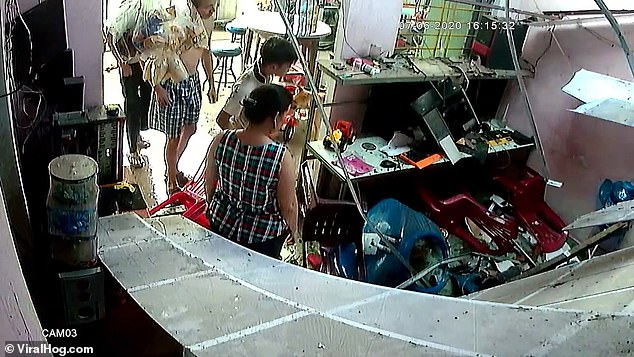