Karina Rodini, who was fired from her job and is forced stay unmarried due to her medical condition, says the disease took a heavy toll on her personal and professional life. 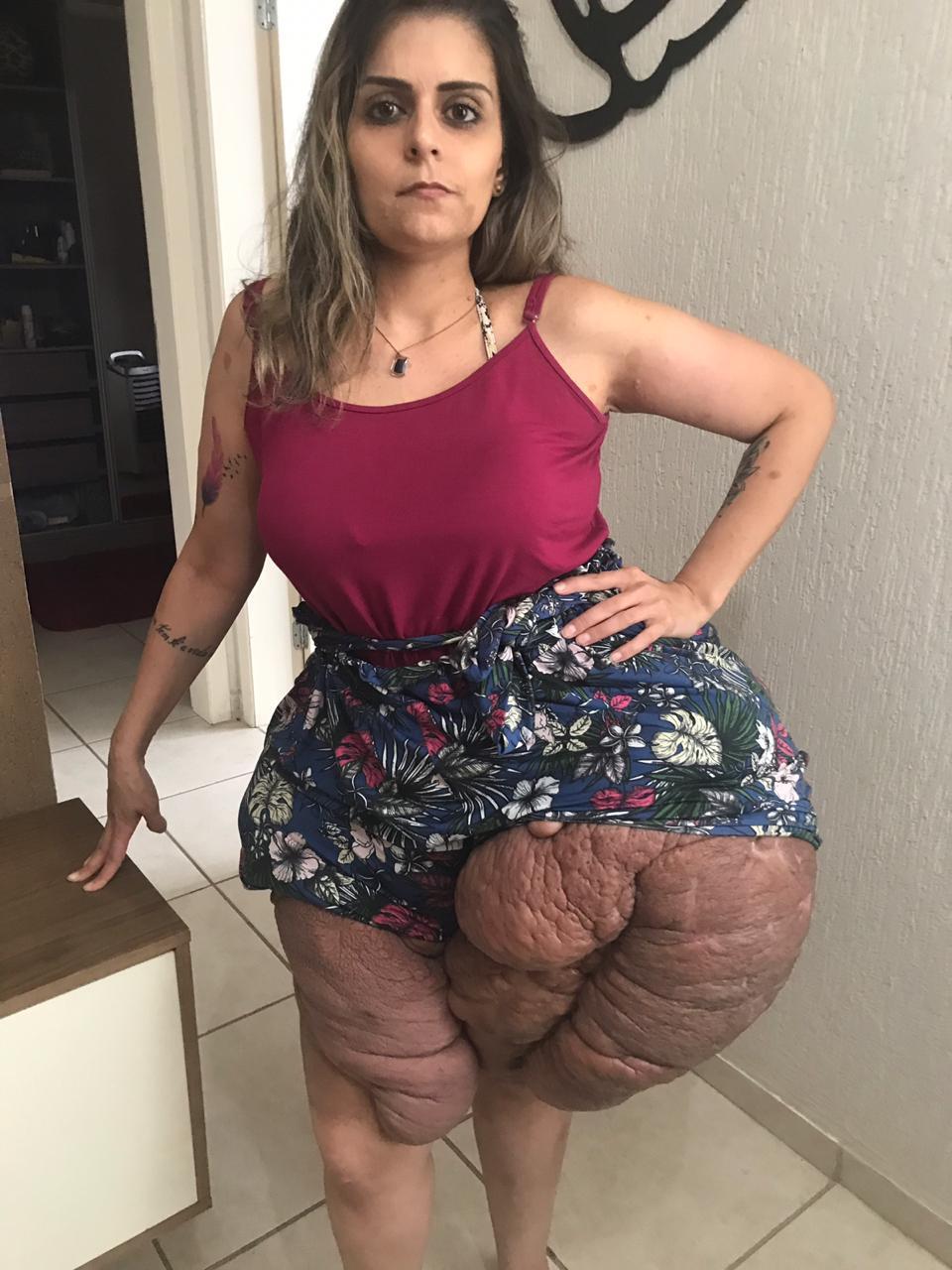 She said: “I was diagnosed with neurofibromatosis when I was only two years old; at first it was only ‘coffee milk’ patches so the doctor couldn’t do anything because there were no lumps or tumours.”

Karina suffers from type one of the condition, a genetic disease marked by changes in skin colour and the growth of non-cancerous cysts in different parts.

I was diagnosed with neurofibromatosis when I was only two years old.

The disease affects one in 4000 people globally.

The cysts started to show up almost nine years later.

When she was 12, Karina underwent a surgical procedure to remove a cyst which weighed around 9kg from her uterus.

Being the oldest child of three, Karina has always received love from her mother, Fatima M. Abou Ali, 58.

Neurofibromatosis is a group of three conditions in which tumors grow in the nervous system.

The condition is caused by a faulty gene. If the gene is faulty, it leads to uncontrolled growth (tumours).

Only one parent needs to have the faulty gene for their child to be at risk of developing the condition.

There's currently no cure for the condition.

Treatment involves regular monitoring and treating any problems as they occur, say NHS.

The disease affects one in 4000 people globally.

Fatima had to quit her job to take care of her daughter Karina full-time.

Fatima said: “All these years, it has been very hard to see how the disease is consuming my daughter.”

“Her left eye she has low visibility (scoliosis) because of the disease. She walks very slowly because the leg is too heavy.

“She also suffers from shortness of breath when she has to walk more than 20 minutes or climb stairs.”

All these years, it has been very hard to see how the disease is consuming my daughter.

Karina said she has been under the knife seven times already.

She added: “Every two to three years I have a repairing surgery, the doctor removes approximately 1 kilo of tissue.

“He says it is the maximum he can remove due to the amount of blood that is lost.”

Unable to find a good doctor in Brazil, the family is now looking for help from doctors abroad.

However the overall price for Karina to be treated in India, where there is expert treatment available, totals a whopping £30,000.

A GoFundMe page was started by Karina, with a goal set to reach £30,000 to fund her surgery overseas. 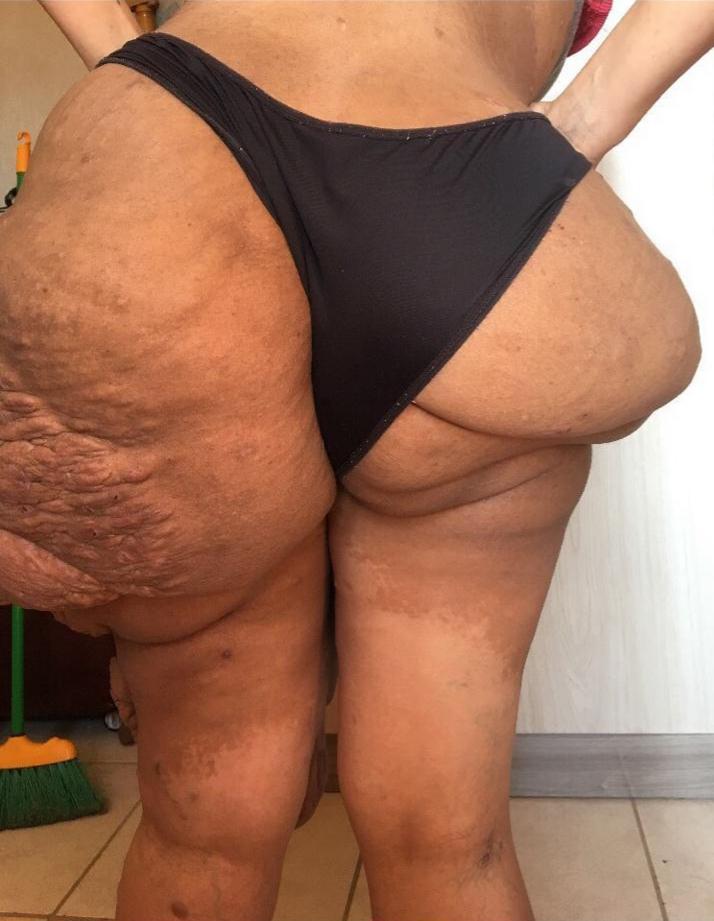 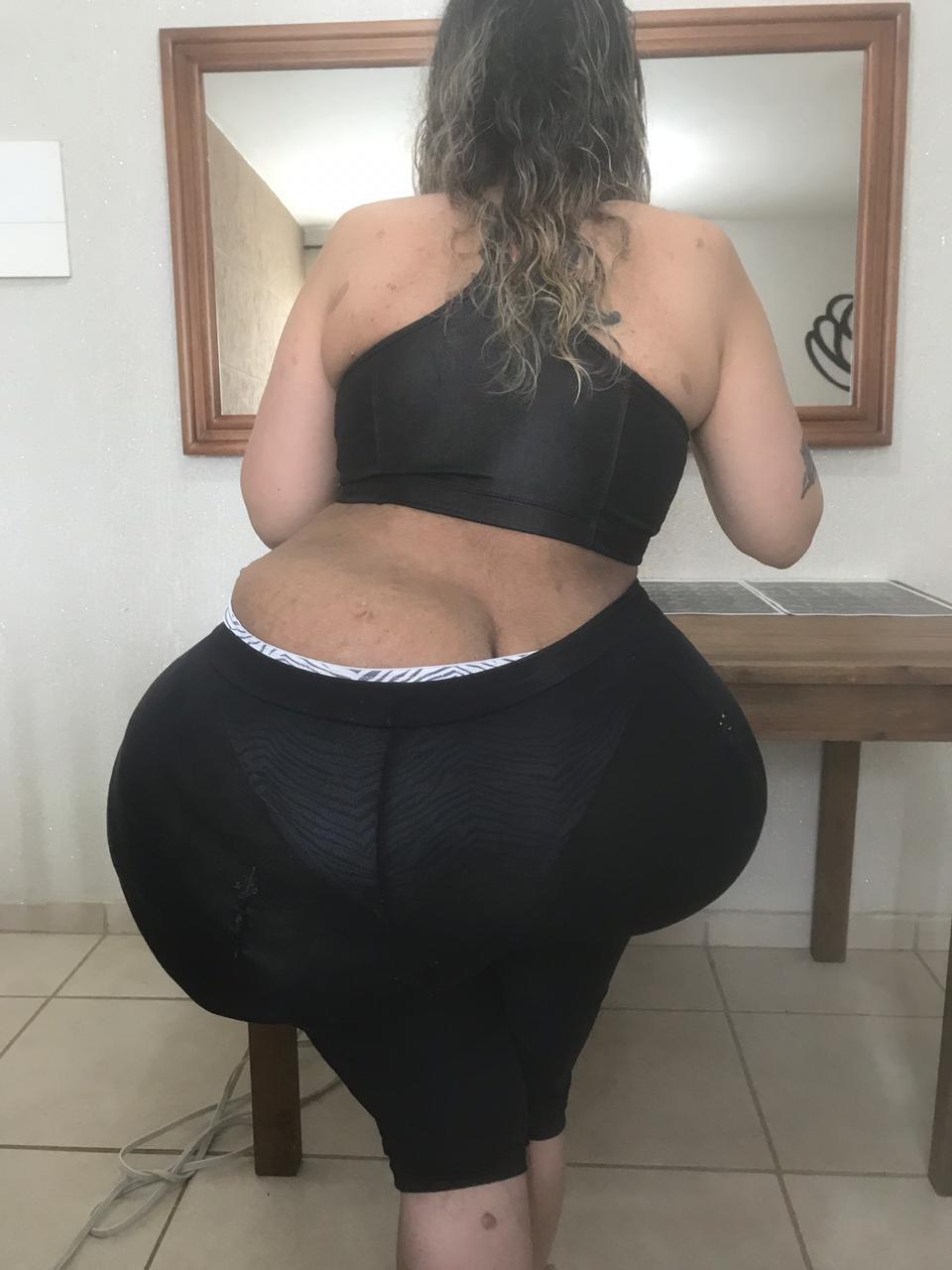 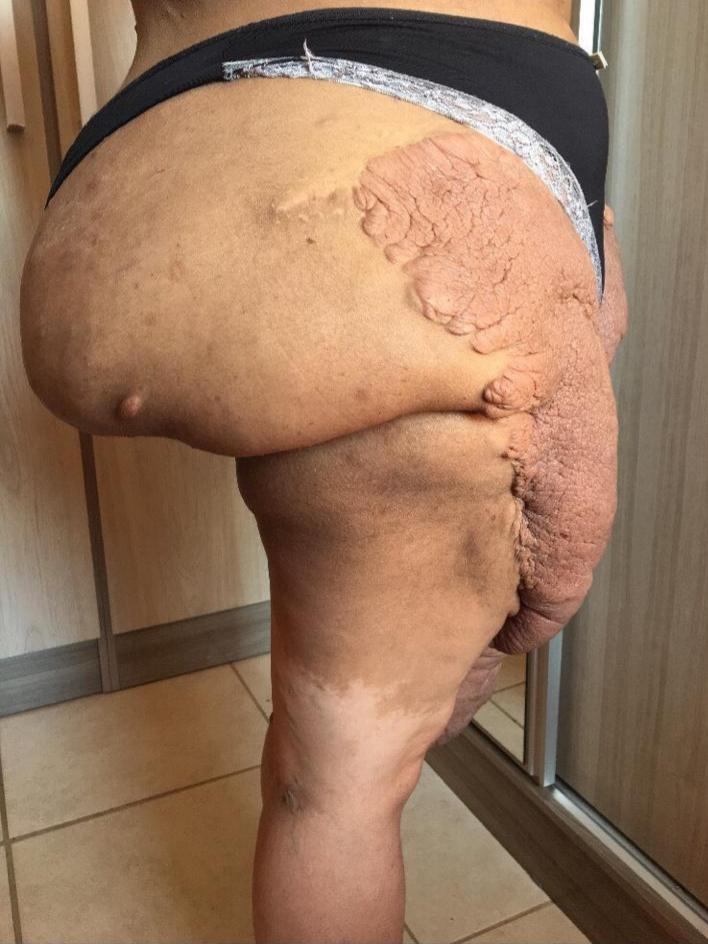 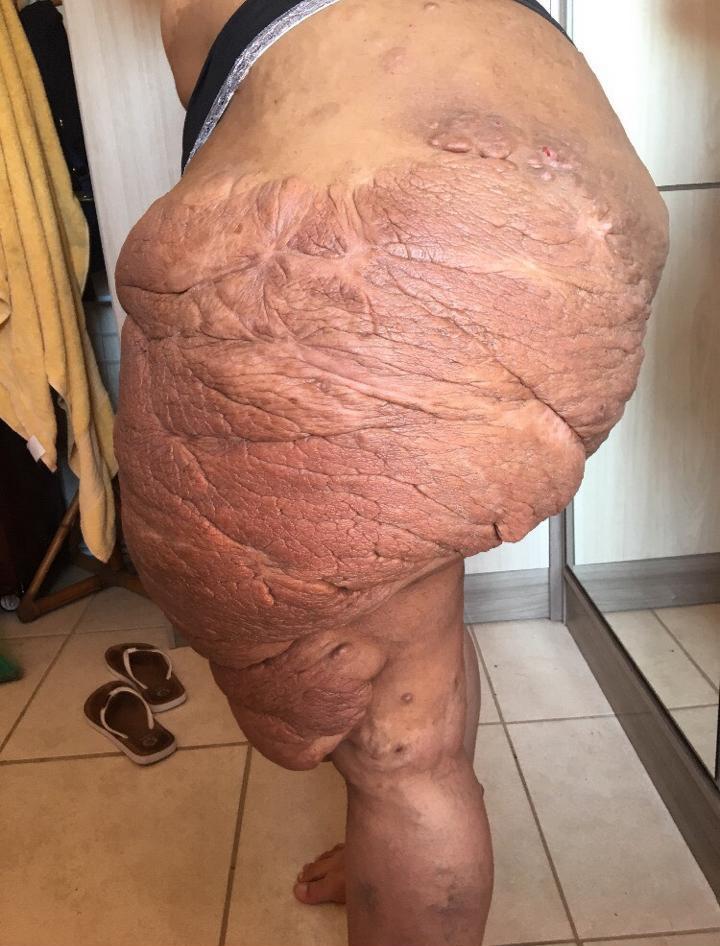