A thief who stole from an 86-year-old woman, who died ‘distraught’ two months later, has been jailed.

Jason King followed the elderly lady, who walked with a stoop, around an Aldi in Brighton in April last year.

While she was looking at products, King stole a purse in which she only had a little change. He then went back and again rummaged through her bag, taking a wallet which contained her cards.

She died two months later and her carers believe the upset she felt at having been stolen from contributed to her death. 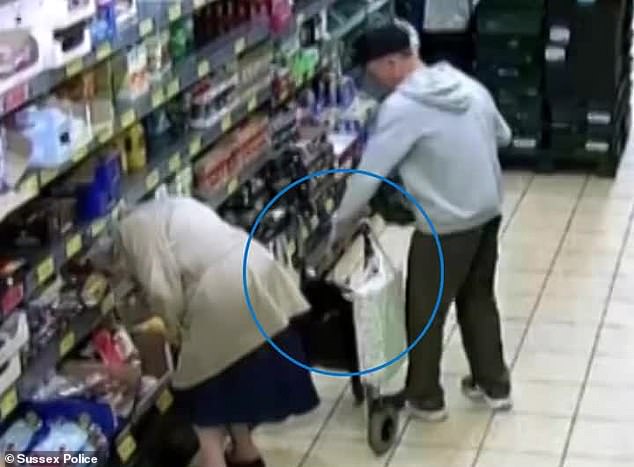 Jason King twice dipped his hand into the bag of an elderly victim, taking her bank cards

King, 42, then gave police and the courts the runaround by failing to turn up to court hearings, but has now finally been jailed for a year.

A court heard King followed the victim around for 10 minutes waiting for a moment to steal from her. 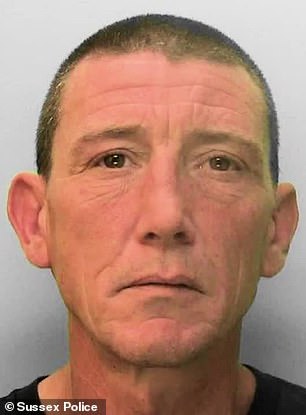 Despite him twice dipping his hand into her bag to take her wallet and purse, she didn’t notice and only realised what had happened when she got to the checkout and couldn’t pay.

King, who dropped her empty purse back into her bag, used her cards to go a spree in local shops.

The victim died of natural causes two months later, but the shock of the crime is said to have stayed with her in her final weeks.

King was caught four months after his crime when he returned to the supermarket and staff recognised him.

He failed to attend court for his trial and was found guilty of theft in his absence because the video evidence was so compelling.

King then appealed against the conviction causing the victim’s daughter further stress.

His appeal was dismissed on July 5 2019 at Brighton Crown Court but again did not attend court, claiming he had been injured at work the previous day.

The judge issued a warrant for his arrest and officers arrested him on July 9. He appeared at court again that day and was jailed for a year. 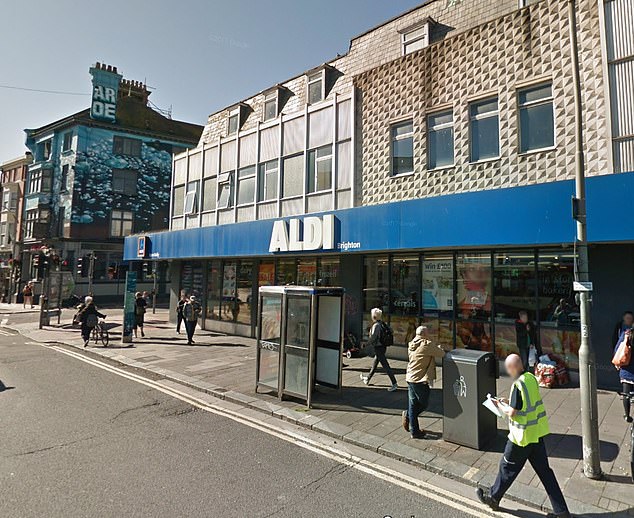 The theft happened at this Aldi store in Brighton last year. King was finally jailed this month

Speaking after his jailing, police investigator Paul Dixon said: ‘This was a very distressing case in which an elderly lady was ruthlessly taken advantage of by a despicable thief who gave no thought to the impact on his victim.

‘We and her family are very glad that justice has now been done in her memory.’