The Britannia in Margate has slashed its usual Sunday lunch price of £7.50 in a bid to lure in more customers, as an advert for the deal warns the landlord has "taken leave of his senses". 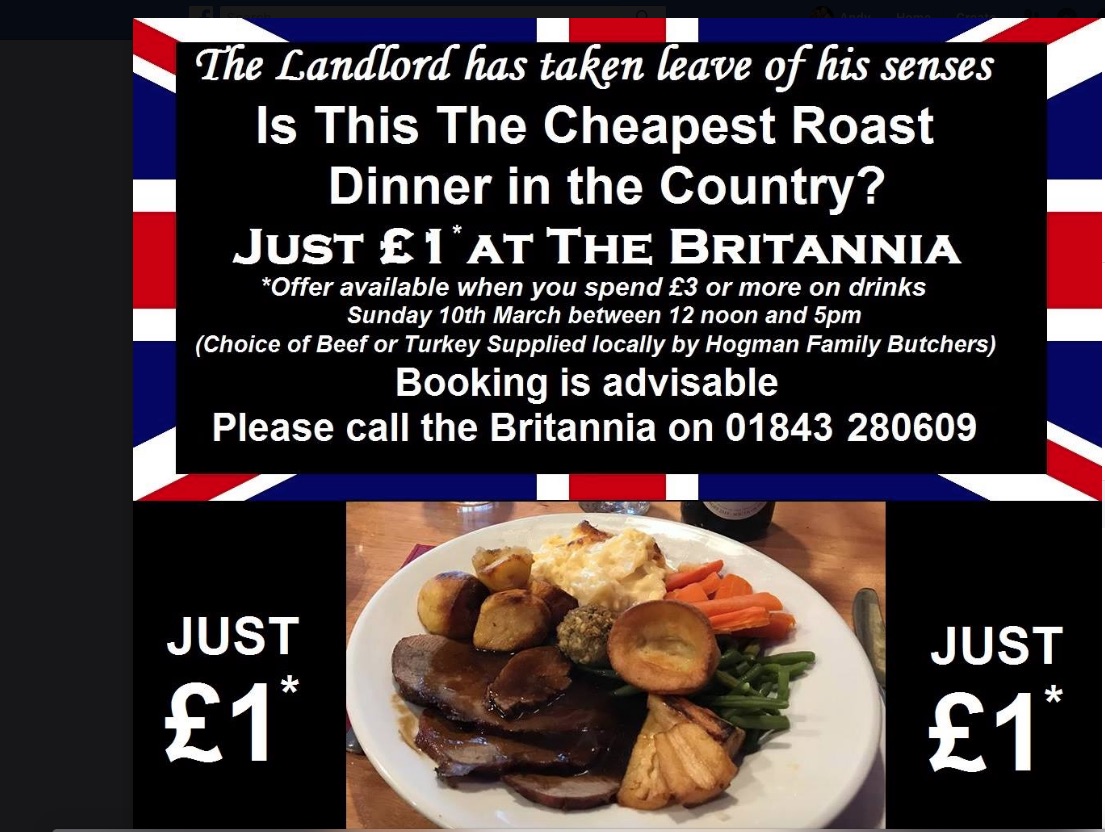 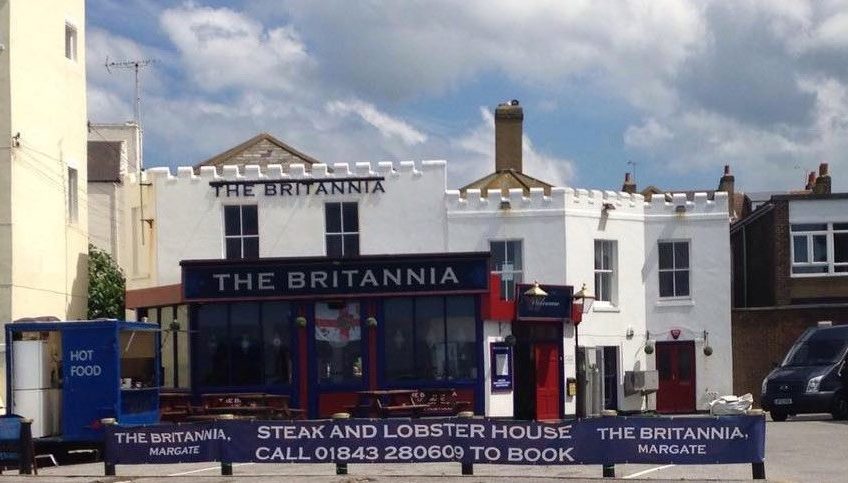 Have you ever found a cheaper roast? Send in your pics to [email protected]

And it seems to have paid off – there's been so much interest in the launch this weekend that 60 customers are lining up for the budget bonanzas.

Landlord Paul Rollins, who is taking bookings for the first time, plans to keep it running indefinitely if it proves popular.

For a quid, happy customers will get a huge plateful of meat, roast potatoes, carrots, green beans, parsnips, cauliflower cheese and stuffing balls.

The only catch is they have to spend at least £3 at the bar – about the cost of a pint.

And those who like their meat well-sourced can rest easy – the choice of roast beef or turkey is sourced from local Hogman butchers in nearby St Peters, and is served with fresh veg.

“If we are getting people interested, why not keep it going.

"We are trying to promote the pub and the local butchers."

London plated up the most expensive ones – while Cardiff sold the cheapest.

JD Wetherspoon sparked outrage by axing roast dinners across its 950 boozers in 2016 – creating a massive gap in the market for a cheap Sunday lunch.