Britain’s top police officer has defended the use of ramming moped yobs after it emerged an officer is being investigated for injuring a teenager in a chase.

It emerged this morning that a police driver is facing a criminal investigation after a moped criminal suffered head injuries when he was knocked off a moped following a police chase in Erith, south-east London.

The officer could potentially face ABH charges or an internal misconduct hearing following a probe by the Independent Office for Police Conduct (IOPC).

The case will raise fears among police that they will not be protected from legal action after using the Met’s new ‘tactical contact’ method of tackling scooter gangs.

But, speaking on LBC radio this morning, Met Police Commissioner backed the use of the technique, insisting cases where complaints were raised are extremely rare. 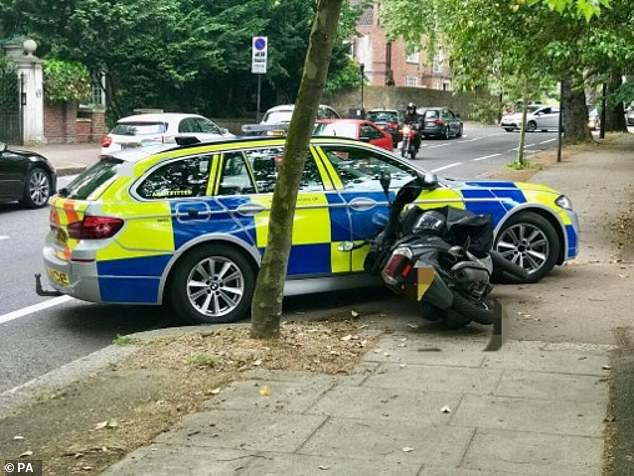 A Met Police officer is being investigated for knocking a moped criminal off his bike. File photo 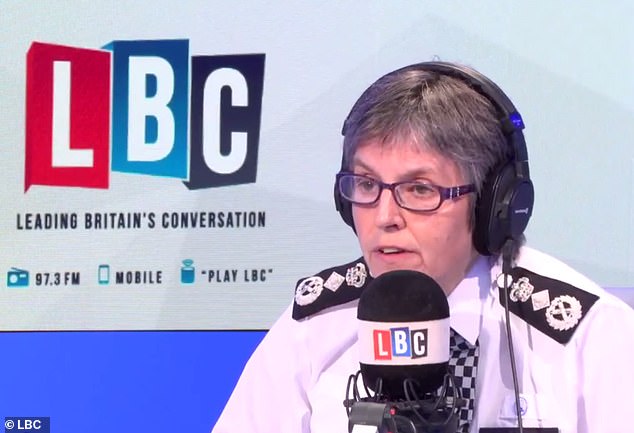 But Commissioner Cressida Dick has defended the method, insisting police are well trained and complaints are rare

She said: ‘We have had 650 pursuits, 63 have resulted in tactical contact, of those a very, very small figure have resulted in either the person being injured and/or a complaint about the officer. Officers have been commended by judges for this.

‘If someone complains about it, there will be an investigation… it’s in the nature of policing that we take risks.’

She said she had been shocked at how ‘anarchic’ moped gangs were ‘sticking two fingers up at the police and having a lot of fun’ during crime sprees when she first took the post.

She insisted that tactical contact and other methods had cut the problem, with 7,000 fewer victims of theft by moped robbers this year.

The Commissioner said police officers were prepared to take the risk in bringing down yobs in order to the protect the public and they were well trained to reduce the chance of injury.

The officer in Erith has been interviewed under caution by the IOPC after a 17-year-old moped rider, who was not wearing a helmet, was knocked down last year, The Guardian reported.

The criminal, who had led police on a chase from Kent into south-east London, needed three days of hospital for treatment to a head injury and a broken foot. 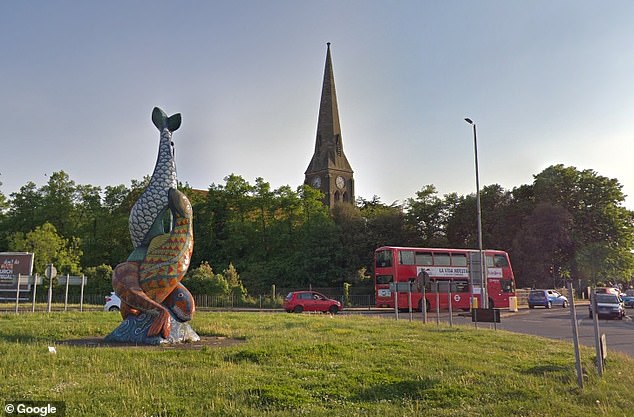 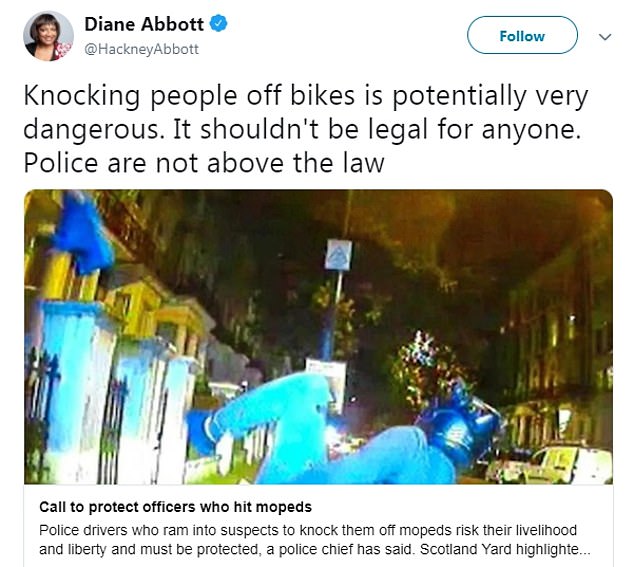 The IOPC said it will inform the officer whether they face charges ‘within weeks’.

An IOPC spokesman said: ‘Ultimately no police tactic can ever be used with impunity in a country where we police by consent – be that tactical contact, the use of firearms or the use of restraint.

‘It is always a matter of whether it’s reasonable and proportionate in the circumstances.

‘If it is – for example, as we saw at Westminster and Borough Market – then our investigations treat the officers as witnesses throughout and their conduct is not in question.

‘But it would be wrong to offer guarantees in every case. Independent scrutiny is a vital part of public confidence in the way policing is done.’

Senior officers have defended the use of tactical contact, saying it was needed to stop dangerous chases and has helped reduce moped-enabled crime in London by more than a third.

The manoeuvre has also been backed by Prime Minister Theresa May, who said a ‘robust’ response was needed from police to what she described as a growing problem of people using mopeds to commit crimes such as bag- and phone-snatching.

But Labour has raised concerns about the approach, which shadow home secretary Diane Abbott said was ‘potentially very dangerous’.