A British Airways plane with 328 passengers on board collided with a refuelling vehicle as its unaware driver, wearing noise cancelling earphones, attempted to fix his frozen computer tablet, a report has revealed.

The Boeing 747 jet struck the fuel transfer vehicle (FTV) as the plane taxied towards Terminal 3 of the busy Heathrow Airport, in December.

But a report into the crash, released on Thursday by the Air Accidents Investigation Branch (AIIB), has now revealed that the collision occurred in the dark when it was raining heavily, as the plane approached its final parking space. 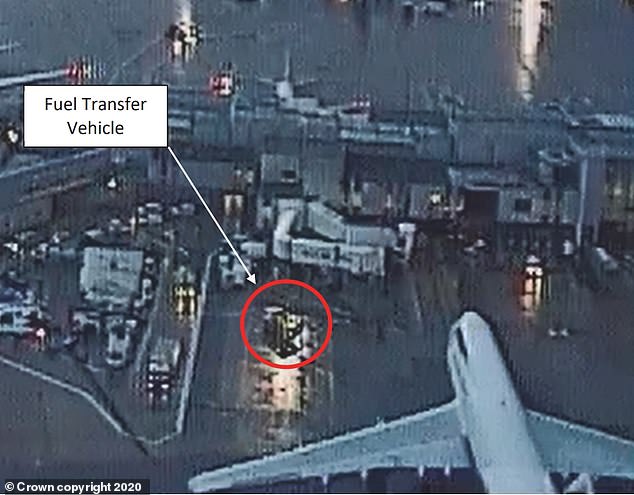 A CCTV photo from the crash’s report shows the British Airways plane approaching its final parking space, and the fuel transfer vehicle situated to the left of the plane 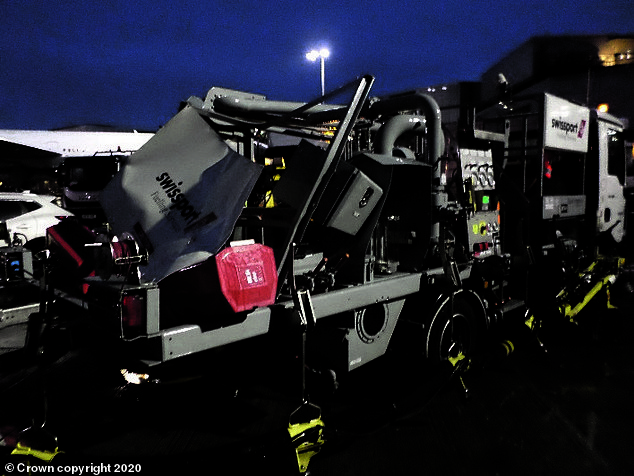 The AAIB report said: ‘The stand was occupied by an Airbus 320, operated by the same company, which was running behind schedule.

‘The Airbus commenced push back at 15.39 hours, pushing back far enough to allow the 747 onto the stand. It was dark and raining heavily.’

But the fuel transfer vehicle (FTV) had remained on stand after refuelling the previous aircraft. Neither the flight crew nor the ground staff responsible for the arrival saw the FTV before the collision.

The 60 year old pilot said his initial focus was to the right of the aircraft to ensure its wingtip was clear of the Airbus. 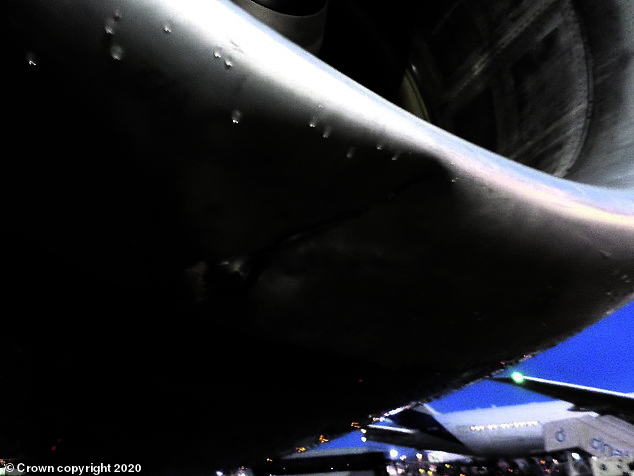 The AAIB report said: ‘He did not see any vehicles on the stand although he recalled it was difficult to see the white stand markings due to the standing water, heavy rain and the glare of the terminal lights.

‘The aircraft continued onto stand, parked in the normal position and shutdown.’

After the passengers got off, the crew was told that one of the plane’s engines had struck the fuel vehicle – fortunately, the driver had been in the cab but was unhurt.

The driver said he had refulled the Airbus and stayed on stand to complete his electronic paperwork, but his tablet computer had frozen and he was trying to fix it when the collision happened. 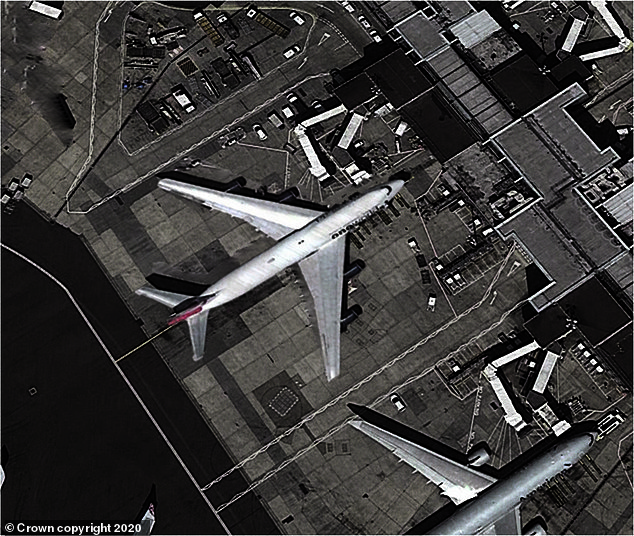 He said he was unaware of the 747 approaching as he was facing away and was wearing ear defenders. Both the engine and the tanker were repaired.

The AAIB report concluded that neither the flight crew – of which there were 17 – or the ground staff saw the fuel tanker on the stand. Safety action has been taken.

It said: ‘The adverse weather conditions are likely to have been a significant factor.’

British Airways said that the ‘safety of our crew and customers is our top priority’ and ‘the minor damage to the aircraft was repaired and it was returned to service.’