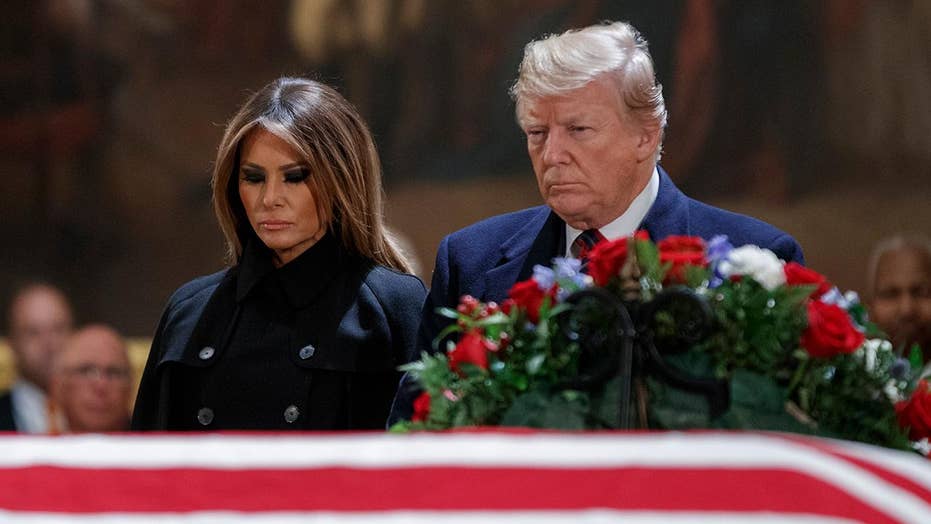 The Bush family contacted the White House this past summer saying that President Trump would be welcome at George H.W. Bush’s funeral and assured Trump that the focus would be on the 41st U.S. president’s life rather than their disagreements, The Washington Post reported, citing a former administration official.

A person close to the funeral preparations told The Post that the tone of Wednesday’s funeral at the Washington National Cathedral will reflect the sense of propriety of Bush, who "wouldn't want anyone there to feel uncomfortable, including the incumbent president."

“If anybody at any time knew anything about the 41st president of the United States, they would completely and totally understand that he would welcome the current occupant 100 percent,” an aide in the office of the former president told the publication. “This is the way the country says goodbye to presidents.”

Trump had the final say over important funeral details, the person said, including providing Air Force One to carry the former president’s body from Texas to Washington for the funeral and back to Texas on Thursday for another service and burial.

The Trump White House has accommodated all the Bush family’s requests for the state funeral. The Bush family will be able to stay at Blair House, the official guesthouse across the street from the White House, a person familiar with the planning told The Post.

First lady Melania Trump, who represented the White House at former first lady Barbara Bush’s funeral in April, was struck by the Bush family’s graciousness toward her, one official told The Post. She conveyed that to the president, who did not attend that funeral, the official said.