No-deal Brexit would be ‘crazy’: Business Secretary Greg Clark delivers dire warning as senior MPs are summoned for secret briefings on impact of crashing out of the EU

Business Secretary Greg Clark today warned that no-deal Brexit would be ‘crazy’ – as senior MPs were summoned for secret briefings on the impact of crashing out.

The Cabinet minister said failing to reach agreement with the EU would risk ‘destroying’ crucial parts of the economy.

The incendiary warnings came as Theresa May scrambles desperately to save her Brexit deal from what looks like certain defeat next week.

Mrs May said this morning that killing off her plan could result in no-deal, or no Brexit at all. But Mr Clark is thought to be among a group of ministers who would revolt if there is a danger of a chaotic departure from the bloc.

As the government steps up the pressure, senior MPs and former ministers on the privy council – who are entrusted with confidential information – have been called to the Cabinet Office for briefings on the consequences. 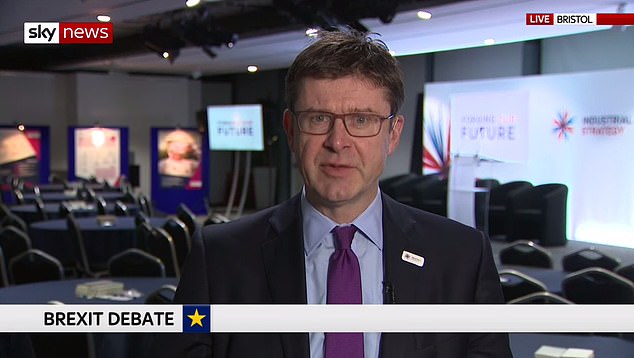 Brexiteers slammed the sessions at the Civil Contingencies unite as an attempt to ‘spook’ opponents of Mrs May’s plan, and insisted no-one would be fooled by them.

But in an interview on Sky News this morning, Mr Clark said crashing out would cause massive damage to manufacturing and trade across the Channel.

He said it would ‘destroy the foundation of the success of some of our most brilliant industries’.

‘It would be crazy to disrupt at a time of great prosperity for some of these industries,’ he said.

Meanwhile, Thames Water has warned of a no-deal Brexit threat to clean water and confirmed talks with the Government to safeguard supplies.

Chief executive Steve Robertson said the group is ‘working closely’ with the department for Environment, Food and Rural Affairs (Defra) as the industry tries to ensure it has enough supplies of chemicals to treat drinking water.

He said the ability to stockpile many of the chemicals was limited, as many need to be refrigerated.

He stressed there would not be a water shortage, but said the industry was having to take action and might need to call on the Government for back-up support on certain supplies.

Mr Robertson said: ‘There’s no need for panic, but we do need to recognise there’s a threat from the point of view of supply of chemicals.

‘It may be that we need some support from the Government.’

He added that the industry is putting in place no-deal contingency plans by maximising storage of chemicals where possible, with firms also planning to ‘mutually support’ each other.

It comes after reports suggested that Environment Secretary Michael Gove opted to back Theresa May’s Brexit deal amid fears over clean water supplies in a no-deal scenario, although he has since given assurances that water will be safe.

A senior source on the Tory Eurosceptic ERG group of MPs said the Cabinet Office briefings for MPs were ‘outrageous boll***s’, warning that attempting to ‘spook grandees is pure bullsh** theatre’. 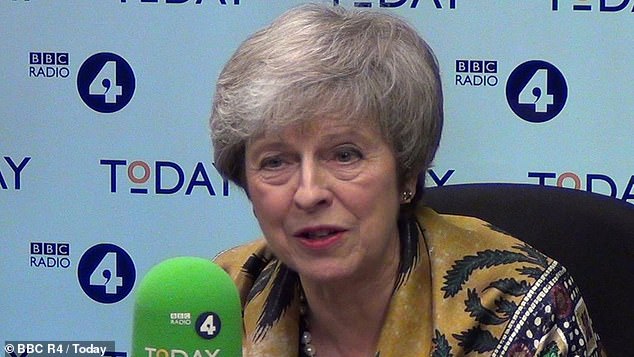 Theresa May said this morning that killing off her plan could result in no-deal, or no Brexit at all