Incredible close-up footage shows a fish suddenly vanish below the seabed in a bizarre game of underwater hide and seek.

The fish – which feeds on the ocean floor – swims into shot in the waters off Cannes, France.

It swings around and appears right in front of a snorkeling tourist’s camera. 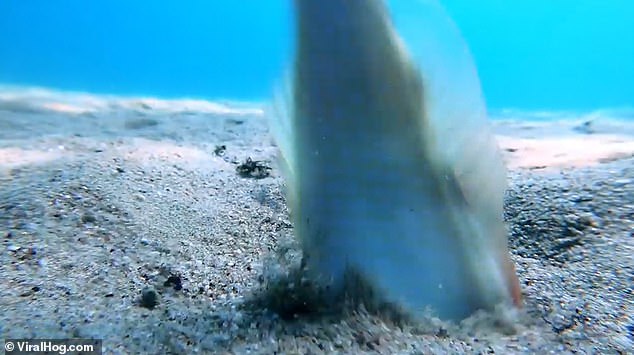 The fish swims into view and dives down into the bottom of the sea off the coast of Cannes, France 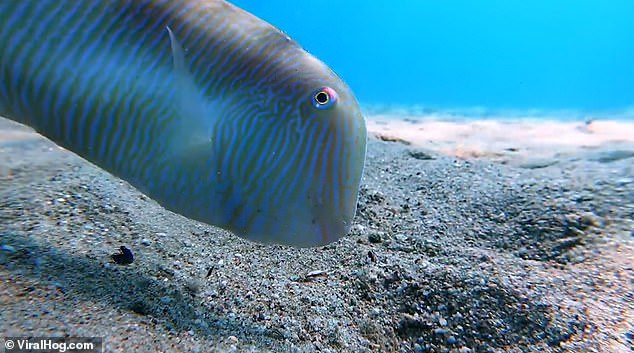 Before it decides to take the plunge, it looks directly down the camera lens as it prepares its vanishing act through the sand 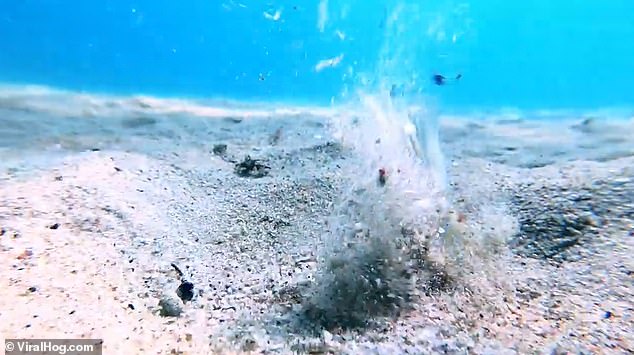 The animal hesitates for a moment then disappears in a flash as it burrows under the sand.

The fish is completely invisible for several seconds before it resurfaces.

Finally the small creature slowly pokes its striped head out of the sand. 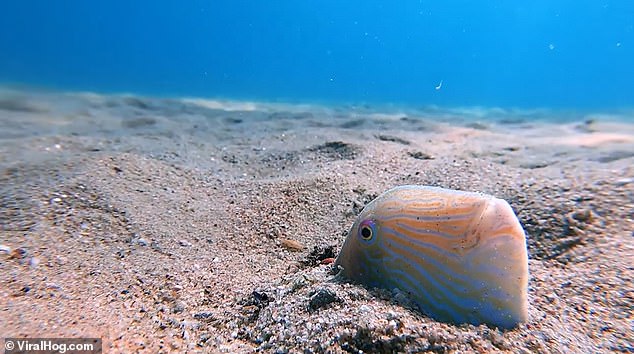 It comes just a quarter of the way out to check there are no predators around, before re-emerging completely, flapping its pectoral fins.

The tourist who took the clip said: ‘During a snorkeling trip, we saw a sultan of the sand moving around the place he lives.

‘We tried to film him when he went in and out by leaving a camera close to where we saw it.’