Inspectors visited the now-closed 10-bed facility for women aged 18 and above who have a learning disability in July and August.

The inspection came after Cygnet Health Care saw footage of one woman being targeted during an incident on July 18.

At the time, the ten-bed hospital held eight adult female patients with autism or learning difficulties.

In their report, inspectors said: ‘Some staff subjected patients to emotional and physical abuse. 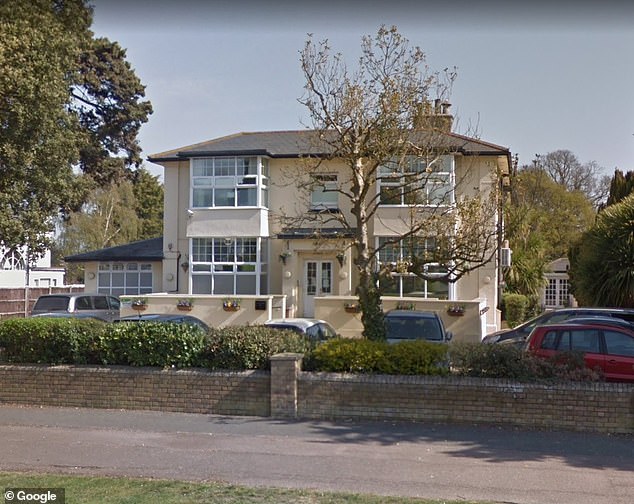 Two workers at Cygnet Yew Trees in Kirby-le-Soken, Essex, have been referred to police after shocking CCTV footage showed patients being dragged across the floor and kicked

‘We witnessed staff shove a patient.

‘We witnessed staff using verbal and non-verbal communication with patients, the content of which the hospital assessed as a trigger for patients’ anxiety.

‘We saw extremely negative interactions where staff visibly became angry with patients, threw items in the vicinity of patients and stood very close to patients with intimidating body language (arms crossed, standing over them).’

Eight members of staff were suspended, along with two agency workers.

The report said that nine of the 21 CCTV clips showed ‘examples of staff abusing patients, acting inappropriately or delivering a poor standard of care’.

Staff ‘lacked the confidence and integrity to raise concerns about poor patient care’, the report said.

Managers suspended eight permanent members of staff from working at the hospital.

The suspended workers include members of staff who are understood to have witnessed the alleged incidents but not reported them.

The report said Cygnet’s leadership has also made referrals to the police and offered psychological support to patients who experienced abuse.

The facility is rated as inadequate by the CQC and is subject to enforcement action.

Dr Kevin Cleary, CQC deputy chief inspector of hospitals and lead for mental health, said: ‘Our latest inspection of Cygnet Yew Trees revealed that people who lived there were being subjected not only to poor care, but to abuse.

‘Some staff who had witnessed this abuse did not escalate it.

‘Although they may have feared the consequences of speaking out against colleagues who had abused patients, their failure to act perpetuated abuse and allowed a culture of poor care to become established.

‘Cygnet’s leadership has made efforts to address the harm people experienced while in its care, including suspending staff and making police referrals.

‘This does not change or excuse the fact that a culture was allowed to develop at this hospital which led to people suffering abuse.

‘Any enforcement action we may take will be published as soon as legal restrictions allow.’ 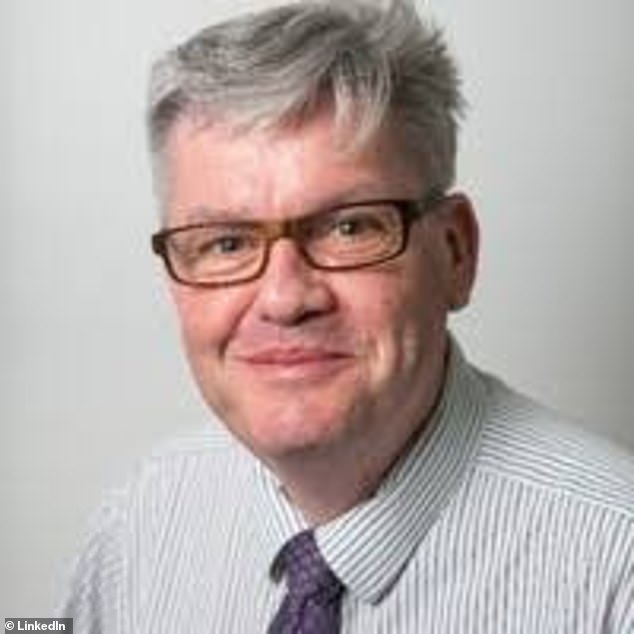 Dr Kevin Cleary, CQC deputy chief inspector of hospitals, said patients were ‘subjected not only to poor care, but to abuse’

A spokesperson for Cygnet Health Care said: ‘Cygnet has a zero-tolerance approach to any kind of abuse, which is why the well-established policies and processes we have in place to safeguard people in our care were backed up by the use of closed-circuit TV at Yew Trees.

‘It was through Cygnet’s monitoring and auditing of CCTV that an incident on 18 July 2020 involving one patient was identified by our managers and we took immediate action to report our concerns to the Care Quality Commission.

‘We also contacted Essex police, the Nursing and Midwifery Council and our commissioners, as well as launching a wide-ranging investigation of our own.

‘Following our investigation into this incident and a separate incident that had also been recorded on CCTV, involving a second patient, we suspended eight members of staff and two agency workers.

‘These included people we believe witnessed the alleged incidents and failed to report them. Four have since been dismissed.

‘As an organisation, we recognise that the processes we have in place to protect patients are only effective if we are open and transparent, and we work collaboratively with the CQC and our partners.

‘The safety and wellbeing of the people in our care is our absolute priority, and we are appalled by the actions of this small minority of staff at Yew Trees.

‘As soon as the issues came to light, our managers took steps to support the two patients involved, including to offer specialist support. We are also doing everything we can to assist the authorities to fully investigate what happened.’