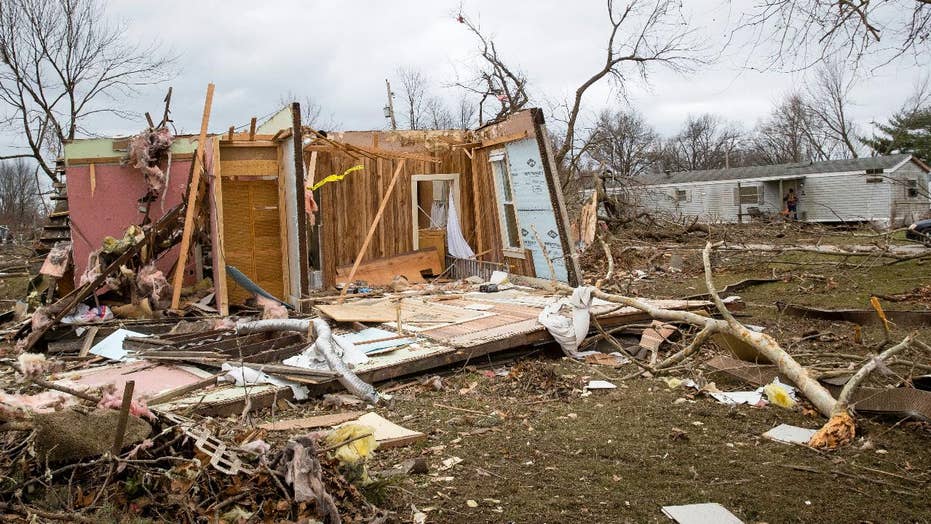 Cellphone footage captures the moment of a rare December tornado touching down in central Illinois.

The National Weather Service on Sunday sent teams to Taylorville and areas along the Illinois River to survey damage, the Springfield Journal Register reported.

The hardest hit in the area from Saturday's tornadoes was Taylorville, 30 miles southeast of Springfield, according to the paper. 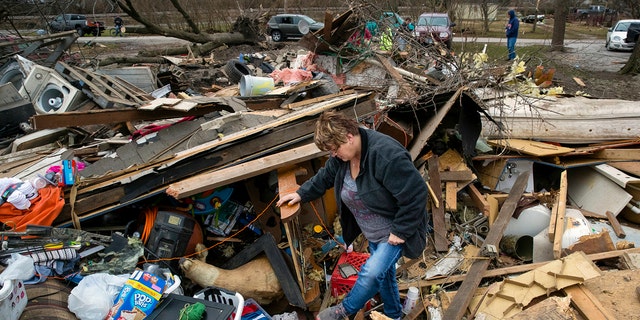 “I was on the south side when the storm came through,” Taylorville assistant fire chief Andy Goodall said, according to the paper. “There was multiple, I would guess over 100 (homes) easily, that were damaged severely because it took a pass almost right through town. And most of those houses’ roofs are gone and significant damage, including my own.”

The 21 who were injured were from Taylorville and included a 9-year-old and a 97-year-old. Doctors said three of the injured were taken to a hospital in Springfield in serious condition. 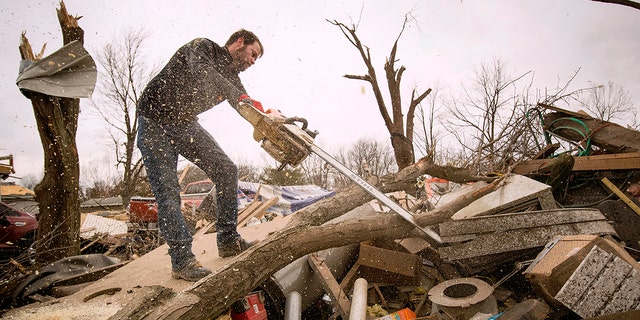 No deaths have been reported in Illinois. One death was reported in southwest Missouri early Saturday after thunderstorms there.

WOMAN STABBED TO DEATH AFTER ROLLING DOWN WINDOW TO GIVE WOMAN MONEY, POLICE SAY

The storms knocked out power to about 4,000 homes, the paper reported.

The National Weather Service said peak months for tornadoes in much of the Midwest are April and June.

The tornados were reported in Christian, Cass, Fulton, McDonough and Schuyler counties, the Chicago Tribune reported.