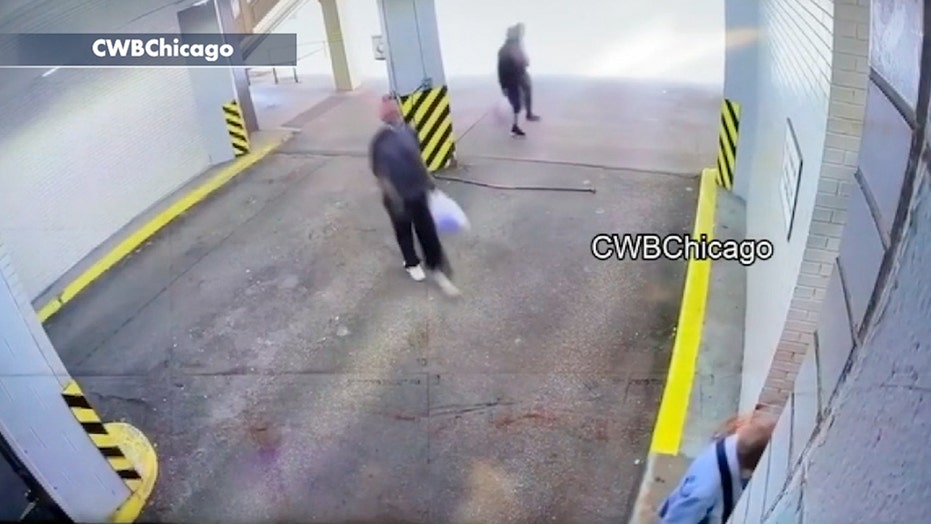 Surveillance video shows an 85-year-old Chicago woman being robbed as she enters the back door of her Michigan Avenue condo building.

An 85-year-old woman in Chicago was hospitalized Wednesday after a brutal robbery was caught on surveillance showing the suspect approaching her from behind and slamming her to the ground, a report said.

The woman can be seen walking to her apartment building in the city’s posh Magnificent Mile and, while she enters, the suspect appears to grab hold of her purse and pulled her to the floor, according to a video first obtained by CWB Chicago.

The station reported that the suspect fled and was with two others. Police did not confirm the woman’s condition, but the station, citing a source, reported that she is expected to recover.

Judges in Chicago have increasingly ordered criminal defendants placed into an electronic-monitoring program in lieu of jail, a move police officials blame for the surge in violence in the city.